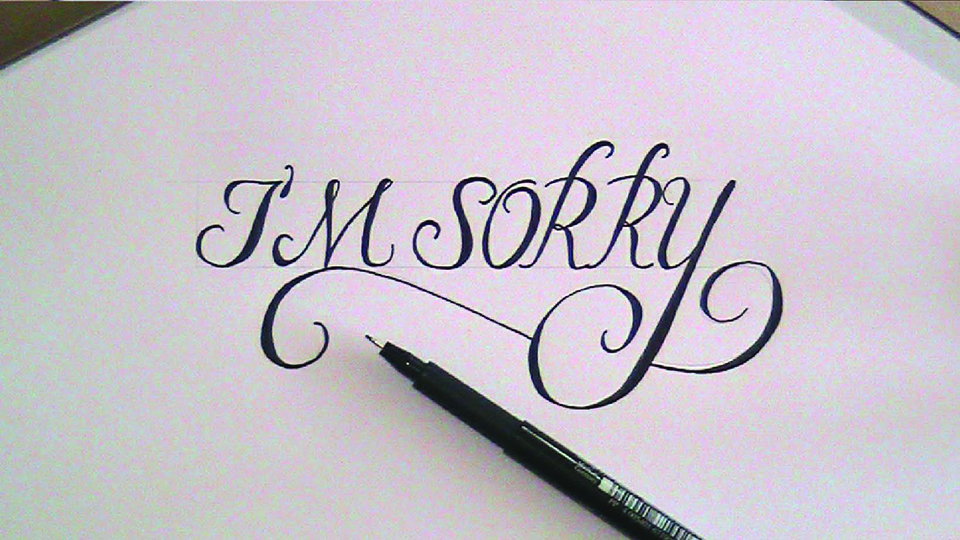 My day starts with a call from my mother. The tone in which she utters her ‘hello’ usually tells me more about what’s on her mind than what she actually ends up saying during the course of our telephonic conversation. So today, when I spoke with her, I detected an underlying tone of anxiety in her voice. She had been looking for some important papers which seemed to have been misplaced. After having rummaged through all her cupboards she had lost hope of finding the papers and that further fueled her anxiety.

While she was on the phone with me, she got a call from dad saying ‘I am sorry, I found the papers at my office drawer’. This call changed the entire conversation between us. It now revolved around dad’s apology call and it was important and special for her simply because dad had apologized. It completely changed the situation because getting an apology from a husband is something unusual in our part of the world where patriarchy is still widely practiced.

But let’s step back and think, isn’t ‘sorry’ one of those magic words taught to us during our kindergarten days? Why is a word so small and simple difficult to utter? Perhaps, the importance of this magic word is often undermined because we don’t realize how easily it restores us to a moral high ground and, to an extent, eases the pain we might have caused. While growing up we were taught, either by parents or by our teachers, to apologize every time we made a mistake which made saying ‘sorry’ a household rule and as easy a word as ‘thank you’. But as we grow older, we understand the complexities of human pride and self-righteousness and then we often find ourselves not being generous in using it.

Yet it almost rolls off our tongue when we apologize to those who we barely know. When we step on someone’s toe in a crowded elevator or bump against people in a busy supermarket we say ‘I’m sorry’ as easily as taking the next breath. We don’t think twice and we don’t weigh our self-esteem with the situation because we are strangers to each other and therefore it hardly matters.

Elton John, the singer and songwriter was right in saying ‘sorry seems to be the hardest word’ and it indeed becomes more difficult if the person is someone close to you. When you apologize you feel vulnerable. It feels like you are losing your power or status; you feel inadequate; incompetent and all of these make the simple word so difficult to say. Sometimes it’s our pride or ego that gets in the way making relationships less important in life than our inflated self-esteem. When saying ‘sorry’ has the magic to resolve conflicts and also has the power to save relationships, I wonder why we so often hesitate to say it where and when it really matters. This makes the act of apologizing so difficult in personal relationships as well as in relationships between nation states.

In 2015, when Nepal was busy trying to rebuild after the devastating earthquake, the Constituent Assembly passed its first Republican Constitution. India took offence at not having been consulted before the Constitution was passed and this unhappiness got reflected in an unofficial blockade at the Indian border which crippled the Himalayan nation.

The blockade, though never owned up to by India, was seen by Nepal as a covert attempt to teach Kathmandu a lesson. This distrust on the part of Nepal and muscle-flexing by India strained the relationship to its breaking. To save the kindred bonds that bind India and Nepal together both the countries should walk that extra mile and to begin with, an apology from India could have acted as a balm to the wound which is still fresh in the minds of the Nepali people.

An apology doesn’t have the power to undo what has been done but does possess the power to help ease the pain giving hope to rebuild the relationship. However, this is expecting a bit too much from countries which are high on power distance, a dimension based on the theory by psychologist Dr Geert Hofstede’s cultural dimensions. It is this dimension which holds us back from saying ‘sorry’ as our culture has an appreciation for hierarchy along with a top-down structure in society and organizations. This is why even after four years big brother finds it difficult or doesn’t feel the need to offer an apology.

Like nations, individuals too struggle when they have to apologize not only at home but at work too. The power distance is so high between people both at work and home that one hardly gets an apology from someone higher in rank, position or relation. It is not because they are always right but because saying ‘sorry’ requires taking off the blinders that they wear and facing their flaws. Some feel they are either too old, too senior, too important or socially superior to say sorry. They refuse to apologize or even address what went wrong because they don’t want to be the one who “gave in.”  And so, they end up valuing their individual pride more than the relationship without realizing how powerful and magical this five-letter word is.

Words have the power to heal or tear apart relations and ‘sorry’ is perhaps one of the three magical words which we are all taught in our growing years so that we may navigate with compassion our journey through life as social beings. (Other than sorry the two other words are ‘please’ and ‘thank you.’) But ironically as we grow up to be adults, we forget the proper usage of the magic words. The more successful we are the more forgetful we get. Therefore, it is important to pause and consider the cost of forgetting our childhood lessons and learn to let go of our ego because when we say sorry it doesn’t mean that we are acknowledging defeat

It just means that we are reiterating the value of a personal relationship as being more than the sum total of our misplaced ego. After all, making things right is way more important than being right.

The author is a freelancer based in New Delhi and is also Management Expert at EMERGE, Nepal

While dam construction is gaining pace, Nepal does not have dam safety legislation and policies to enforce effective dam safety... Read More...

Nepal’s divorce law is unfair to men
20 hours ago