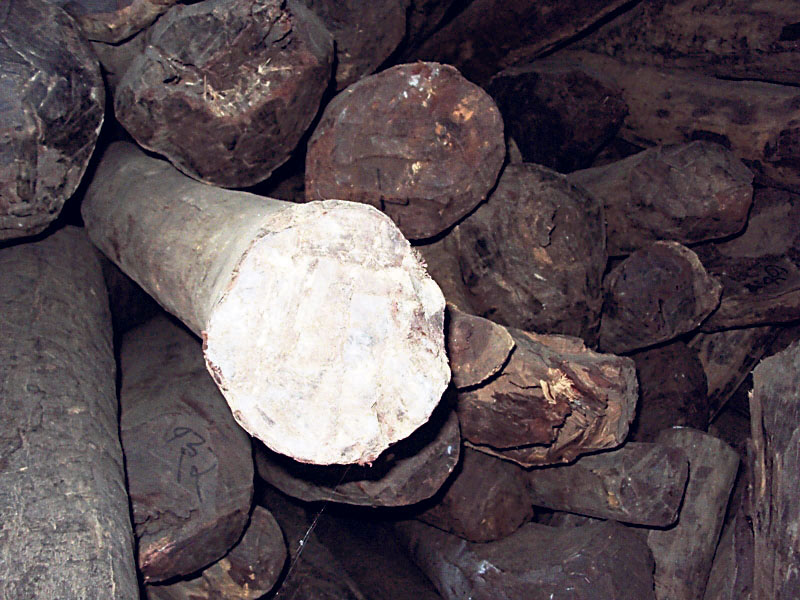 RASUWA, Sept 25: A huge quantity of precious sandalwood was found to have been stolen from the government’s store itself. The sandalwood was seized from smugglers while being taken to China through Rasuwa route.

Sources informed that timber was scheduled for dispatch to the forest department at Babarmahal, Kathmandu. Of the 13950 kg of the sandalwood collected during the last five years, 1200 kg has gone missing from the store.

“Of the total 527 red sandalwood lumbers, six have been missing. We are investigating their disappearance,” Uma Poudel, deputy chief of DFO, Rasuwa said adding that her office will send the remaining timber to Kathmandu at the earliest.

Poudel stated that the timber were sealed and stored in the store and expressed complete ignorance about the disappearance. “I was there when the lumbers were sealed. I was there while the door was locked. But now it has come to our knowledge that some of them are missing,” she said adding that the disappearance came to the fore only when the timbers were being readied for the dispatch.

Some officials speculated that the timber might have gone missing in 2010 when the office had tried to sell it off. The effort to sell the timbers under the leadership of the then chief DFO Bishnu Kant Mishra had derailed. The store room is guarded by four security guards and Nepal Police.

Even our store was badly damaged and since then the store has not been safe,” Poudel explained.

JAJARKOT, April 19: A youth went missing in the Bheri River. Sharan Pun, 27, of Chhedagada Municipality-1 had gone to... Read More...

TANAHUN, July 15: A girl has gone missing after being swept away by the Setimadi River today. The missing is... Read More...

RAUTAHAT, July 3: A child has gone missing after being swept away by a river in the district. The missing... Read More...