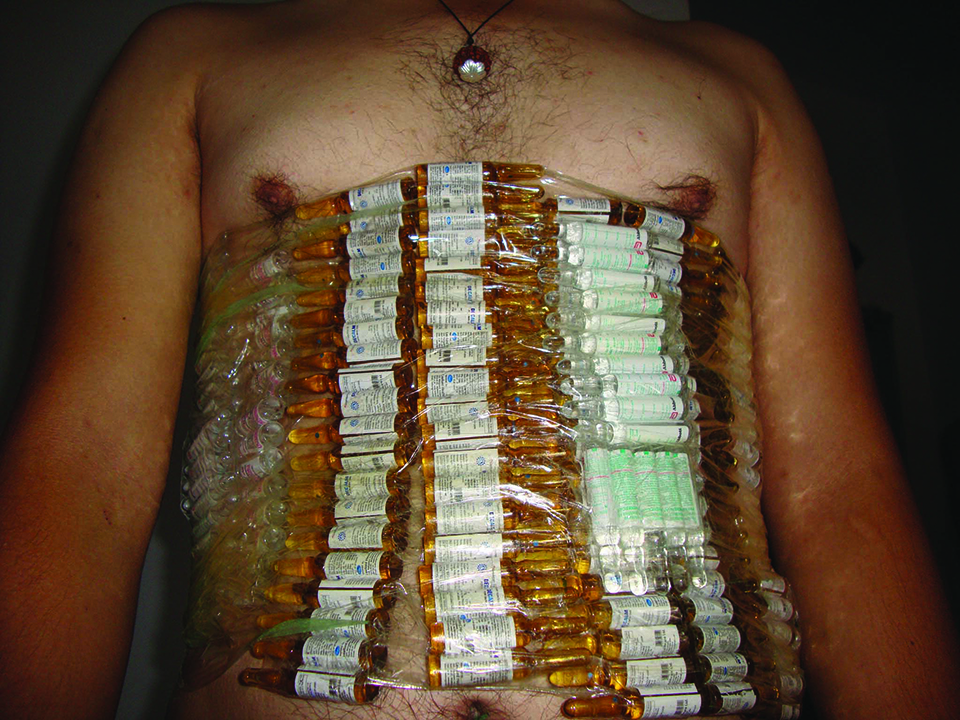 Smugglers from Pokhara, Chitwan use the route to smuggle illegal drugs

BUTWAL, Aug 26: Police arrested Krishna Gurung of Pokhara from Nawalpur for smuggling drugs last Friday. Gurung, a local of Lekhnath Municipality, used to smuggle drugs from Indian towns near Rupandehi border to Pokhara and other cities.

The police also detained Kumar Rai on the same day for the same reason. Rai, a local of Ranipauwa of Pokhara, was carrying drugs in his scooter, and the police stopped him in Nawalparasi.

Two other youths from Nawalparasi also fell in police net for drug smuggling recently. The two, locals of Nawalparasi, Munna Kahar and Reshamraj Kahar were arrested after they were found possessing brown sugar. The duo had brought it from Sunuali market of India on their motorcycle.

The scenario raises the question of whether Pokhara, Chitwan, Rupandehi and Bhairahawa are developing as a transit for drug supply. All those arrested smuggled drugs from across the border. According to the District Police Office of Rupandehi, drug lords use drug addicts themselves as carriers of drugs.

“The boys we arrest in connection with drugs are generally from 14 to 40 years old. It has been found that big drug smugglers use drug abusers to smuggle the material from India,” said Hridaya Thapa, chief of the police office. “They smuggle drug packets from border side Indian towns and villages into Nepal,” he added.

A total of 371 drug-related cases were filed in Rupandehi during the last one year. And police arrested 521 people including 32 females on drug abuse, smuggling or both charges during the period.

“Many of the arrestees were hiding drugs in different parts of their body. Sadly, even very young boys as little as 14 years old are into drug smuggling,” said Thapa.

According to Thapa, they claim themselves to be just porters who carry the packets from one place to the other. But most often than not, the porters are also abusers.

“In the Indian markets, many types of drugs are sold openly. Boys from here can have easy access to them. And when the security is not tight in the border, they can get across quite easily,” Thapa said.

It has been learnt that the Indian villages of Farena, Kailashnagar and Kalimandir villages near Sunauli supply the maximum volume drugs to Nepal.

According to a local of Sunauli who requested anonymity, police both in Nepal and India are liberal towards drug smugglers. They don’t do proper checking, he alleged.

“Drug smugglers cannot smuggle drugs across the border if the police checked them properly. But police force on both sides of the border has not serious about controlling drug smuggling,” he said.

An inmate in Sunauli jail stated that heavy traffic in the border used to make it easy for him to smuggle drugs into Nepal. “There is always a huge crowd at the border. You can easily smuggle stuff from one side to the other,” he said. “Drugs worth Rs 200 in Sunauli can be sold for Rs 500 in Chitwan and other places. So it’s a profitable business,” he added.

Chief of Police of Province 5, DIG Suresh Bikram Shah, stated that police alone cannot address the problem of drug abuse and smuggling. For this, all the stakeholders must work together. “Parents have to be equally aware of the activities of their children. There are many aspects of social life, and until and unless every component is in place such issues cannot be addressed,” he said.