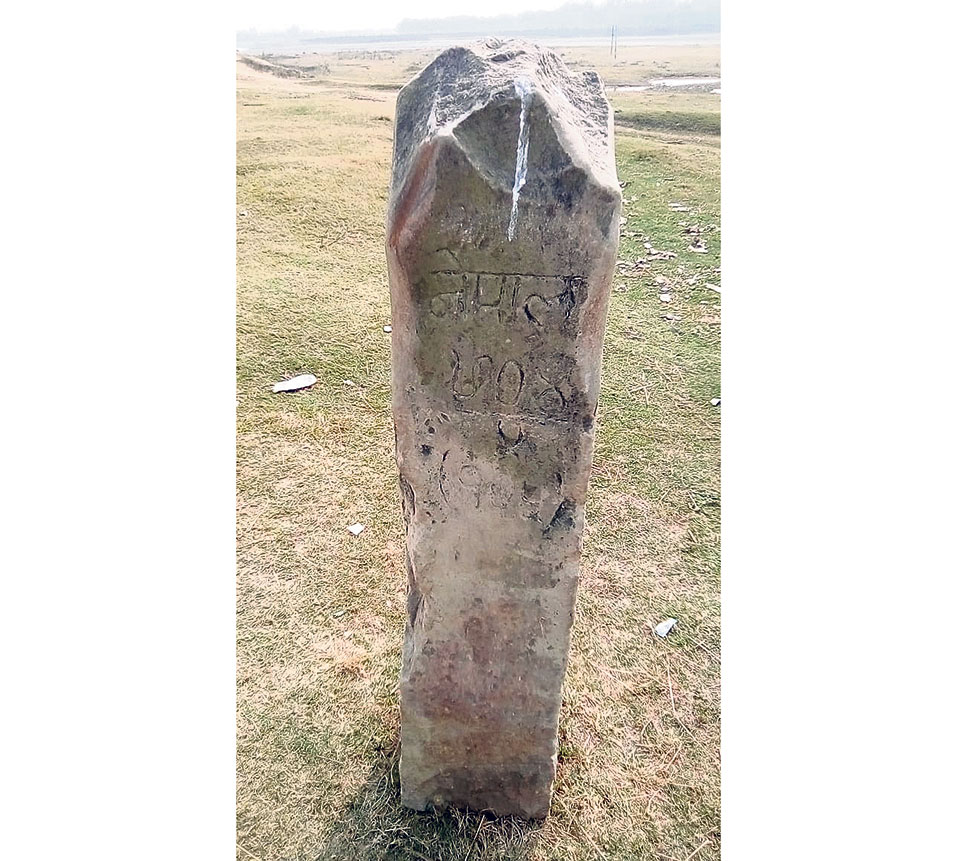 A border pillar in Kailali.

TIKAPUR, Jan 22: Locals of Tikapur have accused India of attempting to encroach upon the land in the Nepali territory by shifting the border pillar of Khatrola in, Tikapur Municipality-9 in Kailali district. They said India is conspiring to shift the pillar number 704/5.

“If they move the pillar, the houses of at least two locals and around 50 bigha of Nepali land will fall into the Indian territory,” said Laxmi Koirala, a local. Her house and that of her neighbor Tularam Koirala are at risk, she added.

Dirgha Thakulla, a spokesperson of Tikapur Municipality, also expressed fear of Indian attempts to encroach the land well within Nepal.

“Some of the pillars are missing. Based on the lost pillar, there are attempts to move the current pillar to make up for the lost one. I feel that this could be a conspiracy to encroach our land,” he said.

Instead of shifting the current pillar, Thakulla said that the missing pillars should be searched and reinstalled on its original location on the basis of the pillars that remain standing.

KANCHANPUR, Jan 25: The Indian side has been building a brick wall near the no-man's land at Dokebazaar of Purnawas... Read More...

NAWALPARASI, Aug 26: Efforts made by the Indian side to expand road in the disputed territory of Susta has led to... Read More...

Why We should All be Feminists
33 minutes ago