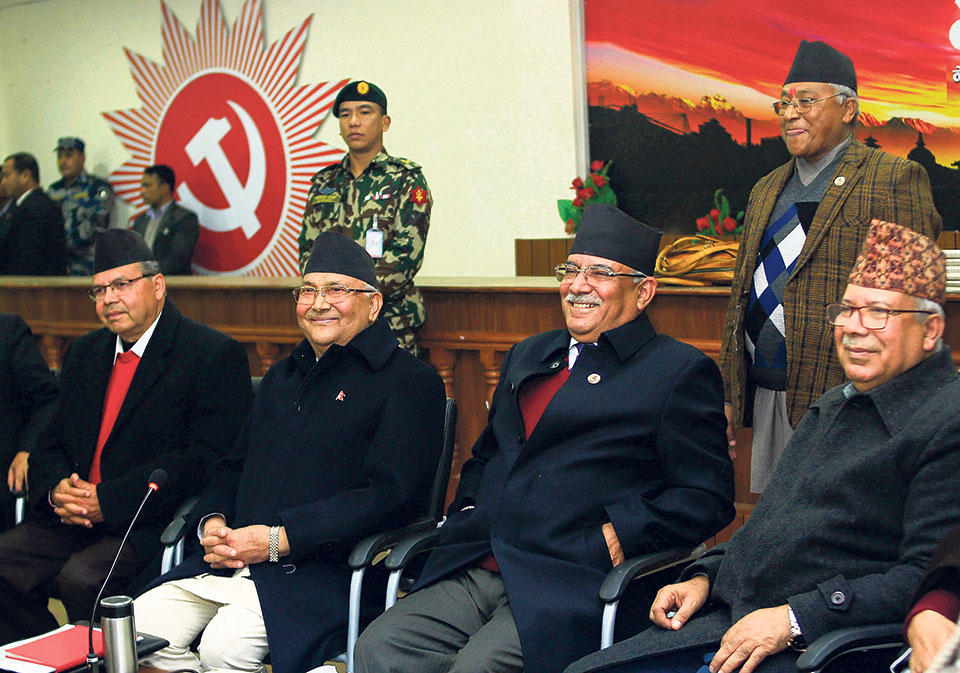 Is there any rational to participate in voting? Why are we voting? For whom are we voting? Isn’t it time to look for an improved system of securing representation even when that happens through voting?

The ongoing wrangling within the ruling Nepal Communist Party (NCP) has brought to fore the question of relationship between statecraft and citizenship. In the near history, one of the key indicators to cement this relationship has been the voting process as part of what could be termed as electoral democracy. The replacement that we have witnessed after 1990 oscillated among the parties and gave rise to the new legitimacy of voting system therein.

In this context, voting process is touted as one of the key indicators of a society and by effect the corresponding state staying the democratic course. However, this argument can also be considered a bookish understanding of the process. It is important to understand as to why people participate in the voting process in countries like Nepal despite many of the futilities thereafter. Of course, expression of their rights is there. But there is more to it. In this write up, the authors want to argue that voting process entails a far more complex process than mere expression of constitutional rights and civic duties.

Party politics and voting anxiety
The last three decades in Nepal have witnessed rise, growth and decadence of competitive party politics as parties (primarily dominant ones) occupied central political, social and economic space. It is through the people's vote the political actors affiliated to their respective parties exercise and assert their political authority albeit in a coercive manner. Interestingly, the flexibility and openness that can be seen prior to the election can rarely be witnessed after the rituals. Instead, parties acquire absolutist tendencies after capturing state power to which they are capitulated through election. The parties nonetheless seek to renew their legitimacy through voting in the electoral process, which were not always periodic. It is interesting to note why and how people (who increasingly turn as party cadres) participate in the process to renew not just the mandate of the parties, but cement their own relationship with the state in the matter of governance and recognition.

Ideally, people elected through the electoral process are considered to formulate laws that govern and guide the societies that they claim to represent. But that is not necessarily how the elected members are viewed by their societies. Given that access to state still remains a far cry for many of the people, elected representatives therefore, are seen as ‘easy’ medium to fill that void. As a result, the elected person soon turns into an agent of development activities. S/he is expected to look into the basic needs of the constituencies such as access to public utilities. In addition, the representative also has to perform the role of a guarantor for his/her constituency. One of the common examples of such guarantee is to secure scholarship or admission of a member of the constituency to an educational institution.

Why vote?
In the aforementioned passages it was shown as to how an elected member is viewed by the society. Then it is only logical to ask why people vote. Partially the question has been answered in the preceding paragraphs. However, it is not the intention of the article to deny that voting process does not form citizenship. Rather, it is to ascertain the varied forms of citizenship voting process brings to bear. In a society like Nepal which is stratified along varied lines, these very lines form the basis of citizenship.

When people queue to vote in the elections to express their citizenship, there are varieties to their voting behavior and choices. One of the common indicators used for voting is proximity. People choose their representatives on a wide scale of proximity. It may range from party affiliation to regional/caste/kin preferences. Politics creates its own form of networks through which both power wielder and the public is connected. These networks acquire special meaning in societies (and corresponding state) like Nepal where the idea of formal and informal set ups is differentiated by a thin line. In fact, it is the presence of aafno-manche (someone you know) in the political set up that makes all the difference to your access to the state.

Therefore, it is these preferences that get reflected in the voting process. People feel that choosing one’s own representative, hence, ensures some form of semblance in their relationship with the state. The aforementioned phenomena is quiet visible among the floating population in the city. The members of the floating population feel that the city they are working is yet to become their ‘home’. Hence, they flock to their respective places to vote. Leaders are also aware of this psyche. Hence, they too chip in with the logistical support of reserving buses to carry their potential voters back.

It is this continuous network that people want to be part of so that they do not feel left out as and when need arises. This may be one of the reasons why people who come to cities such as Kathmandu form district/regional associations, which goes by the term jillasamparkasamiti (district contact committee).Also, is it the people who are actively participating in selecting appropriate electoral candidates or is it the institutionalized tradition where the prospective candidates are nominated by the party's dominant echelon?

To conclude
If these are the ways and reasons for the people to vote, then we would have to understand the rhetoric and reality of the urge on the part of the population to mark their fingers with indelible inks after participating in the ritual of voting. The text book analysis may indicate democracy at play. However, there is a need to reevaluate this very idea and focus more on our lived experiences. Probably then we will be able to understand the paradoxes of our political behavior including voting process. Of all the paradoxes, one that is puzzling is to understand the cribbing on the part of the population over the failure of the parties (which includes the major actors who are driving the parties) and their enthusiasm to participate in the voting process. The question lurks large— is there any rational to participate in voting? Why are we voting? For whom are we voting? With these questions ever ringing, isn’t it time to look for an improved system of securing representation of people even when that happens through voting?

In world's biggest one-day election, Indonesia votes for its president

Meeting of Impeachment Recommendation Committee called for today
15 minutes ago