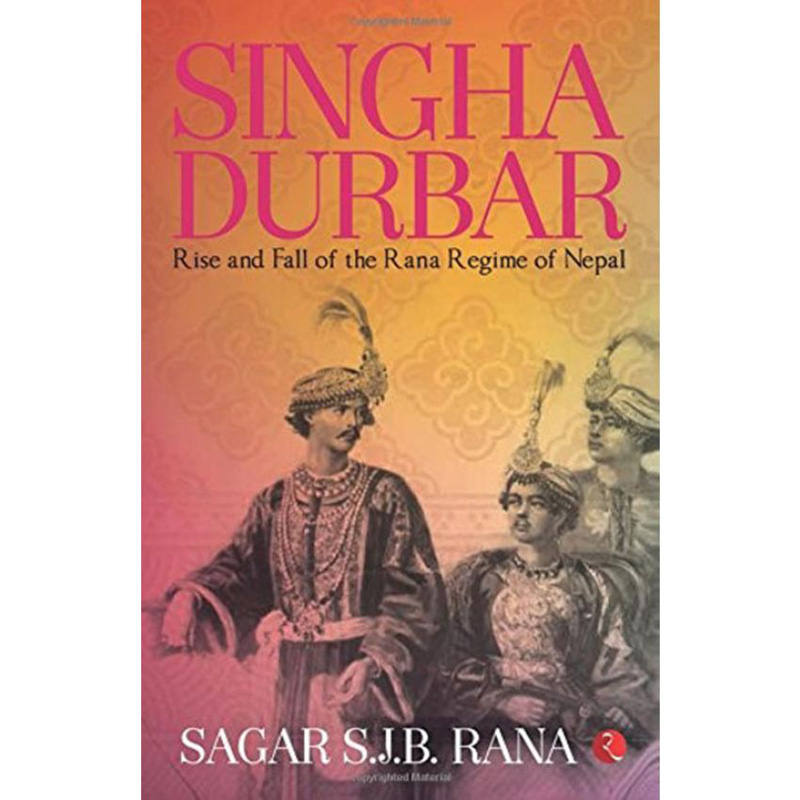 Unlike other books where Ranas are depicted as cruel villains, this one offers a more balanced perspective
The literal translation of Singha Durbar in English is ‘lion’s palace’. In Nepali politics, Singha Durbar symbolizes a central source of power and fiefdom. After the earthquake of April 2015, the palace may be in tatters but it continues to be the source of state power in Nepal.

So it is perhaps right that Sagar SJB Rana, an insider within the Rana oligarchy, should come out with a fascinating new book that has been titled after the palace. In Singha Durbar: Rise and Fall of the Rana Regime of Nepal, the author expertly revisits the 104 years of Rana oligarchy (1847-1951). Unlike other books where Ranas are often depicted as the cruel and eccentric villains pushing Nepal into a darker age at the height of the Industrial Revolution in Europe, Rana gives a fresh and more impartial perspective on the workings and dilemmas of the regime.

The book is an inside-out rather than an outside-in perspective on Ranas. The book starts with a quote from Toni Morrison, possibly the main inspiration for the author to write Singha Durbar: “If there is a book that you want to read, but it hasn’t been written yet, you must be the one to write it”. After reading the book, as Dr Karan Singh succinctly observes in his foreword, Rana may have to write companion volumes, in a similar tone, to keep his readers updated on contemporary Nepali politics.

Between 1947 and 1951, a total of nine Rana prime ministers ruled the country for varying lengths of time, starting from the usurpation of power by Jung Bahadur through the Kot Massacre in 1846. According to the author, the period of Chandra Shumsher (1901-1929) marked the height of the regime. This is also the period when Singha Durbar was built (1908). We can surmise the centrality of Singha durbar in Nepali politics by some historical facts. For instance, when Bhim Shumsher moved into Singha Durbar after the demise of Chandra Shumsher, 50 Rana family members and more than 500 servants had to be moved out.

The 426-page-long boor or rather a painstakingly undertaken research work is divided into three parts. The first part deals with contextual elements and the rise and fall of Prime Minister Jung Bahadur (1847) and continues till the toppling of Dev Shumsher (1901). The second part is about the heyday of Ranarchy under three prime ministers, namely, Chandra Shumsher (1901-29), Bhim Shumsher (1929-32) and Juddha Shumsher (1932-45). In the author’s telling, at that time, commissioning of Gurkha soldiers in two world wars to please the then British Empire seems to have greatly helped with the consolidation of the Rana oligarchy.

The third part of the book covers how the oligarchy was brought to an end (1940-1951) after the end of the British Empire in 1947. This part takes up more than half of the book and this is where this scribe finds much excitement and astute analysis. Ranarchy was being put under pressure from four hotbeds of political activism at the time, two inside the country (Palpa and Western Nepal, and Biratnagar and Eastern Mountains) and two outside the country (Banaras and Kolkata).

The regime ended when two democratic forces combined to fight it. One, BP Koirala and Ganesh Man Singh in Banaras befriended prominent social democrats there and were able to catch the imagination of grass-root political activists back home. Two, the Calcutta group (represented by Subarna-Mahavir faction of Nepali Congress) cultivated the upper crust of Indian politics. Together, these two forces exerted both bottom-up and top-down pressure on the regime in Kathmandu.

The book is a fascinating read in the sense that it presents a vivid picture of the time in terms of important socio-economic and political events back then. The writer has a way of portraying all the big characters that we have read about in Nepali political history in an interesting light, through the inclusion of the many twists and turns in their turbulent lives.

The role of India has been portrayed as dubious. It was simultaneously trying to please all three forces: the crown, the ruling Ranas and the agitating Nepali Congress. India’s political games in Nepal reached a different level when King Tribhuvan abruptly sought sanctuary at the Indian Embassy in Kathmandu on November 6, 1950. It was not planned like that. Instead, Nepali Congress had planned to take the king to Palpa, from where he was to declare the end of Rana oligarchy. This incident gave an upper hand to India and makes readers of the book today rethink the role of Tribhuvan in ushering democracy in Nepal.

When they heard of the compromise, BP Koirala was in Biratnagar and Ganesh Man Singh was languishing in a prison room of Singha Durbar. Even the then president of Nepali Congress, Matrika Prasad Koirala, denounced the so-called compromise at the outset. It had all been designed by India.

The book provides a fascinating background material for readers to compare contemporary politics with the then armed insurrection waged by Nepali Congress. The party was back then as divided as it is at present. Just like the warring Maoists were better armed only after looting arms from state forces, Nepali Congress back then got strong after looting arms from army barracks.

The 12-point agreement in 2005 looks like a re-enactment of Delhi Compromise in 1951 and Nepali Congress leaders taking sanctuary in India reminds one of the Maoists hiding inside India for most of the ‘people’s war’. There are more similarities between the two periods. Congress planned to move King Tribhuvan to Palpa, not New Delhi; likewise, the 12-point agreement was to be signed somewhere in Rolpa, not New Delhi. As luck would have it, history has today brought Nepali Congress and Maoists together to form a coalition government.

It can be said that maintaining special relation with India and at the same time avoiding over- dependence on it... Read More...