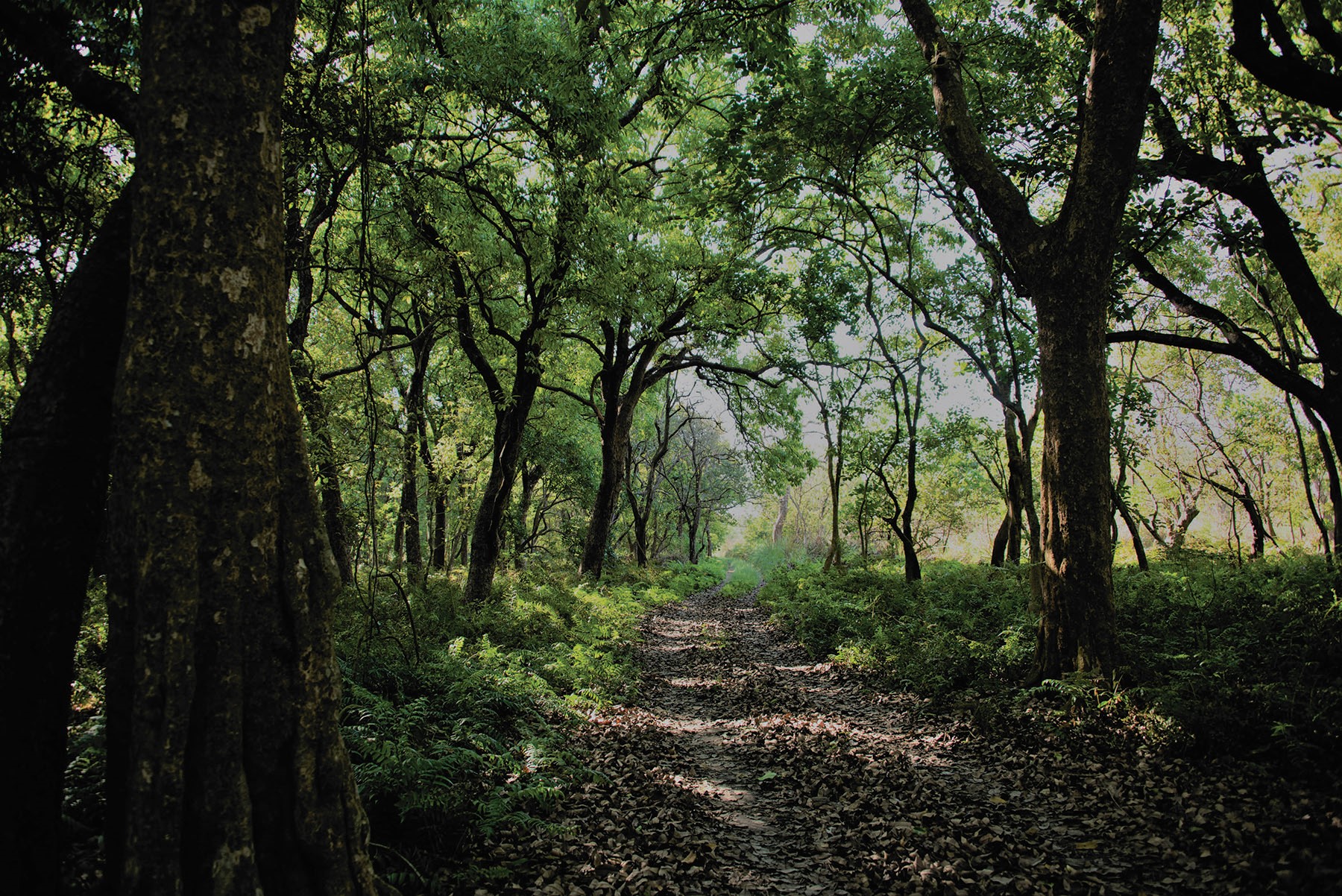 The author is a Forest Program Lead at WWF-Nepal
news@myrepublica.com

Forests are heavily exploited in Nepal’s Terai region with growing fragmentation of the contiguous expanse of forests in the region. Following the eradication of malaria in the 1960s, large scale migration from the hills to the low-lying region of Terai due to its fertile plains and accessibility has resulted in declining forest cover. For instance, deforestation rates stood at 1.3% per annum between 1979 and 1991. Rapid forest loss and fragmentation has consequently forced megafauna; including tigers, to live in isolated patches and led to declining populations.

Nepal adopted a landscape approach to conservation with the declaration of the Terai Arc Landscape in 2001 with the objective of creating contiguous habitats for wildlife and connecting natural ecosystems. The Terai Arc Landscape supports one of the most spectacular assemblages of megafauna in Asia such as the Bengal tiger and the Greater one-horned rhinoceros. Tropical and subtropical broadleaved forests, riverine forests, grasslands, and floodplains of the landscape, represented in the six protected areas, three forest conservation areas and three Ramsar sites of the region, provide habitats for 565 species of birds, 125 fish, 85 mammals and 47 reptiles. Meanwhile, the human population of the Terai Arc Landscape stands at over 7.5 million.

The Government of Nepal developed a ten-year strategic plan in 2004; revised in 2015, envisions the Terai Arc Landscape (TAL) as ‘a globally unique landscape where biodiversity is conserved, ecological integrity is safeguarded, and sustainable livelihoods of its people secured’. The strategies were developed engaging multiple stakeholders including local communities, community-based organizations, civil society organizations and government agencies. WWF is one of the conservation partners providing support to the Government of Nepal in designing the landscape, contributing to its strategic plans and implementing strategies on the ground. The Terai Arc Landscape Program co-led by the Government of Nepal and WWF Nepal aims to mobilize local communities and stakeholders for effective management and restoration of critical corridors to create and maintain ecological connectivity linking protected areas with forests and other conservation-friendly land-uses. Forest restoration is one of the priority interventions, mainly focused on deforested areas, degraded lands and flood plains particularly in the forest corridors within the landscape through a two-pronged strategy viz. plantation and promotion of natural regeneration to restore degraded lands.

Forest restoration in the Terai Arc Landscape over the last two decades has resulted in increased forest areas, improved population number for endangered species, as well as improved conservation benefits to local communities. Forest area in the region has increased from 1.28 million hectares in 2001 to 1.35 million hectares in 2016 with a net forest gain of 66,800 hectares. This gain was mainly due to forest restoration and forest protection through community-based forest management. Through the TAL program, a total of 22,791 hectares of degraded forest and degraded land has been restored in the corridors. Moreover, 237,050 families have been managing 162,818 hectares of forests as community forests that increase access to forest resources to local communities. Along with protection, forest restoration and community-based forest management has contributed towards the increase of wildlife populations, including flagship species such as rhinos and tigers. The tiger population has nearly doubled in the last ten years, from 121 in 2009 to 235 in 2018, while the rhino populations increased from 372 in 2005 to 645 in 2015. Increased wildlife population and movement of wildlife in corridors, has however resulted in increased human-wildlife conflict.

The community-based approach has played a major role in this process while also ensuring increased conservation benefits to local communities in the form of diversified livelihood options. Improved economic opportunities through green enterprises and nature-based tourism are key examples of this. Under the TAL program, over 2,200 households have initiated small scale forest and farm-based enterprises including production of essential oils, brooms, and nectars. Similarly, over 130 households in the landscape run homestays and secure revenues from nature-based tourism. More importantly, local communities now run cooperatives to manage the financial capital created through revolving funds and their own savings. For instance, approximately USD 5 million financial capital has been mobilized through more than 110 community-owned cooperatives for diversifying livelihood options of local communities and contributing towards reduced dependency on forests.

Forest restoration has also created an opportunity for participation in Reduced Emission of Deforestation and Forest Degradation (REDD+) schemes. An Emission Reduction Payment Agreement has recently been signed between the Government of Nepal and the World Bank/Forest Carbon Partnership Facility for a result-based payment of USD 45 million for six years sequestering 9 million tons of CO2 equivalent in the Terai Arc Landscape through REDD+. WWF Nepal worked closely with the Government of Nepal to develop the Emission Reduction Program Document.

The results show that forest restoration creates ecological connectivity of habitats for wildlife movement and ecosystem services flows. However, in terms of input, what is clear is that the multi-stakeholder approach of government leadership, community stewardship, and civil society support is instrumental in achieving these results. It will equally be important to ensure this partnership in addressing new challenges such as human-wildlife conflict and sharing of ecosystem service benefits.

Forest restoration is now becoming a global agenda. The United Nations has declared 2021 to 2030 as ‘Decades of Ecosystem Restoration’. Recognizing the multifaceted benefits of forest restoration, the theme for this year’s International Day of Forests is set as ‘forest restoration: a path to recovery and wellbeing’. In order to translate the slogan of this global day into practice, local actions are crucial to contribute towards the global restoration agenda and address contemporary challenges.

Bhandari is the Head of Mountain & Forest Programs at WWF Nepal

Amidst largely despairing news on politics and governance, there is something to inspire optimism in the field of wild life... Read More...

KANCHANPUR, Sept. 27: A rare python that entered into the house of a local resident at Punarbas Municiapality-4 in Kanchanpur... Read More...