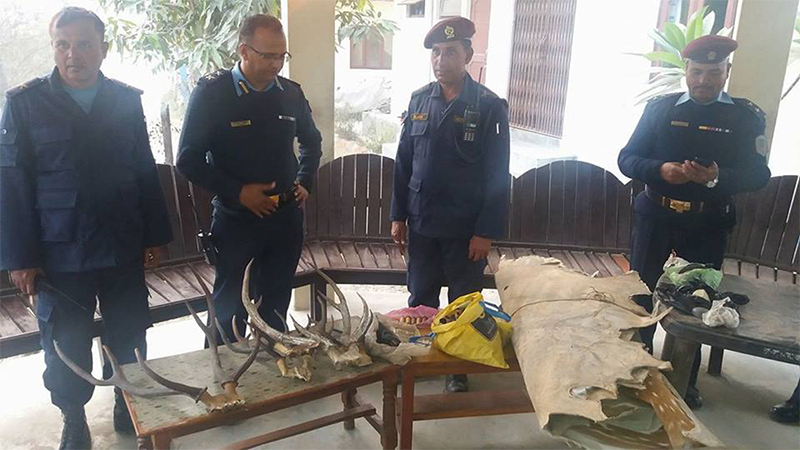 RAUTAHAT, Jan 17: Police on Tuesday raided a forester’s house and seized a large amount of improvised explosive devices (IEDs), arms and body parts of wild animals in the district.

Acting on a tip-off, a police team led by Inspector Ashok Jha raided Bijaya Shrestha’s house based in Chandrapur Municipality-14 and seized a large amount of improvised explosive devices, arms, its ammunitions and various body parts of endangered wild animals.

The team also seized a 12-bore shotgun, its six rounds of bullets, 130 bullet-shells, 1 kg shrapnel, a half kg of gun-power, among others from Shrestha’s house.

Shrestha is a forester at the  District Forest Office, Rautahat.

KATHMANDU, May 9: Police on Tuesday arrested an individual for selling wildlife parts. Acting on a tip-off, a team from... Read More...

Petition against possession of wildlife parts for decoration

KATHMANDU, May 17: A writ petition has been filed at the Supreme Court seeking legal action against those possessing parts of... Read More...