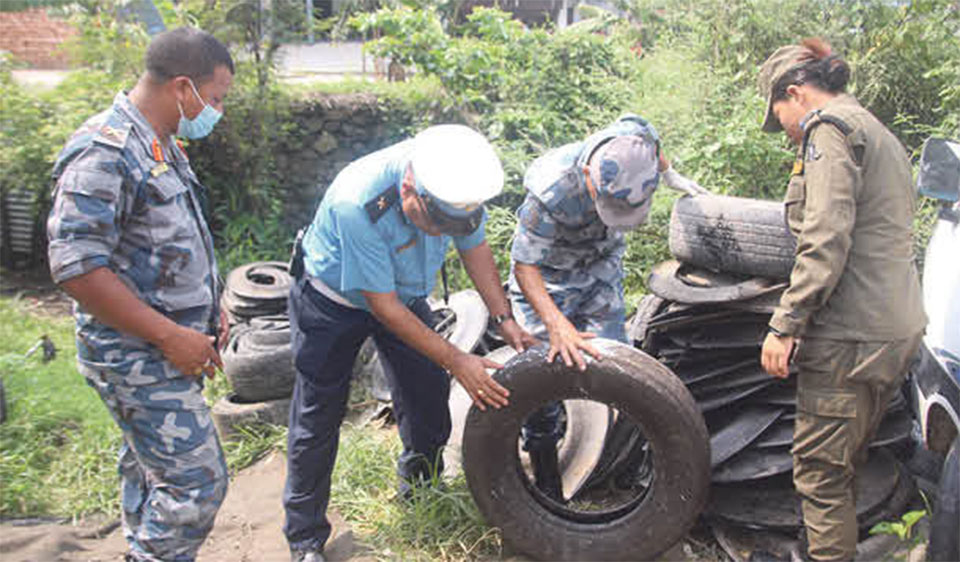 BIRATNAGAR, June 23: After infecting hundreds of people in Dharan, the dengue outbreak has started spreading aggressively in other parts of eastern Tarai including Biratnagar, the capital of Province 1.

Despite numerous efforts from concerned government bodies to bring dengue under control, it has become a challenging task.

According to the District Health Office (DHO) Morang, four persons have contracted dengue in Biratnagar Metropolitan City so far.

Not just in Biratnagar but dengue patients have been found in six other local units of Morang. As per the details provided by the DHO, 23 people have been infected with dengue in Morang and 10 out of them have already returned home following treatment.

Gyan Bahadur Khadka, chief of the DHO, informed Republica that dengue has affected people in Biratnagar, Sundarharaicha, Gramthan, Urlabari, Kerabari among others. He further said that all these local units have been urged to conduct search and destroy campaign to bring dengue under control.

The locals have been told to destroy the larvae of mosquitoes and keep the environment clean.

"We have found dengue patients from various local units. However, it has not taken the form of an epidemic yet," said Khadka, adding, "But it's better to take precaution to stop the life-threatening infection from spreading further."

Furthermore, 14 patients have contracted dengue in Jhapa as of Friday. However, this isn't the first time dengue has been detected here. Jiwan Chaulagain, vector control officer at the DHO, Jhapa says the local government has taken the responsibility to conduct various programs to control dengue. Among all the local units, Mechinagar Municipality has four patients which is the highest in Jhapa.

Though dengue has been finally brought under control in Dharan and Itahari, doctors and health workers fear that it might start affecting people with the onset of monsoon.

"We fear that it might spread rapidly with the start of monsoon. So, we have been conducting awareness programs to minimize the risk in dengue," said Ram Kumar Dhamala, a healthworker at Itahari Hospital.

The number of dengue patients has finally decreased in Dharan.

As dengue had been terrorizing people in Dharan since the past few months, the metropolis had launched a campaign last Saturday to bring the number of patients to zero within a week.

Teams of security personnel, local representatives and students were actively involved in the campaign to destruct mosquito larvae.

Manju Bhandari Subedi, acting mayor of the metropolis who was actively involved in the search and destroy campaign, claimed that dengue has been brought under control to a large extent within a week.

"We could not meet our target but we are happy with the results. But we are also worried as monsoon is fast approaching," said Subedi.

The record maintained by BP Koirala Institute of Health and Sciences (BPKIHS) shows that there has been a fall in the number of people visiting the hospital for checkup.

Dr Bikash Shah of BPKIHS informed Republica that out of hundreds of patients visiting the hospital, only 65 people were found infected with dengue last week.

"Earlier, there were days when we found 100 people infected with dengue in a day. However, the number is slowly decreasing," said Dr Shah.

(With the inputs from our district reporters Binod Subedi in Biratnagar, Amar Khadka in Itahari, Rohit Rai inDharan, Yuvaraj Biwash in Damak)

Isolation beds to be set up in Province 1

BIRATNAGAR, Feb 6: The Province 1 government has decided to set up isolation wards in six hospitals of the region. Read More...

Capital of Province 1 to be scattered in various districts

BIRATNAGAR, April 6: In a bid to make government services accessible to the people living in all corners, Province 1... Read More...