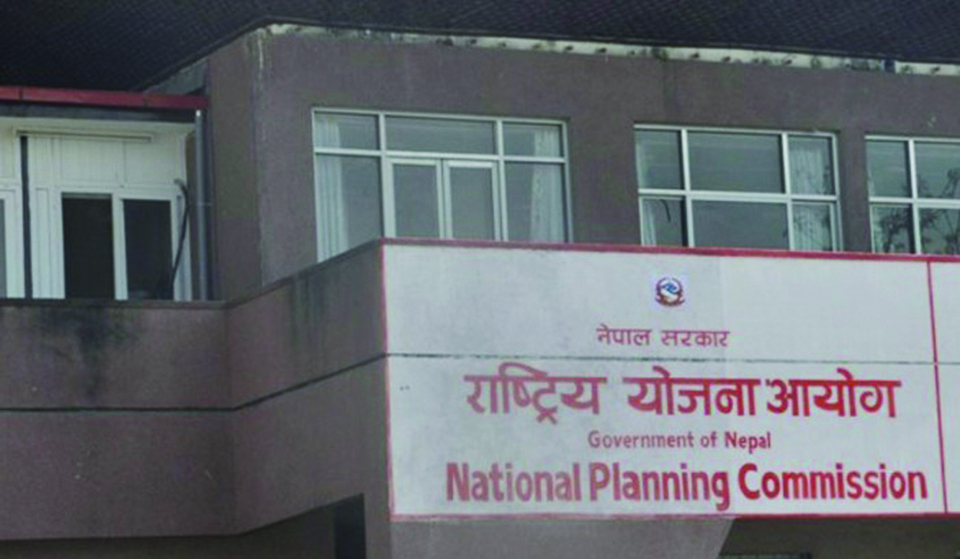 Development planning is a political process. National Planning Commission, as part of that machinery, belongs in the Prime Minister’s Office

The National Planning Commission (NPC) should be shut down and be integrated within the Prime Minister’s office.

NPC is the government’s institutional authority for planning. Its responsibilities broadly extend over three different areas. First, it is responsible for formulating the national vision, development policies and sectoral targets. Second, it estimates resource requirements, identifies funding sources, and allocates budget for socio-economic development. Third, it serves as the central agency for monitoring and evaluating development policy, plans and programs.

At least, that is what it says in theory.

In practice, however, NPC derives its political authority from its ability to guide, direct and determine the government’s capital budget. It has the most enviable position across all of government: It decides which capital investment project will be funded but bears absolutely no responsibility for how the project is ultimately implemented. The control over the budgeting process makes NPC a formidable authority within the government.

Criticism of the functioning and utility of the NPC isn’t new, particularly in the new context of Nepal’s federalism and decentralization. But any doubt about whether NPC would retain its authority was sealed on April 9, 2018 when the cabinet issued an executive order that continued with the commission.

In fact, the executive order gave the NPC expanded authority as the apex institution for project planning and monitoring. NPC quickly seized on this authority announcing a new project bank in August for the assessment, evaluation and monitoring of projects being implemented at the federal level.

NPC continues to lead on its traditional roles. It recently released a draft of the 15th five-year plan for public review and comment. At the same time, it has pushed ahead as the chief national planner, recently unveiling Nepal Vision 2100 (2043).

Assessing whether the NPC has successfully discharged its responsibilities is not the motivation for this piece. The question is whether NPC as an institution remains meaningful for Nepal’s development process, whether its structure as an independent commission is appropriate to facilitate the complex development process that involves political, social and economic dimensions.

The Prime Minister is the Chairman of the NPC. The NPC Vice-Chairman, members and the entire NPC secretariat do very little beyond rubber stamping the decision making and planning process of the executive wing.

The selection of the NPC vice-chair and members reflect clear political interests. In most cases they are intended to reward political loyalty or serve as a launching pad for bigger political roles. Again, there is nothing wrong with such political choices. But it would be better to include them within the Prime Minister’s Office where political interests can and are expected to be exercised.

As a separate planning commission, the NPC has the large and daunting task of prioritizing development projects. It does so, it claims, based on cost-benefit analysis and other socio-economic parameters. Despite the appearance of science, the process of project selection at NPC reflects a vast chamber for back room deals. Projects are prioritized based on political pressure. Powerful parliamentarians get bigger projects than less powerful parliamentarians.

The National Planning Commission is an important part of the overall political machinery. For that, it must be part of the Prime Minister’s Office not a separate institution.

The vision is a poor representation of the country’s forward-looking aspirations. It fails to take account of how technology is reshaping the world. It ignores the youthful energy that is Nepal’s best assets today. It fails to imagine how an interconnected Nepal, governed by local bodies, can drive economic growth, human and social prosperity.

Rather than a bold vision that captures the aspirations of Nepalis, Vision 2100 comes across as a dull speech—a speech given by a fatigued rebel leader who has just won a battle and must say something to energize his tired lot.

Again, there is nothing wrong with political speeches at the end of a long battle. Such sloganeering is an important part of the broader political process. But such sloganeering must come from and be attributed to the political machinery of the state, such as the Prime Minister’s office.

If the NPC remains content to repackaging political rhetoric as Nepal’s development plan, why should it continue to exist independently? The NPC belongs within the Prime Minister’s office.

A Case of Two Cartoons

There is a thin line separating creative provocation from group defamation. All too often we see TV shows or cartoons... Read More...