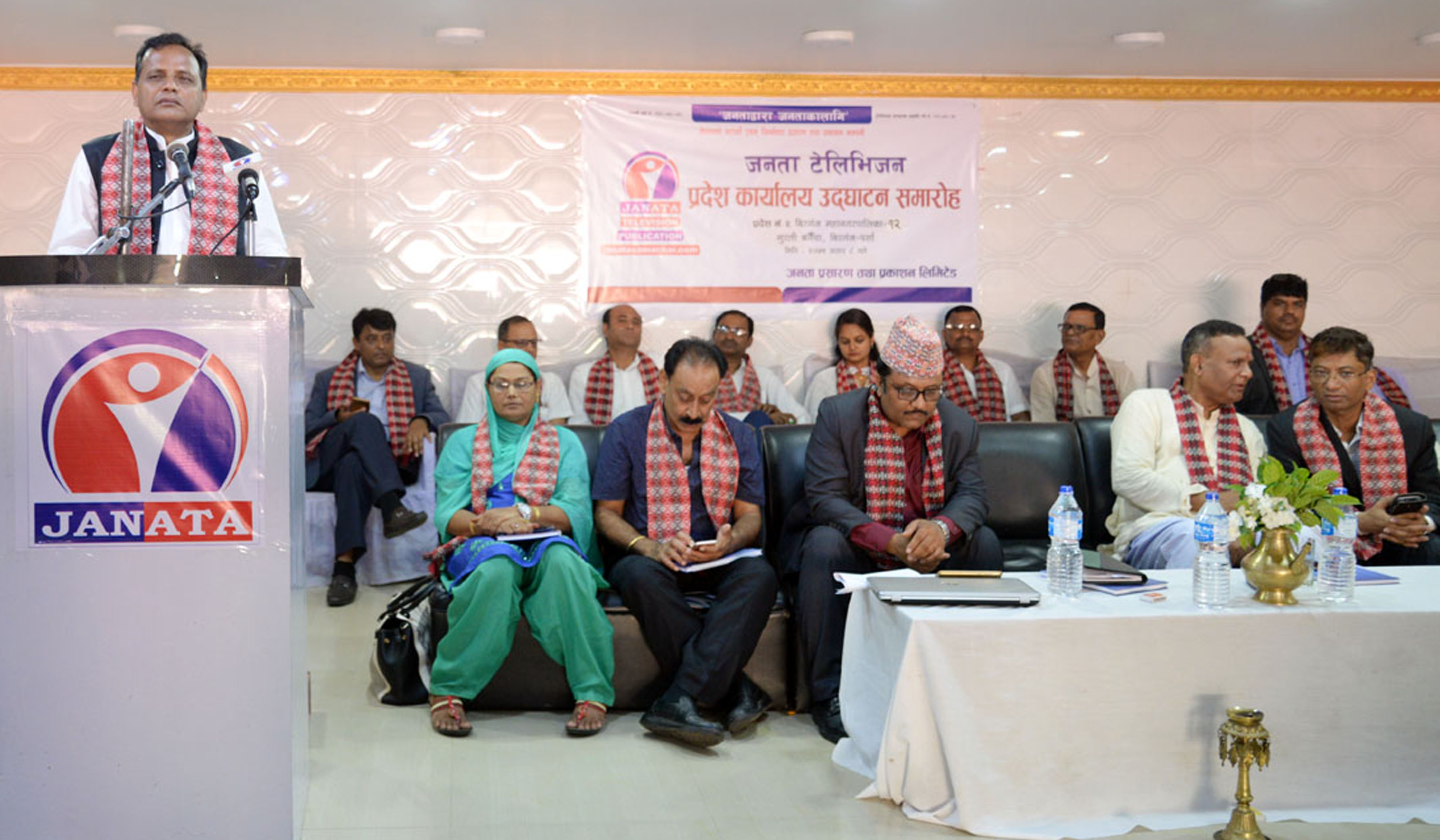 PARSA, June 22: Province 2 Chief Minister Lalbabu Raut has urged media to play a positive role for the causes of social transformation and positive changes in the society.

During the inauguration of the province office of Janata Television at Birgunj today, the chief minister sought cooperation and contribution of journalists to make the "Save Girls, Educate Girls" campaign launched by the province government successful. He went on to say that such campaigns were capable of bringing significant positive changes to society.

He further urged media to point out and present government weaknesses in a constructive way, ensuring the people's rights to information. The Chief Minister was of the view that media content based on prejudices and developed with a bigoted mentality would kill the credibility of media and weaken democracy.

House of Representatives member Hari Narayan Rauniyar, province 2 legislators Om Prakash Sharma, Karima Begam and the television board of directors' chair Bijay Kumar Poudel, describing the 21st century as an era of communications, underlined the need of its proper utilisation for the progress and common welfare of the society.