Problems seen at the Supreme Court should be resolved at the earliest: Political Coordination Committee 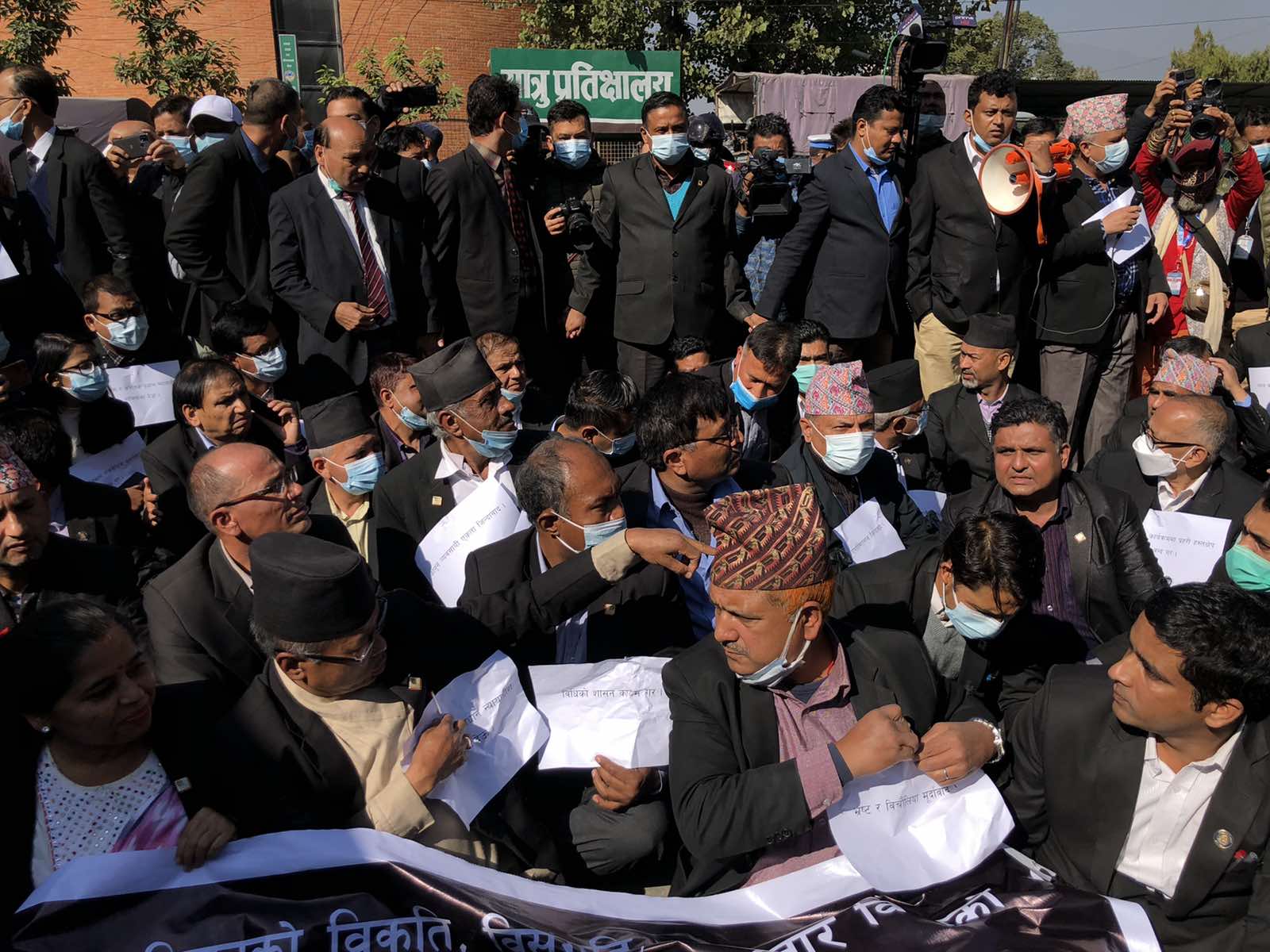 KATHMANDU, Nov 16:  The Political Coordination Committee that comprises top leaders of ruling parties has said that the stalemate seen at the Supreme Court for the past two weeks should be resolved at the earliest.

A meeting of the Committee held at Singha Durbar on Tuesday said that its attention is drawn over the ongoing protest of lawyers at the Supreme Court. "Solution should be found at the earliest possible date in such a way that it helps to uphold integrity, credibility and sanctity and independence of judiciary that remains as an important organ of the government," reads the press note issued after the meeting.

The press note, however, does not mention anything about how the ongoing dispute at the apex court should be resolved. While the agitating lawyers have maintained that they won't stop their protests unless Chief Justice Cholendra SJB Rana steps down, Rana on his part has maintained that he would not step down under pressure.

Ruling parties have so far maintained that the problem seen in the judiciary should be resolved by the judiciary itself. Despite growing calls to impeach Chief Justice Rana, top leaders of ruling parties including Nepali Congress(NC) President and Prime Minister Sher Bahadur Deuba have said that they are opposed to the impeachment motion against CJ Rana.

Hearings on different cases are affected at the apex court after all justices boycotted benches scheduled by Chief Justice Rana. Although five of the 18 justices decided to hear all types of cases from Tuesday, justice delivery work has been severely affected for weeks.