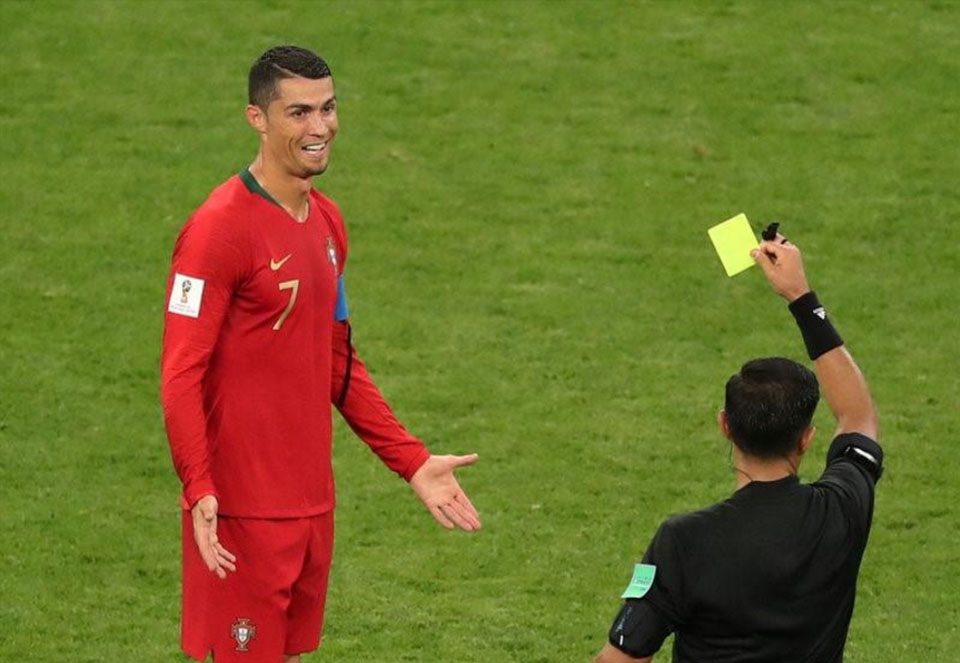 The Euro 2016 winners finished second in their group, behind Spain, and meet the South American side in the next round.

They meet on Saturday (7pm) in Sochi with the winners going on to face either France or Argentina in the toughest quarter of the draw.

Ronaldo has shone for Portugal so far in the tournament, netting a hat-trick against Spain.

The Real Madrid star scored the only goal against Morocco before missing a penalty in a 1-1 draw with Iran.

And Ronaldo’s Portugal team-mate Cedric Soares has backed the attacker to shine against the likes of Luis Suarez and Edinson Cavani.

"They have great players like we do, but we have the best player in the world," Soares said.

"We will study them. They're a strong team but we also have our qualities and we will try to win the game."

Uruguay have failed to impress at the World Cup, though did win all three games en route to the last 16.

Single goal victories over Saudi Arabia and Egypt came before a 3-0 win over hosts Russia.

That victory was a lot more convincing with Suarez and Cavani both getting on the scoresheet.

And Uruguay midfielder Matias Vecino knows his side need to be at the top of their game when they face Portugal.

"We are facing a very strong and powerful team," Vecino said.

"The match will be defined by details and we will try to limit their forwards."