Politics in India and Its Influence 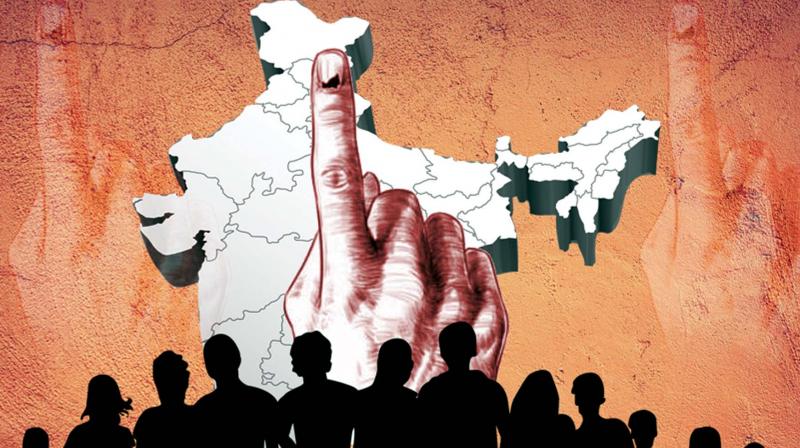 The author is an undergraduate student at Kathmandu School of Law.
kirtan.adhikari2013@gmail.com

It is an undeniable fact that there’s an influence of Indian politics that can be seen both ways - positive and negative. Positive in the sense that it has introduced the idea of alternative political parties. Youth in politics has been widely welcomed by the people both in India and Nepal. And negative in the sense that the division between people on the ground of ethnicity and religion can foster the division here too.

The impact of Indian politics creates a huge wave in South Asia. Indian Prime Minister Narendra Modi is among the top 10 powerful people in the world.[1] The Bharatiya Janta Party which is a pro-Hindu political party of India had risen particularly from its Ayodhya event on Ram Mandir. After PM Modi was elected as the Prime Minister of India in 2014, it was expected that the relation between the two countries would be different from that during the Indian Congress government. The government of Nepal and the Nepalis people had high expectations on the newly-formed Indian government, hoping that the ties between the two countries would be stronger. The warm welcome by Nepal on his first visit on 4th August 2014 could be seen as the evidence of the expectations.[2] However, the expectations were crushed after India’s economic blockade.

After some chills on bi-lateral relation of India and Nepal, India tried to correct its past flaws and tried maintaining smooth relations again. It is beyond doubt that PM Modi has great oratory skills. He has been convincing his citizens and has powerful control over them by his speeches. Due to which, his party members rely on Narendra Modi.[3] His speeches including words like ‘Roti-Beti’ and ‘Ram-Sita Bhumi’ carries sentimental values which also has somehow helped in connecting both the nation and maintaining relationship better. After Modi became the prime minister of India, the narrative of making Nepal a Hindu state had also begun.[4] Vishwa Hindu Parishad and Rashtriya Swayamsevak Sangh movement also increased rapidly after Modi came to power. [5]

Similarly on other side, the Aam Aadmi Party officially formed in 2012 by Arvind Kejriwal. He became Chief Minister of Delhi surprising the bigger political parties. Since then, he had won for the third time and is still the sitting chief minister of Delhi.[6] Here in Nepal, Bibeksheel Nepali and Sajha Party started were actively engaging in political activities around same time. Though, lacking leadership quality and chaos inside, the party didn’t brought a clear vision and led down the expectation of people as an alternate party. But the Nepalese, had indicated that they are open for alternatives as on 2017 local election, Ranju Darshana (candidate of Bibeksheel party) got 23,439 votes. And in 2022 local election, an independent candidate Balendra Shah surprised by becoming Mayor securing 61,767 votes.

Both the changes in Delhi and Kathmandu were possible as the cities have its own history on political events and the citizens are politically aware and educated compared to the rest of the cities in the respected country. The manifesto played an important role on being Arvind Kejriwal as Chief Minister as his main focus was on drinking water, education, electricity and health. Today, Mohalla Clinic has been regarded as one of the innovative ideas and has been praised highly. Government schools are being compared with that of qualities of private schools.[7]

It can be seen that the western world and its media has not viewed Modi as successful leader after the failure of preventing the spread of Covid-19 and theriots and mob lynching that occurred at different states on the name of religion.[8] It is ongoing debate that whether or not India is practicing electoral autocracy and whether or not Modi is electoral autocrat. It is viewed so also because it ranks 46th position in the latest report on Democracy Index 2021 published by The Economic Intelligence Unit. However, in this scenario, Nepal is even worst as public surveys done by EIU revealed that Nepal expressed low levels of trust in their national leaders and political institution. Nepal ranked 101st position and falls under Hybrid regime which is below even than the flawed democracy.[9] India, Sri Lanka, Bangladesh and Bhutan has better ranking than that of Nepal. Even after India being far behind in press freedom index, Nepal falls under hybrid regime that suggest the issue is deeply concerning. Some features of autocracies in democracy had been seen around the world and it just had a wave like effect passing from a country to country. Powerful leaders like former president Donald Trump decisions[10]to Indian Prime Minister PM Modi views on minority[11] and former prime minister KP Oli dissolving house of parliament had similar to autocratic like features.

It is undeniable fact that there’s a influence of Indian politics that can be seen both ways, positive as well as negative. Positive in a sense, it has brought an idea of alternative political parties. Youth in politics has been widely welcomed by the people both in India and Nepal. Negative in a sense, the division between people on the ground of ethnicity and religion can foster the division here too. For instance, the National Register of Citizens (NRC) bill created tension between Muslims and Hindu in India. The mainstream media could be seen tilted on favor of the government by which the fear and hatred against one religion or ethnicity could be created. As many households in Nepal too, keenly observes political activities in India. Hence, even in Nepal the political narratives could be driven on religion and ethnicity instead of infrastructures on development.

KATHMANDU, April 5:  The meeting of the Members of the Eminent Persons Group(EPG) from Nepal and India has started on... Read More...

‘Some ministers have already resigned’
4 hours ago

Incessant rainfall inundates 300 houses in Hemja,15 other houses still at risk of inundation
10 hours ago

One arrested with marijuana
1 hour ago

Three were ‘playing’ with a pistol; one injured, two arrested
1 hour ago

Pulses and sugar recovered from mill in Nepalgunj
2 hours ago