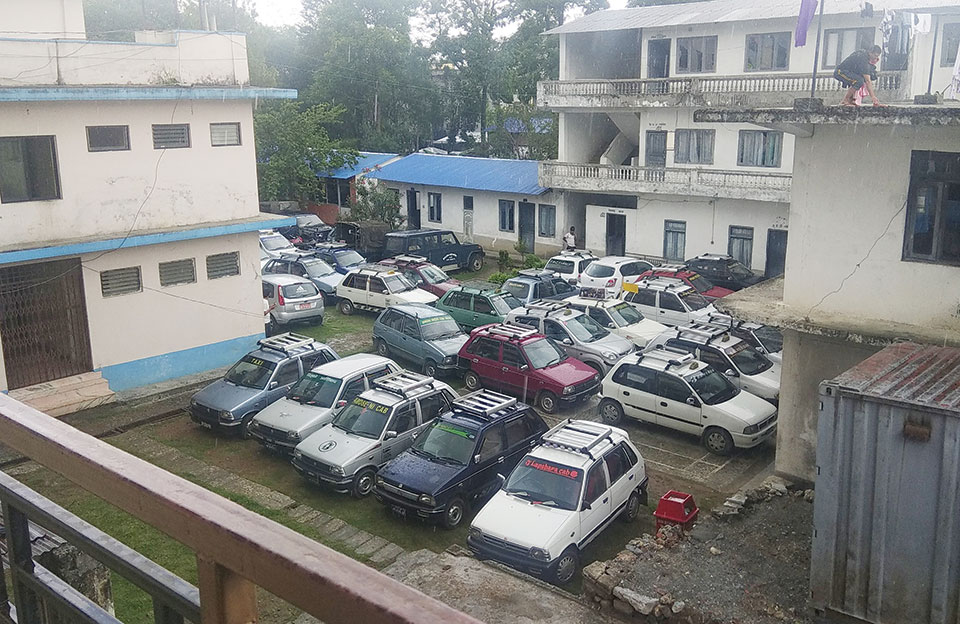 Taxis booked by police for violating traffic rule by refusing to use meters. Photo: Republica

POKHARA, May 17: Police have arrested 36 taxi drivers of Pokhara for overcharging passengers and refusing to use fare meter. All of them were arrested from various parts of the metropolis on Tuesday.

Superintendent of Police (SP) Om Bahadur Rana of Kaski Police informed that no taxi will be allowed to operate without using meters. Though police have strictly warned the taxi drivers not to deceive the passengers by charging them high fare, some are still neglecting the directive.

"We received some complains that taxi drivers were refusing to use meter and instead bargaining with the people to set the fare," said SP Rana, adding,"Police have arrested them and will take necessary action against them."

Not just that, police are planning to take stern action against the monopoly of taxi drivers. The taxis of the arrested drivers have been kept on the premises of the District Police Office (DPO), Kaski. According to Inspector Ain Bahadur Malla, chief of traffic police division of Kaski, drivers will be kept in jail for a day and sent to the Department of Transportation the next day to pay Rs 5,000 as fine. "They won't be freed until they pay the fine," said Inspector Malla.

It has been three months since the use of meters has been made mandatory in Pokhara. While many drivers have followed the rule, some are still hesitant to comply with it. According to police, a total of 177 taxi drivers have been arrested so far.