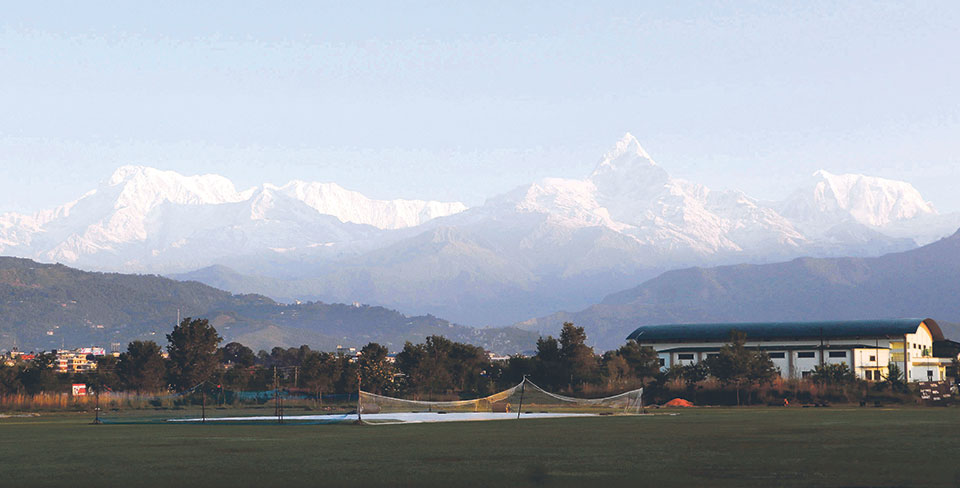 Pokhara Cricket Ground, which will host the Pokhara Premier League set to start from October 26, is pictured in this photograph. | Photo: Republica

Chhumbi Lama, the managing director of PPL, was ecstatic due to the approval of the event. “The approval motivates us further to organize the tournament in a better way,” said Lama.

The sanction was received after fulfilling the documentary requirement as demanded by the ICC, Lama said.

With the approval, international players will receive go-ahead from their respective boards to play at the PPL, as a copy of the mail sanctioning the Pokhara premier T20 event will be sent to all cricket boards registered with the ICC.

Lama, also the former chief operating officer of Cricket Association of Nepal, appreciated the ICC for its commitment to develop and nurture cricket in Nepal which recently gained the ODI status earlier this year.

“The gesture shown by the ICC denotes that it is committed to develop cricket from the grassroots level across the world,” Lama said. “It has prioritized the development of cricket in the newest ODI nation, Nepal. We are on a fast-lane now.”

The PPL had recently announced a three-year broadcast deal with Himalayan TV. The deal worth Rs 37 million was signed with the television channel starting from the inaugural season of the PPL.

Teams are due to announce two local icons and two overseas players for the premier league. The teams will have to play at least one overseas player in the XI whereas there is no mandatory rule to include local icons in the playing XI. The PPL is set to be organized by the Queen Events Private Limited from October 26.

KATHMANDU, Sept 29: A total of 179 players registered for the Pokhara Premier League (PPL) T20 Cricket Tournament to be... Read More...

NRB introduces new Rs 1,000 note which can be identified by visually-impaired
10 hours ago