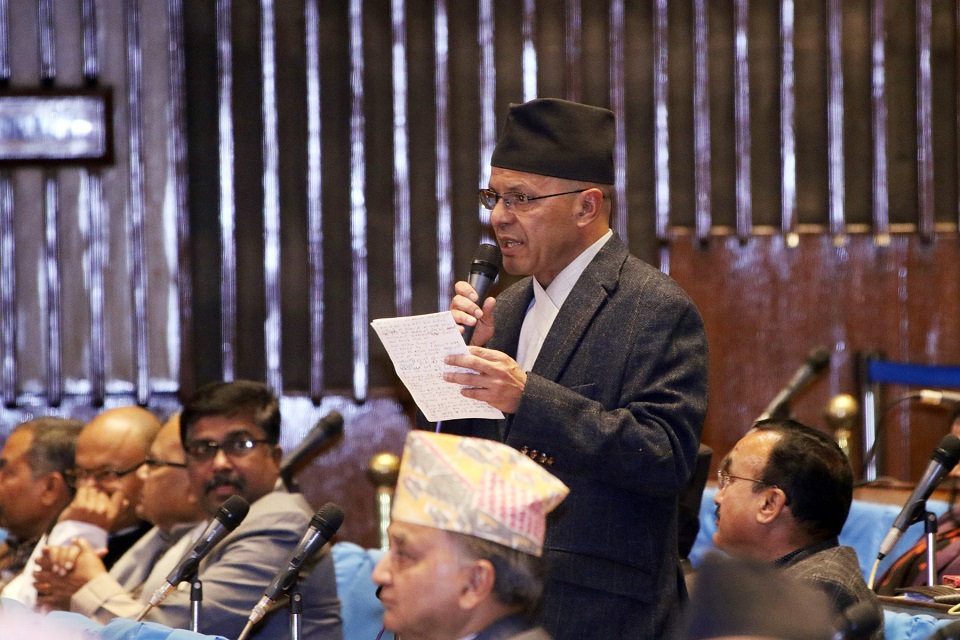 KATHMANDU, Feb 25: The main opposition party, Nepali Congress, has urged the Prime Minister to carry out activities taking the Parliament into confidence.

He added, "The Prime Minister should give answer in the Parliament immediately about the incidents of different financial irregularities."

He stressed that the PM should be accountable towards the Parliament.

Expressing concern about the new form of corruption taking place in the country, Sarita Giri of Socialist Party demanded the government to form a parliamentary probe committee to investigate on different cases of financial irregularities.

Giri complained the government for not carrying out any activities to control corruption.

Similarly, Pramod Sah of Rastriya Janata Party argued that although understanding was reached with the ruling party time and again for amendment to the constitution, it has not been implemented yet.

COVID-19 test begins in Surkhet; starting from today in Hetauda from today
1 hour ago

NA plane lands in Brisbane carrying around 260 Australians from Nepal
4 hours ago
More than 8,000 foreign-returnees enter Karnali
4 hours ago