NC to bring its statute draft to seven provinces 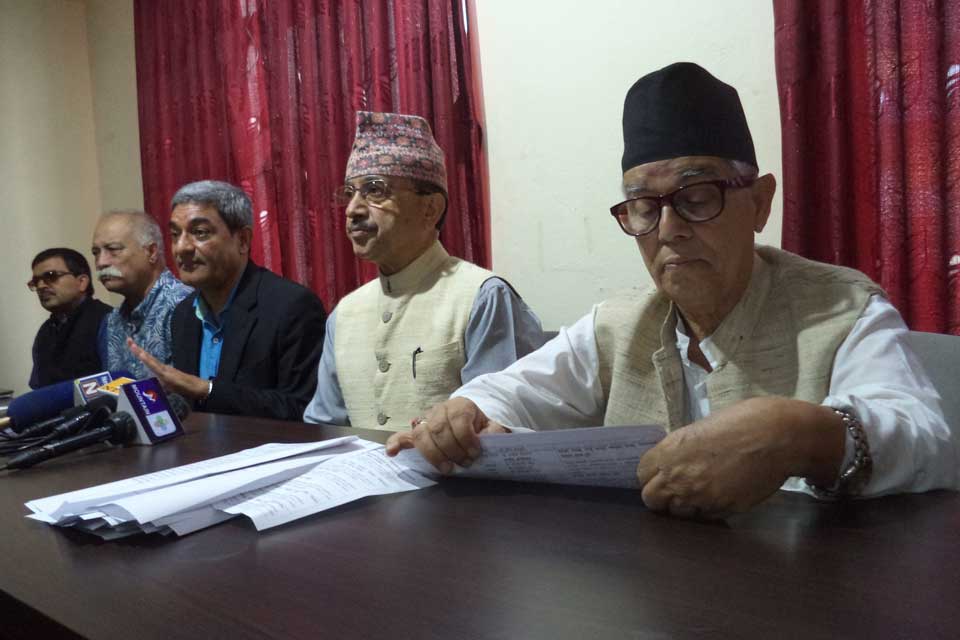 KATHMANDU, Sept 22: A preliminary draft of the statute of main opposition Nepali Congress is to be reached out to all seven provinces seeking inputs from the ground.

Nepali Congress (NC) central statute amendment committee is set to descend the draft statute to 12 places of seven provinces for deliberations from 24-28, September, it was shared at a press conference today.

The inputs collection programme will be participated in by NC district presidents, Mahasamiti members, regional presidents, general convention members, federal and provincial parliamentarians elected from the party and chiefs of party's subordinate wings and benevolent organizations.

The party draft statute will be finalized incorporating the inputs received from the deliberations before the Tihar festival.

It is also informed that the draft statute amendment will be presented in the meeting of Mahasamiti members set for coming 21-25, November.

"The party's statute will be amended in a way to align with the structures envisaged by the new Constitution. The statute will be framed to mobilize all structures of the party in a dynamic way to make NC the largest political force in upcoming elections", Khadka asserted.

Through its statute amendment, NC has pledged to provide space to all eight reserve groups enlisted in the Constitution.