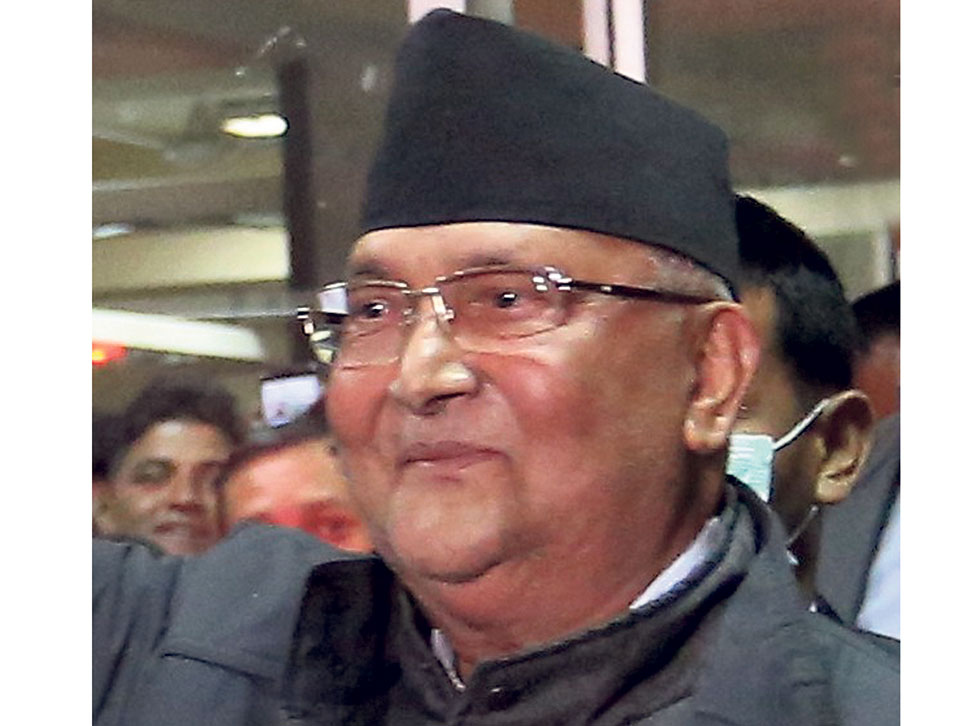 KATHMANDU, Dec 10: Prime Minister KP Oli has asked the Commission for the Investigation of Abuse of Authority (CIAA) to go tough against corrupt officials so that those holding public positions would act responsibly.

Reiterating his commitment of zero tolerance against corruption, Prime Minister Oli asked the anti-graft body not to compromise on corruption saying the government has already arranged necessary legal and administrative infrastructures to tackle corruption. “Adopt zero tolerance policy on corruption. I believe cases of corruption will go down when the CIAA works more actively in the coming days,” said the premier addressing a function organized at the CIAA headquarters to mark the International Anti-corruption Day.

At the function, CIAA chief Nabin Kumar Ghimire said the anti-graft body has also adopted new methods to investigate corruption in the context of the corrupt individuals adopting newer ways to hide property abroad. “We have been adopting both punitive and preventive approaches to control the corruption seen in the areas of procurement, development projects and service delivery. Desired target will be achieved if all of us including the government, commission, civil society and media join hands to discourage corrupt practices,” said Ghimire.

Despite having strong legal infrastructures and anti-corruption agencies in place Nepal is considered as one of the most corrupt countries in South Asia. Transparency International-Nepal’s Corruption Perception Index had placed Nepal in the 122nd position among 180 surveyed countries in 2017.

Nepal, a signatory to the UN Convention against Corruption, has not yet revised its national laws in line with the UN convention that empowers anti-graft bodies to oversee corruption by public and private sectors.

CIAA Secretary Maheshwar Neupane urged the government to amend the national laws in accordance with the UN convention. As the government delays to domesticate national laws, the anti-graft body is deprived of investigating into corruption in the judiciary, army, I/NGOs, private sector and political parties.

Beautiful Helambu awaiting to be explored (with photos)
11 hours ago

43 more COVID-19 patients recover in Birgunj, no patient in Narayani Hospital
23 hours ago