NRA officials unaware of the fund 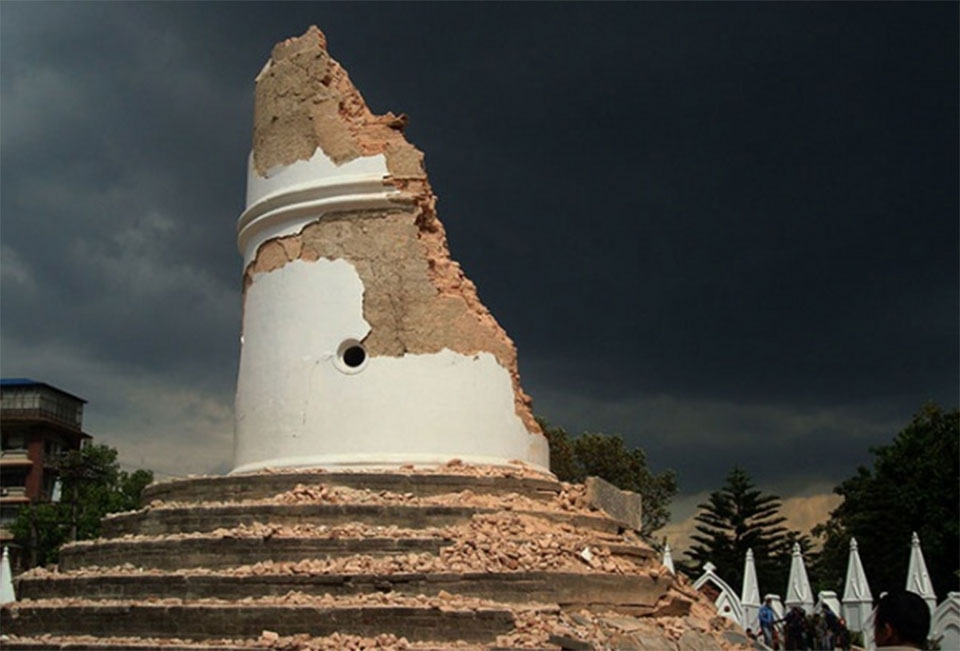 KATHMANDU, April 30: All phone users have so far paid more than Rs 1.59 billion as additional telecommunication service charges (TSC) to rebuild Dharahara, the historical monument which was knocked down by the earthquake of 2015. Three years have shot by since telecom users started paying money for restoring the monument but the authorities haven't yet started works to utilize the heritage fund, a special fund to rebuild the nine-storied 119th-century monument.

After the earthquake, the government decided to levy additional one percentage point charge on 10 per cent TSC every phone user has to pay on voice calls. The slackness in utilizing the fund collected has received public criticism. The amount collected 'as heritage fund' was raised over the last 33 months.

Asked why the money has not been utilized, Nepal Reconstruction Authority (NRA) officials said they are not aware about the money.
"We are unaware where the fund is being collected and we have not yet worked out any modality to utilize the money," said Bhisma Kumar Bhusal, deputy spokesperson of NRA.

The budget speech of FY 2015/16 reads, "For the reconstruction of heritages and monuments, 'Our Heritage, Our Responsibility' campaign will be launched. For this, a separate Heritage Fund will be provisioned under the National Reconstruction Fund to make possible to deposit amount by the Nepalis residing in Nepal and abroad.”
The budget speech further reads, “In order to enhance ownership and contribution by the general Nepali people, I have made the provision of additional one percent telecommunication service fees which will be deposited in this Fund.” Likewise, there is a separate fund of Rs 1 billion contributed by Nepal Telecom (NT) for rebuilding Dharahara.

"We have allocated Rs 1 billion for the reconstruction of Dharahara along with other heritage sites and schools but the amount has not been utilized yet," said Shovan Adhikari, deputy spokesperson for NT. The amount is still with NTC.

Min Prashad Aryal, spokesperson for Nepal Telecommunications Authority (NTA), said the amount was collected by levying additional charges on all voice calls to help the reconstruction of heritages."