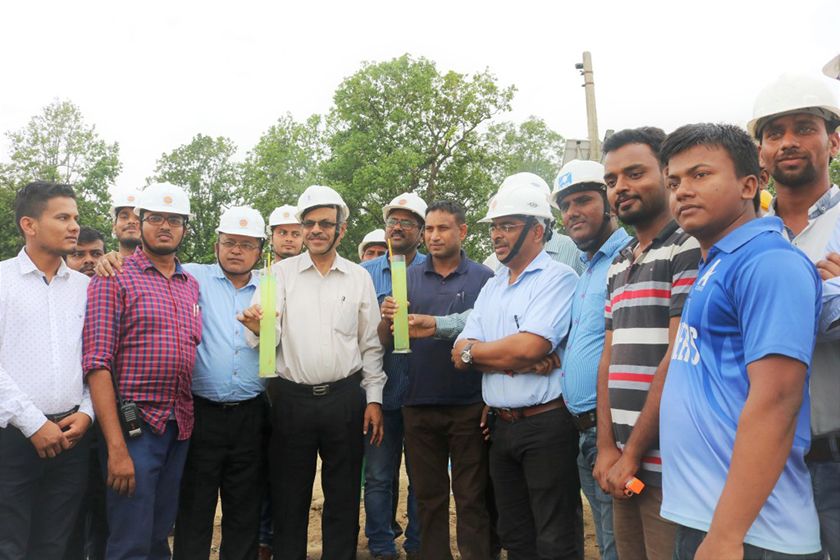 BARA, July  20: The petroleum pipeline constructed from Motihari of India to Amlekhgunj of Nepal was successfully tested on Friday.

Diesel from Motihari has been supplied from the pipe.

As the test was successfully conducted, Indian Oil Corporation officials said that a significant development was made through this project.

The 69-km-long pipeline was completed with the budget of Rs 5.18 billion.

It is estimated that 300 to 350 kiloliters of petroleum can be supplied through the pipeline per hour.

An agreement between Sunil Bahadur Thapa, the then commerce and supplies minister of Nepal and Dharmendra Pradhan, state minster of India for petroleum and natural gas, was signed on August 24, 2015, on constructing the Raxaul-Amlekhgunj petroleum pipeline. A timeline of 30 months was given for the completion of the project.

Though the Indian side had said that the petroleum store would be at Raxaul, due to dense settlement in the area, it was decided to send petroleum through pipe from Motihari.

Fire guts property worth over Rs 7.6 million in Kalikot
13 hours ago