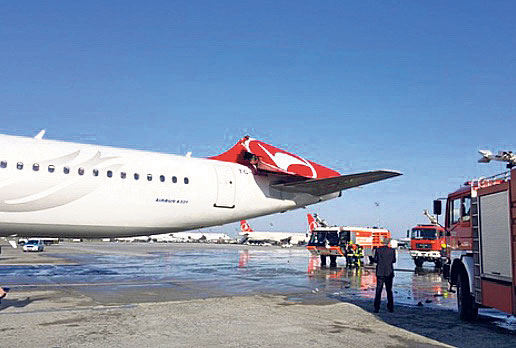 Was it safe to fly the aircraft with only one generator working? Was it not a case of an unwarranted complacency doing so?

Frankly speaking, facts that are hidden intentionally are more dangerous than speculations. The former is outright wrong as it robs the opportunity to learn from mistakes. Imagine this in the context of an airline accident. Speculative discourse can be enlightening or even be outright foolish particularly when social media has such a wide spread. Accident, by nature, is a cumulative concoction of omissions and oversights rolled together. There is a basic difference between investigation and regular audit. The former is the result of an aftermath, while the latter is done before to prevent one. Attitude of stakeholders becomes more guarded on being investigated and they try their best not to be projected negatively. As such, the practice of keeping bulk of investigation report under wraps suits their interest best. Under such scenario, hushed gossip within the fraternity becomes more trustworthy for bringing out critical details. The two examples presented below might help explain it better.

Two cases
To get to command an aircraft for the first time, one needs to have at least 2500 hours of flight experience in the particular type. Actually, it translates to a few years on the right cockpit seat as a “second man” under the supervision of a commander. It is crucial for an apprentice to learn many things besides gaining handling experience and getting occasional wise counsel about dos and don’ts. The self confidence gradually builds up even while making mistakes under commander’s watchful eye. He is there to guide or even takeover should it become necessary. But in one case some years ago, a first officer was qualified to take command even when she had not logged necessary hours as mandated. The magic figure was concocted forcibly by adding her hours, as a first office in the bigger aircraft along with hours she had accumulated in smaller one she was to command. We wonder if this flouting was of deliberate doing of the airline or conveniently overlooked by regulating authority or not highlighted by the investigating team as the aircraft under her command crashed on the hill side close to Godavari killing all 19. Perhaps, lack of adequate experience was one of the underlying reasons.

The next case relates to a twin engine aircraft that had departed with only one generator out of two working to Lukla. Bad weather forced it to return prematurely. In the meantime, the only working generator also failed but the aircraft was still flyable as both engines were running fine. He was reputed to be an able commander and he still had about 30 minutes of backup battery power left. But the anxiety seems to have got better of him. He was allegedly advised, by a friend over radio to lower the landing gear first, as that would be difficult to get done later. He did as told, but ended draining the battery in so doing. The aircraft crashed some miles south of the valley in Makwanpur killing all 14 on board.

Was it safe to fly the aircraft with only one generator working? Was it a not a case of an unwarranted complacency doing so? And what of the “ill” advice that was followed without a second thought? It was an accident that should not have happened. Usually in such case pilot’s first mistake becomes his last. As a source of consolation, others can draw lessons from such misfortunes.

The recent Cessna Caravan crash with two fatalities in western Nepal had comparatively little media attention as no passenger was involved. It is established that the aircraft collided with terrain at around 12500 ft on way to Simikot from Surkhet. It is typically like many other crashes where a VFR flight gets into thick cloud (instrument meteorological condition) resulting in loss of orientation (situational awareness). It becomes a recipe for disaster when this happens in areas with high terrain. It will be a surprise if the contributing factors and ensuing recommendations will be any different in this investigation as well. That is not all, it also highlights weakness on the part of establishments for failing to improve, airlines for not taking safety issues seriously and pilots for failing to learn from other’s mistake. It will be a long way before we come out of the black-hole. No one pushed us; we fell in out of our own callous attitude towards safety. It is usual perennial disorder, as ever.

Crowded airports
Lastly, it was surprising that Istanbul airport (IST) was also regarded crowded like our tiny TIA. A recent ground incident there involved A330 (Asiana) and A321 (Turkish) such that the right wing tip of wide body sliced through the vertical stabiliser of the narrow body, cutting it in half. The A330 was taxing out for departure while just arrived A321 had stopped short of gate resulting in a small infringement of the taxiway behind. This was enough for long wing of the A330, protruding beyond the taxiway edge, to hit A321’s tail. The nose wheel of A330 was right on the yellow centreline indicating it was on track. Was it that the crews of Asiana were not careful? Or A321 for not letting the tower know it had stopped short of gate. Irrespective of who was at fault, Turkish authorities will ensure that such incidents do not recur after a thorough investigation.

The situation in TIA is much too worse as the domestic apron is left to be managed by airlines themselves, much like a disorderly bus park as the apron is not visible from the control tower. No one can perhaps get over 30 planes squeezed in an area fit for just 17 otherwise. While there must be quite a few small denting and butting cases, there have been no bigger ones so far.

Why no one should be ashamed of anxiety disorder

People suffering from an anxiety disorder often think that it is a good idea to hide the illness which is... Read More...

LONDON, Nov 2: In Zayn, his autobiography that came out on November 1, the singer reveals that the pressures of... Read More...

Why was the University Bill introduced, leaving aside the Education Bill?
19 hours ago
Bill on money laundering to be amended through fast track process
2 minutes ago

Gold price increases by Rs 500 per tola
32 minutes ago