KATHMANDU, Aug 17: Established in 1982 with 50 beds, Patan Mental Hospital still has just the same number of beds. And these remain occupied throughout the year. However, the hospital’s outpatients department (OPD) sees more than 175 patients every day. About 75 percent of such patients are adults aged between 22-45 years.

It has been years since the hospital requested the authorities for increasing the number of beds at its In-Patients Unit (IPU), but in vain.

“Among the patients visiting the hospital’s OPD every day, about five percent are in need of treatment at the IPU,” says Ananta Prasad Adhikari, information officer at the hospital. But the hospital can accommodate only a few due to lack of beds, he said.

There have been a few instances where even critical patients were turned back for lack of beds. “Those suffering from depression, anxiety, stress and other common mental health problems are treated in the OPD. But those with serious mental issues like bipolar disorder, schizophrenia and schizoaffective disorder require extra care and special treatments and need to be admitted in the IPU,” explained Shivani Rai, a nurse working in the hospital.

Nepal has witnessed increased number of mental health patients in recent years. A report presented in 2016 by the Health Research and Social Development Forum (HERD) shows that approximately 30 percent of the total population of Nepal is suffering from some kind of mental problem. Over 90 percent of those individuals have no proper access to mental health services, said the report entitled Mental Health in Nepal. Yet, the government spends less than one percent of its total healthcare budget on mental health.

There were around 50 psychiatric clinics and 12 psychological counseling centers all over Nepal during the study period of the report. Adhikari argued that the authorities have failed to give due priority for Patan Mental Hospital despite the fact that it is the only government-run hospital that provides complete mental health services. Patients from across the country visit the hospital, which is the central mental hospital, for treatment.

Considering the flow of patients at the hospital, the hospital administration has constantly been demanding that it be upgraded to 300 beds. “The ministry has promised to add 100 beds, but that will not be enough,” Adhikari added.

The hospital administration claims that earlier it had added 10 extra beds last year on its own but after two months, the government ordered removal of the extra beds saying it was done without permission.

“We have been here for four days but we rarely see empty beds. A large number of people visit the hospital every day. Some patients were sent back for lack of beds,” said Dhurba Kumar Kunwar, 24, an attendant to one of the patients. “There was a serious patient a few days back but he had to wait for a day in order to be admitted” he added.

Recently, the attendants of some of the patients had complained about poor hygiene and drinking water problem at the hospital. “Following the complaints, the hospital replaced old blankets with the new ones. Proper drinking water was also supplied through water tanks” said Shyam Rai, 38, another attendant.

Mahendra Shrestha, spokesperson at the Ministry of Health and Population, says they are working on the hospital upgrade request and it might take a few months to a year before more beds are added. He also said that the government is working to improve the mental health of the public. For this, the government is planning to collaborate with various NGOs to help homeless people suffering from serious mental health issues.

As per the plan, a homeless person will be provided with Rs 500 as a monthly allowance. 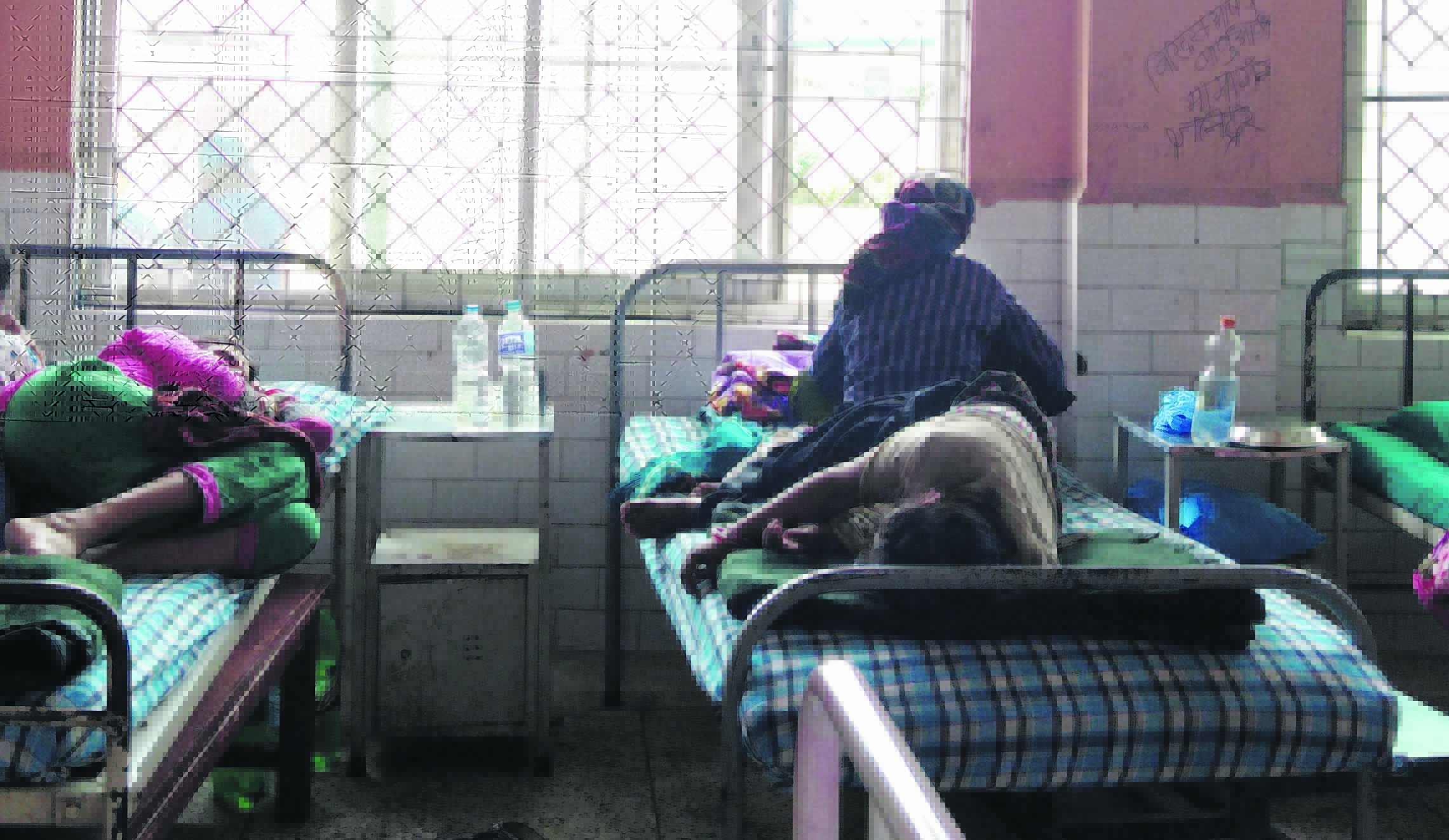