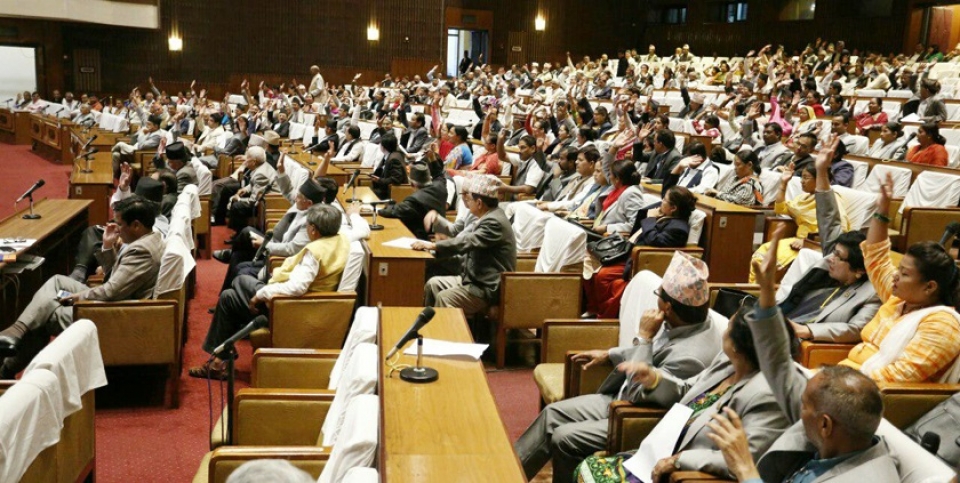 KATHMANDU, Aug 20: Lawmakers have drawn the attention of the government on various issues of public concern during the special hour at the House of Representatives (HoR) on Tuesday.

Addressing the session, lawmakers raised a number of issues including relief and compensation to flood victims, reconstruction of flood-hit roads and other infrastructures, and non-political appointments in universities.

A lawmaker from ruling NCP Krishna Gopal Shrestha urged the government to repair poor roads in various parts of the country at the earliest. He also demanded to expedite the construction of Sitapaila-Ramkot-Bhim Dhunga road section and repair Chabahil-Jorpati-Bauddha road section.

“Cyclists in Kathmandu are facing problems due to the absence of cycle-lane. So, I draw the attention of concerned ministry to address the issue as early as possible,” Shrestha further added.

Dev Prasad Timilsina, a lawmaker of the main opposition Nepali Congress criticized the government for not addressing the issue of an electricity line disruption in Jumla. He voiced for flood victims in Rautahat demanding immediate relief and compensation.

Another lawmaker Bhimsen Das Pradhan urged the government to make the report of the National Education Commission public. He also stressed the need for making apolitical appointments in universities.

Amrita Agrahari, a lawmaker from Rashtriya Janata Party warned government of revolt if the government failed to address the demands of the party including unveiling the Girish Chandra Lal Commission report.

Lawmaker Pradeep Yadav argued that the vacancy announcement by Public Service Commission goes against the spirit of federalism. He vented ire against the police intervention during a peaceful demonstration staged by those demanding more representation in public service.

Alternative model of development is must: Lawmaker Giri

KATHMANDU, Sept 10: Lawmakers have raised various issues of public concern during a special hour at the meeting of House... Read More...