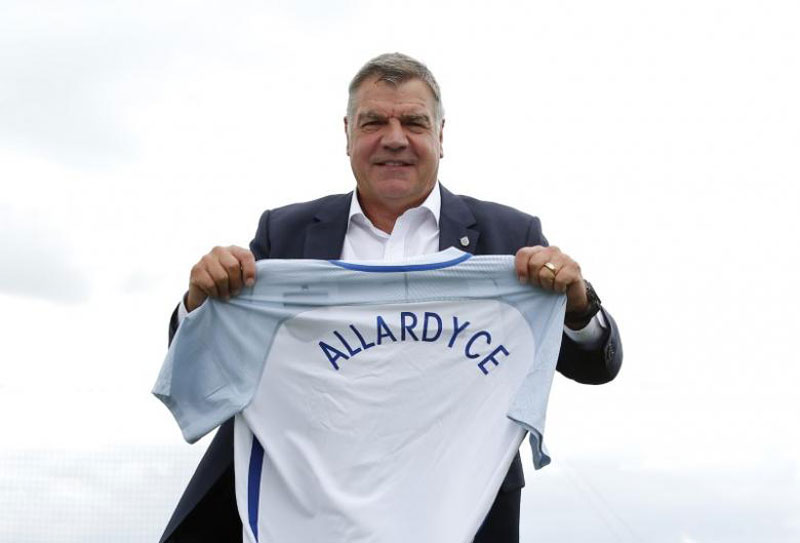 Palace, who are fourth from bottom, sacked Alan Pardew on Thursday after a dismal run of results.

"We are delighted to be able to make an appointment so quickly and fortunate that someone of Sam's calibre and experience was available," club chairman Steve Parish said in a statement.

Allardyce's first match in charge will be the league game at fellow Londoners Watford on Monday.

"I hope we can bring some joy over Christmas and the New Year and, over the long term, between now and the end of the season," said the former Newcastle United, West Ham United, Sunderland, Blackburn Rovers and Bolton Wanderers manager.

"The club seems to be very ambitious. Certainly the chairman and the owners seem to be taking the club forward in the right direction."

Allardyce left his role with England by mutual consent after just one game earlier this year in the wake of a newspaper investigation which featured a video of him offering advice on how to "get around" FA rules on player transfers.

After one win in their last 11 league matches, Palace are seeking more solidity from a specialist in relegation firefighting.

Their poor form has left them one place and one point above the drop zone. Palace have been in the top flight since 2013.

"They've held their Premier League status for a number of years now and there is always a very good atmosphere at the stadium," said Allardyce.

"I like the look of the squad and that's the reason I'm here. I think I can help the club go forward."

"Palace are getting an experienced manager. I don't know if Sam has got a point to prove with his career in league football because he has been very successful. The England job is very different."

Of Pardew, Millen added: "We have exchanged text messages. He is upset, disappointed but proud of what he has done here. Unfortunately, the results have not been good enough."