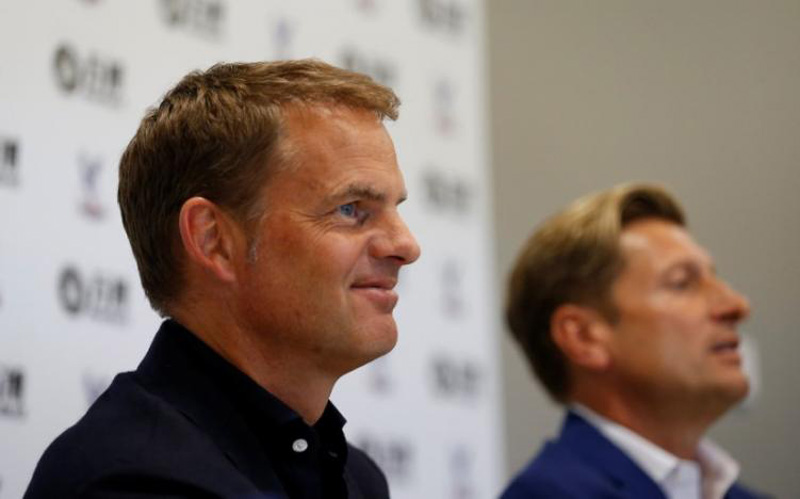 The 47-year-old Dutchman has been out of work since he was sacked by Serie A club Inter in November after winning just five of the opening 14 games of the season.

"We have undertaken a thorough interview process to ensure we are in a position to appoint a manager of the calibre and experience that Frank brings with him," Palace chairman Steve Parish said in a statement.

"I am pleased to welcome him to Crystal Palace and I know he cannot wait to get started and prepare for our record breaking fifth season in the top flight."

Palace have been without a manager since Sam Allardyce opted to leave the south London club at the end of last season after securing their top flight survival.

De Boer, who played for Ajax and Barcelona during a distinguished career which also saw him make 112 appearances for the Dutch national team, is only the second non-British manager of the club.

"This role is a hugely exciting opportunity for me, and I cannot wait to get started in the Premier League with the players and staff here in south London," said De Boer.

Palace recorded 41 points and finished 14th in the league last season with 12 victories in 38 games.

Local bodies have no right to appoint teachers: SC

KATHMANDU, May 5: The Supreme (SC) has ordered that the local units do not have the authority to appoint teachers at... Read More...

NUWAKOT, Feb 4: One of the most important monuments of the country, the historic seven-storey palace of Nuwakot district, is in... Read More...

20 ministers lose their jobs, Oli-led Cabinet now has only five members
16 hours ago