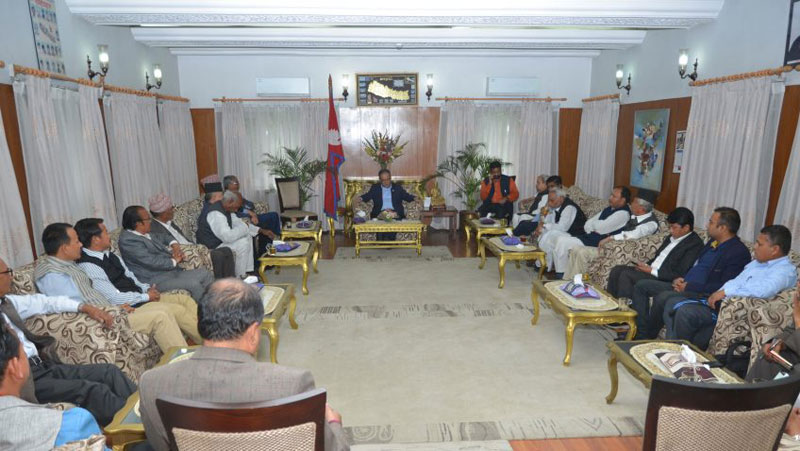 KATHMANDU, May 9: Leaders of Rastriya Janata Party Nepal urged the leaders of three major political parties to endorse the constitution amendment bill and to make an environment for them to participate in the second phase of the local level elections.

According to PM's Secretariat, the leaders of the three major parties replied that they would sit further in meetings for developing consensus on constitution amendment and making environment for the participation of Madhes-based parties in the election.

During the meeting PM Dahal said that the government is committed to endorse the constitution amendment bill from the Parliament and to make the local level election a success.