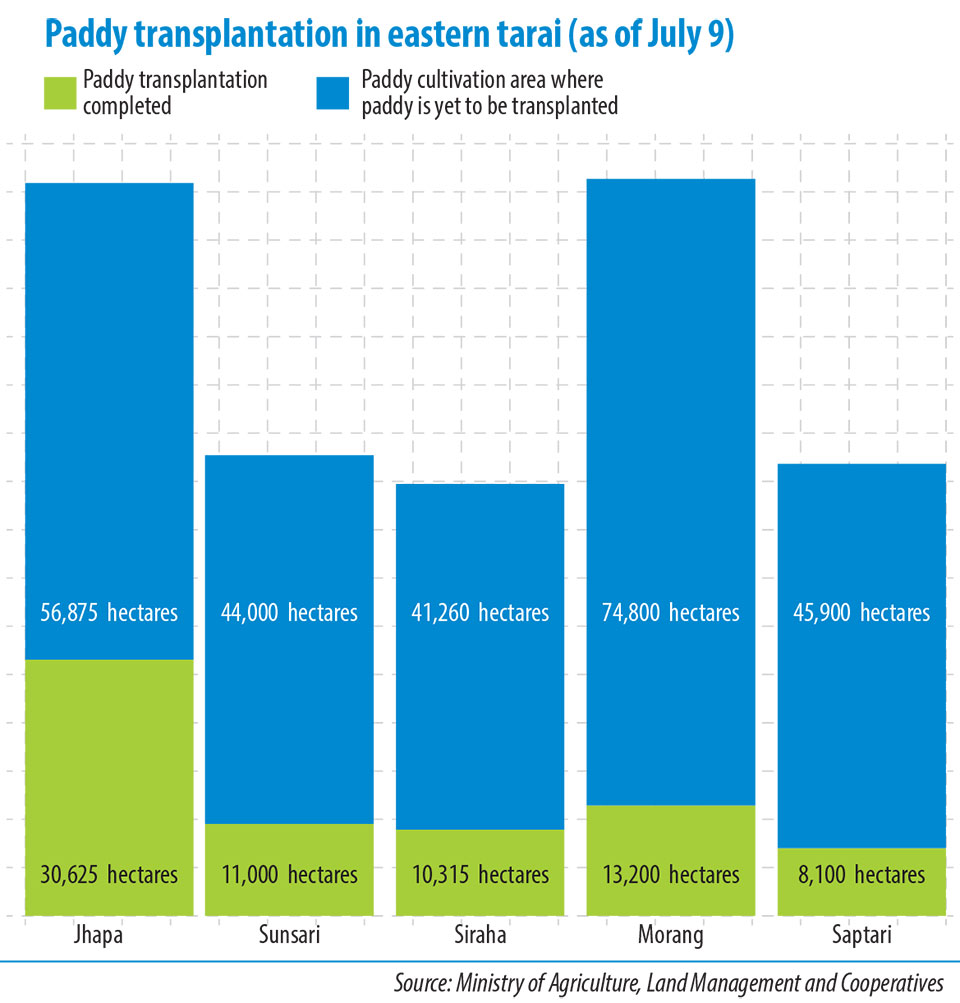 KATHMANDU, July 12: Paddy transplantation in eastern tarai districts is lower this season compared to other parts of the country.

Paddy transplantation rate is relatively higher in western parts of the country as monsoon was active in the west in the beginning, officials of the ministry say. “However, there is nothing to worry as monsoon is gradually becoming active in the eastern region,” Shankar Sapkota, a joint spokesperson for the ministry, told Republica. “This is a normal phenomenon.”

Citing favorable monsoon, the ministry expects transplantation to be completed on 97 percent of the total rice fields in the country by July, 2018.