Paddy plantation completed by 30 per cent 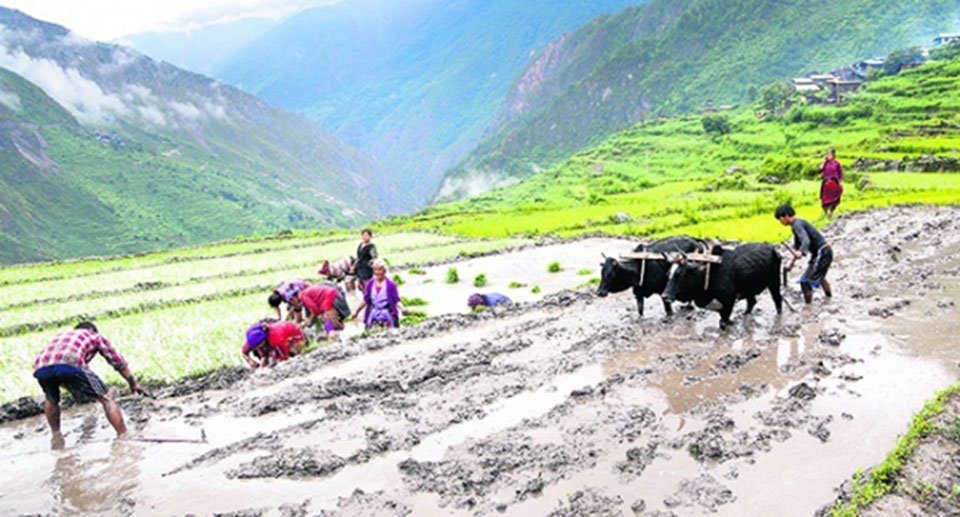 The plantation has been delayed due to lack of favourable climate, farmer Indra Dutta Joshi said. The month of Jestha and Asar in the lunar calendar is taken as the period of paddy plantation in Bajura, as well as in various parts of the country.

The farmers are planting 50 per cent of the local species of paddy and the rest of the developed species, says the Agriculture Knowledge Centre in Bajura. "Last year, we had begun plantation from the last week of Jestha but this year we began only from the first week of Asar," farmer Prabhate Karki said.

Only 30 per cent of the total 7,230 hectares of paddy fields in the district see cultivation of paddy due to lack of irrigation facilities, said agro transfer officer at the Centre Min Prasad Joshi.

Paddy planted only on 48.64 percent of cultivable land in Province 1

MORANG, July 12: Farmers of the province are facing the same problem every year during the paddy transplantation season. The... Read More...