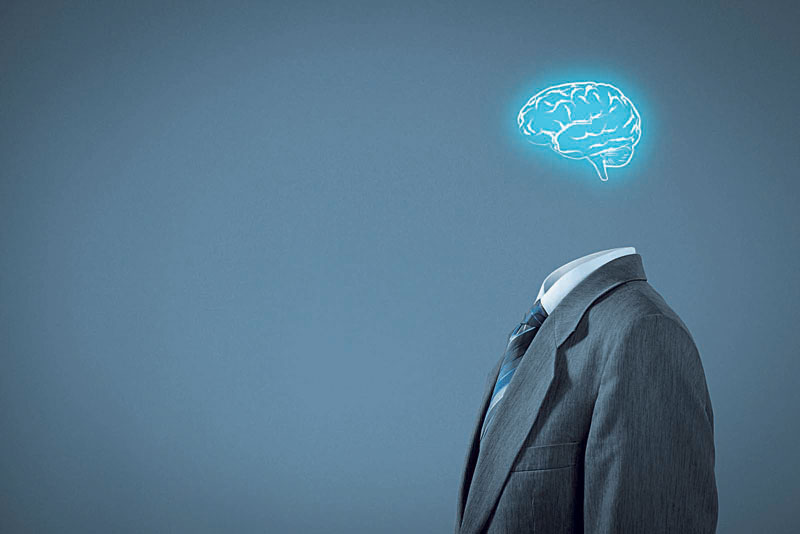 Our greatest wealth may be in the freedom to determine the contents of our consciousness.

Many years ago, toward the end of the sophomore year in an American University, I had somewhat grown disillusioned with academics, strictly because it had resembled another one of my routine activities like showering every morning. I could get through lectures and through semesters efficiently like I could shower, but with a cache: I was doing it with an unconscious mind. I was mostly responsible for that. Notwithstanding, the freedom to inquire, to express and other lofty values that American universities generally adhere to, were, as I experienced, to be preached often but practiced seldom from which I sought liberation.

During an episode of escapism, I stumbled across an idea – ‘I went to the woods because I wished to live deliberately, to front only the essential facts of life, and see if I could not learn what it had to teach, and not, when I came to die, discover that I had not lived’ – these words composed by the American transcendentalist writer Henry David Thoreau in his famous book ‘Walden’ since then had had profound impact on me.

I focused on the word ‘deliberately’ –and it struck me, though I was alive but was I living? After all, we are most alive which also happens to be our best moments, occur as the psychologist Mihaly Csikszentmihalyi explains – not in the passive, receptive or relaxing times, but when one’s body or mind is stretched to its limits in a voluntary effort to accomplish something difficult and worthwhile or simply when one is in Flow. I cherished Thoreau’s application –committed to living whole-heartedly in the woods on a path he’d designed within the strategies he’d advanced, then just being alive whole-heartedly. No longer was showering a routine practice for me – it became an event so did savoring my lunch.

While helping my sibling at his farm, I pride myself on making sure all the vegetable garden beds are of the same dimension and volume. Because I am committed to it more than a hundred per cent, I have learnt to enjoy pretty much everything I do. I have also discerned that all these enjoyments are what success has become for me and not the fact that meticulous preparation of the veggie beds results in bountiful harvest which equals fiscal gain. My judgment of success is quite contrasting from society’s. In one of my previous writings, I had termed society’s wisdom of success ‘masu-bhat’ (see ‘When knowledge is not free’ February, 19). It is of grave sadness that people equate success with material growth. Unquestionably and unfortunately, schools and universities are the places where people are disciplined to accept that success is material gains.

In a research I conducted in 2017, I’d established the reason for the Nepali students’ declining cognitive abilities was a direct result of the curriculum prescribed by the government. The students attending best institutional schools in the Kathmandu Valley were very apt at using the brain’s fast, automatic approach, where intuition dominates than mind’s slower, analytical mode, where reason dominates which the economist Daniel Kahneman labels system 1 and system 2 respectively. The institutions value cognitive abilities highly, but are considerably blind to the strength of non-cognitive abilities. Numerous studies have repeatedly resolved that the non-cognitive ability ‘grit’ helps maintain motivation over long periods despite adversities – success truly lies in one’s experiences of one’s ability to change adversity into enjoyment.

I’m absolutely certain that our ancestors had much more enriching and enjoyable lives than us. Individually and collectively, their life experiences more than made up for their irrelevant per capita income or the gross domestic product. Nepal in the not too distant future will be promoted to a developing country from a least developed one and it’s only meaningful to those for whom any human experience must be measured in wealth. Hardly do they realize that the wealth will never make up for the vacuum in the quality and intricacies of our life experiences in one and in all. As Rudyard Kipling most eloquently elucidates in his stirring poem ‘If’ – if you can meet with triumph and disaster/and treat those two imposters just the same’ implying our human experiences must supersede the abundance or the scarcity.

Another aspect of Thoreau’s outlook that fascinates me is to front only the essential facts of life – Thoreau didn’t pursue complete solitude while at Walden: he’d often visit his mother in the city and have friends over at his cabin by the pond; however, he did pursue simplicity which to him was more scarcity than abundance. He wasn’t resigned to autopilot through life that was fashioned by somebody else, unlike most people. They feed into someone else’s design all the time – the advertisement encourages slurping the soda pop if sleepy during the daytime or at work. I am absolutely sure if Thoreau felt drowsy during the day, he’d just take a few deep breaths.

A proficient yogi or a meditator will always witness the splendor in their life experiences for they are able to live in the present and will heed that neither can you breathe in the past or in the future; you must breath in the present after all breathing is what they utilize to unlock their awareness or stay conscious or, in other words, pay full attention to what one’s engaged in. The regret of yesteryears, the potential of tomorrow or the modern digital social life aren’t the real distractions in one’s life – the mind is. The more one’s mind plays into distraction, the more one is robbing oneself from life opportunities. Our greatest wealth may be in the freedom to determine the contents of our consciousness.

KATHMANDU, Jan 24: The Martyrs Week, during which the nation pays rich tributes to the known and unknown martyrs who... Read More...

KATHMANDU, May 3: A rally was taken out this morning to mark the occasion of the World Press Freedom Day 2018. Read More...

WEST PALM BEACH, FLA., Nov 27: U.S. President-elect Donald Trump said on Saturday that his administration would "do all it can"... Read More...

What next: Midterm elections or a full-term Oli govt?
18 hours ago

KP Oli sworn in again as PM, no new faces in new cabinet
23 hours ago 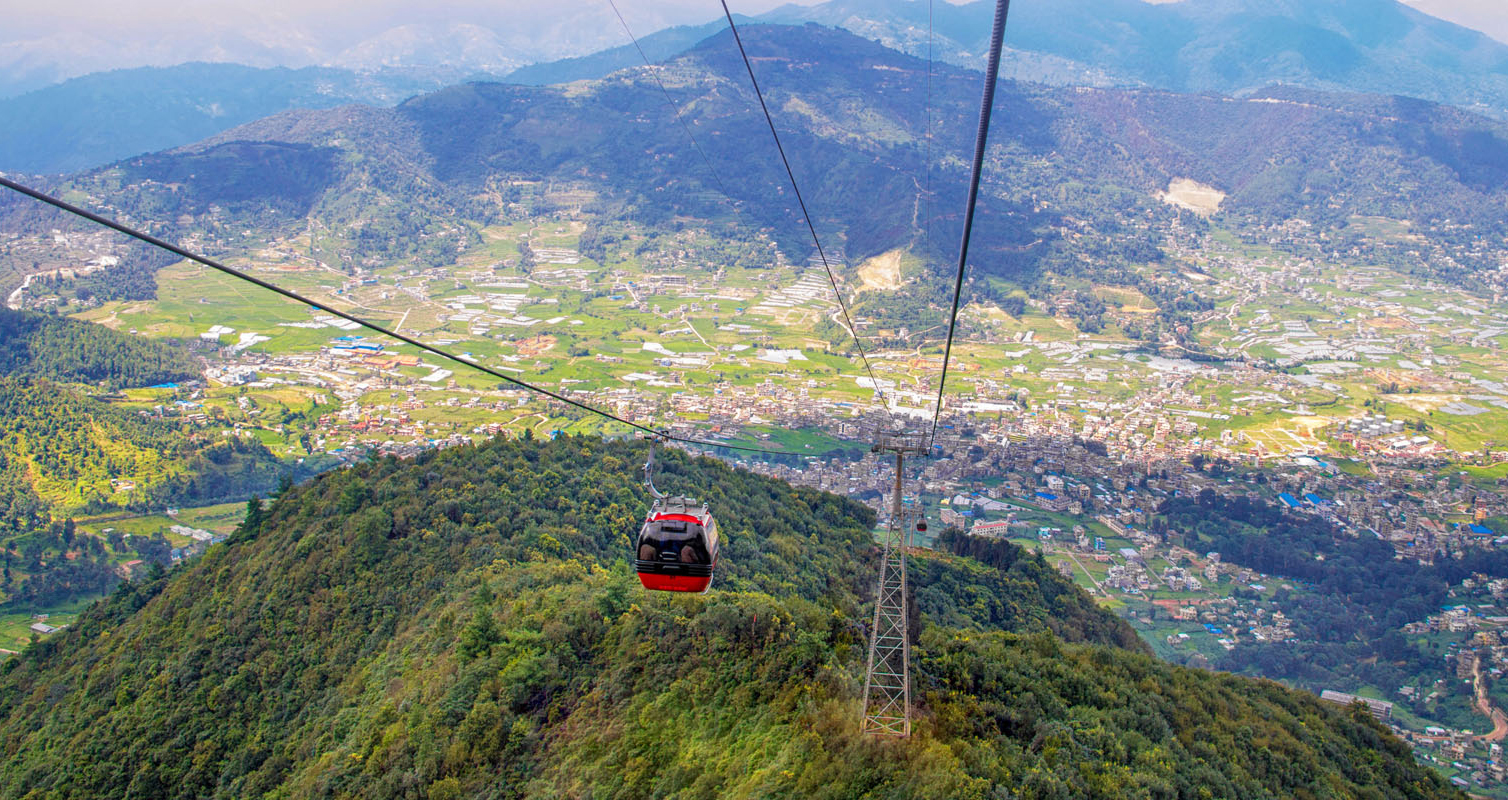