DHANUSHA, Oct 23: One person has been shot dead in Janakpurdham sub-metropolitan city on Wednesday morning.

The deceased has been identified as 40-year-old Manoj Shah, according to Superintendent of Police Shekhar Khanal.

The person was gunned down near the Nepal Electricity Authority District Office, according to witnesses. Shah, who was critically injured, breathed his last while he was being rushed to Janakpur regional hospital. 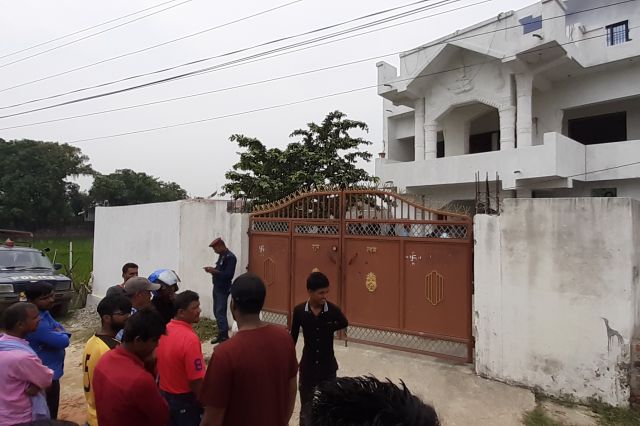 Meanwhile, the police have arrested a local resident Pankaj Chaudhary in connection with the aforementioned murder case.

Chaudhary has confessed to the crime shortly after the arrest.

It is learned that Chaudhary had borrowed money from Shah but despite reminders, he did not return the money. Chaudhary opened fire when Shah reached near the NEA office, Janakpurdham.

Police have also seized a pistol and bullet from the possession of Chaudhary.

District Police Office has launched a probe into the case, SP Khanal told Republica Online. The dead body has been kept at the hospital for postmortem.

JANAKPUR, Oct 11: A freight train loaded with around 5,000 tonnes of ballast arrived in Janakpur from Jaynagar of Bihar... Read More...