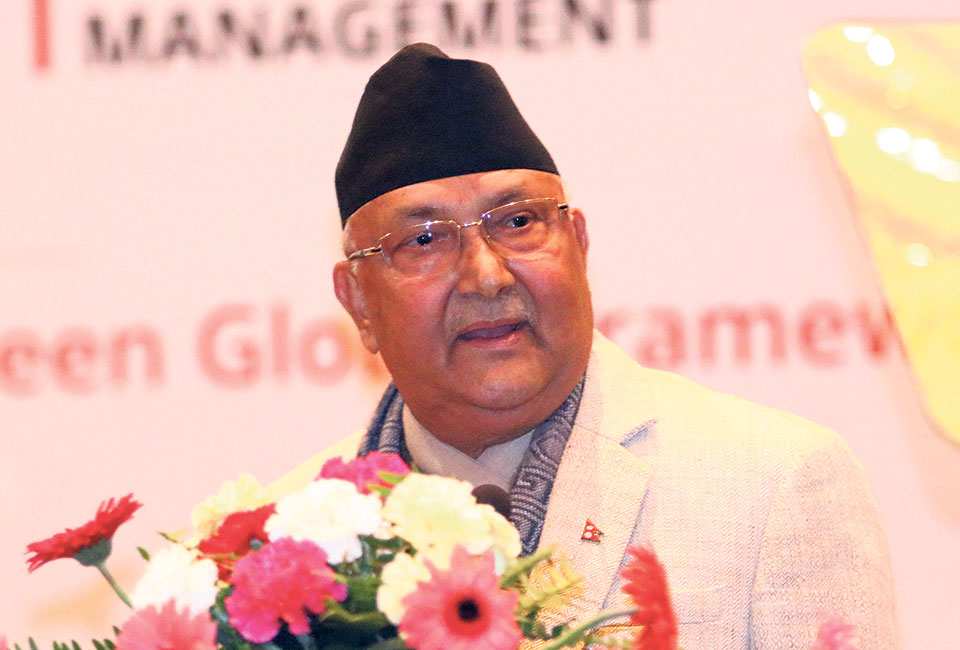 KATHMANDU, Feb 13: Prime Minister KP Oli who skipped an annual commemoration function of the Maoist People’s War Day last year, has decided to attend the event in his party office on Thursday.

The ruling Nepal Communist Party (NCP) has been commemorating the ‘people’s war day’ since last year after the formation of the party following merger between the CPN-UML and CPN (Maoist Center) in 2018. Oli, who always stood against the Maoist insurgency, didn’t attend the function organized at the party office in Dhumbarahi last year. Another senior leader of the party, Madhav Kumar Nepal had also skipped the event.

NCP party office has dispatched an invitation letter to party leaders and the media for a condolence meet at the party office to pay homage to the martyrs of the people’s movement and ‘people’s war’ in the presence of Prime Minister and party Chairperson Oli and party executive chairperson Pushpa Kamal Dahal.

Following split of the-then Maoist party into multiple fringe parties, the largest camp led by the then Maoist supreme commander Dahal had merged with the UML two years ago. Other Maoist factions led by Mohan Baidya and Netra Bikram Chand have been commemorating the first day the Maoist insurgency which began in February 1996.

However, former prime minister and party senior leader Nepal is not attending the event this year also. According to his secretariat, Nepal is currently abroad. Nepal had claimed that the event was organized through individual decision of some of the leaders in the party. NCP General Secretary Bishnu Poudel and leaders Subas Nembang, Amrit Kumar Bohara and Krishna Gopal Shrestha from the former UML background had attended the event last year.

KATHMANDU, Dec 22: President Bidya Devi Bhandari has been dragged into yet another controversy after she summoned influential ruling Nepal... Read More...

Violence against women sees spike in Suklaphanta Municipality
16 hours ago