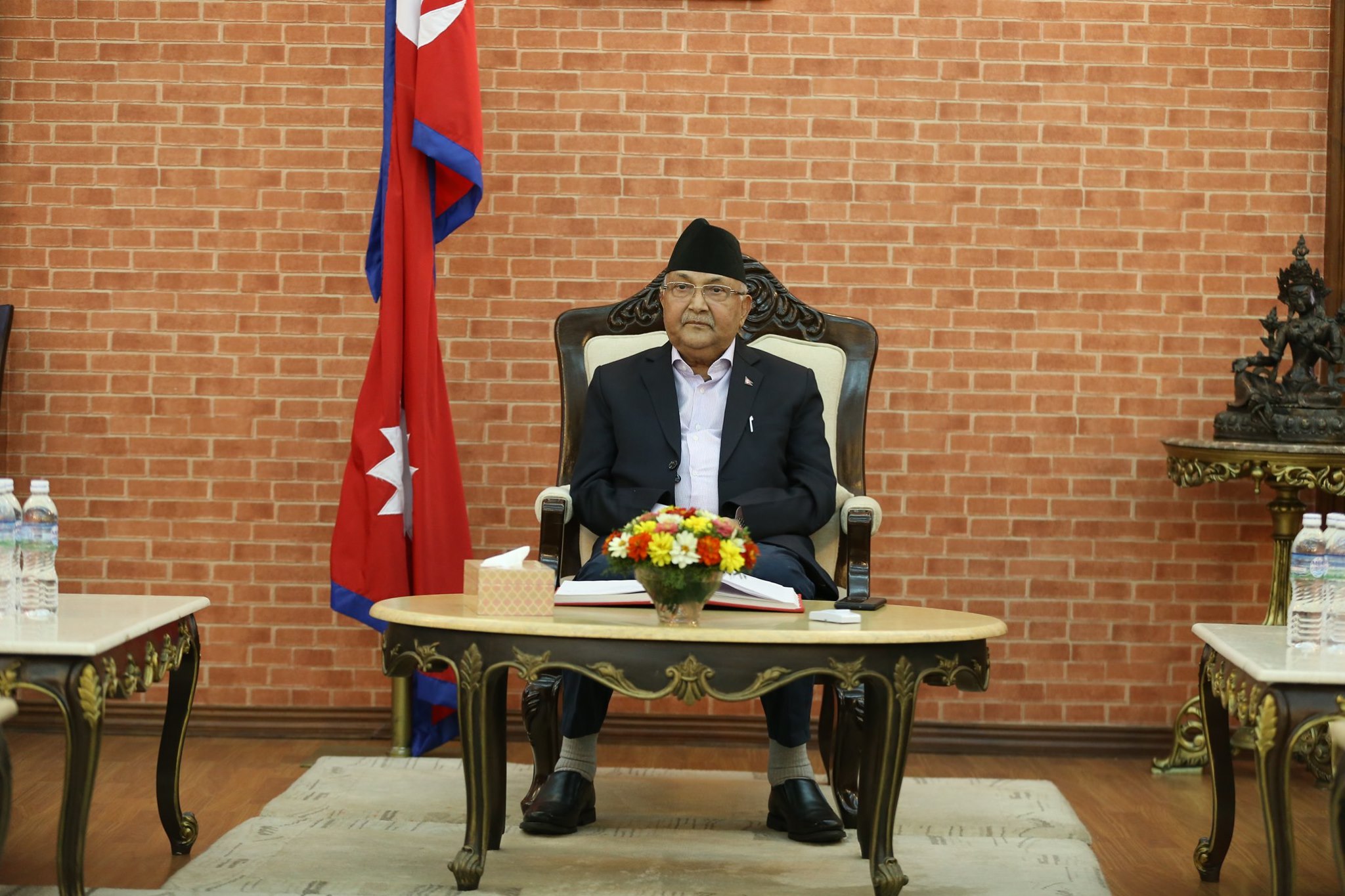 KATHMANDU, Nov 13: Prime Minister K P Oli is planning to induct some of his critics within the party into his new team as he prepares a major cabinet reshuffle next week, said ruling Nepal Communist Party (NCP) leaders privy to the development.

Prime Minister Oli had to face criticism within the party for appointing only his own loyalists as ministers some two years ago. Notwithstanding the criticisms from various quarters, Oli appointed loyalist Bhanu Bhakta Dhakal as law minister after Sher Bahadur Tamang, who was close to Madhav Nepal, was forced out of the post over some controversial remarks he made.

To lessen criticism within the party, Oli has appointed his critic Yogesh Bhattarai as a tourism minister. The position had fallen vacant after the demise of incumbent Rabindra Adhikari in a helicopter crash.

Disappointed with the performance of his confidants in the cabinet and amid criticism within the party over the government's dismal track record, Oli has long been consulting top party leaders about a reshuffle. He also held several meetings since the last week with his fellow party chairperson, Pushpa Kamal Dahal, according to an NCP leader who did not want to be named.

Several NCP leaders told Republica that at least two ministers representing the erstwhile Maoist Center and five from the erstwhile CPN-UML are most likely to be asked to submit their resignations to pave the way for new faces in the cabinet.

“The two-party leaders are yet to finalize the new set of candidates. But the prime minister has been planning to induct new members in his cabinet early next week,” a secretariat member of the NCP told Republica, requesting not to be named.

From the UML faction, Oli's critics in the party Bhim Rawal and Surendra Pandey and Ghanashyam Bhusal are being offered ministerial berths, said an NCP leader close to Oli. Janardan Sharma and Devendra Paudel are also most likely candidates, while either Agni Sapkota or Pampha Bhusal is being considered from the Maoist faction for inclusion in the reshuffled cabinet. Sharma, Sapkota and Bhusal have been criticizing various decisions of the Oli government.

Minister for Industry and Commerce Matrika Yadav and Agriculture Minister Chakrapani Khanal are likely to be ousted from the Maoist side while Minister for Drinking Water and Sanitation Bina Magar may find a new ministerial portfolio, namely youth and sports, according to top party sources.

Sources likewise said that Foreign Minister Pradeep Gyawali is likely to step down and work as chief political advisor to Prime Minister Oli.