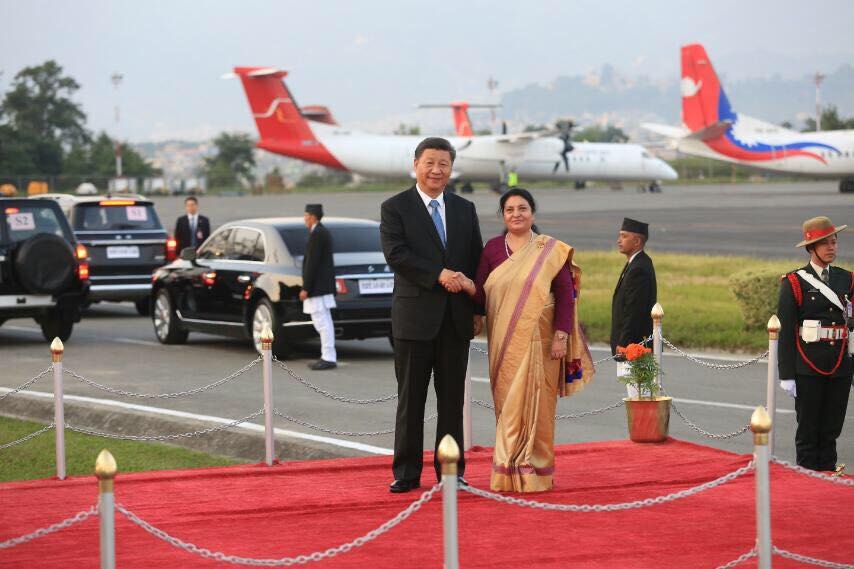 Chinese President Xi Jinping landed in Kathmandu on a two-day state to Nepal on Saturday afternoon.

Leaders of major political parties have opined that two-day sate-visit of Chinese President Xi Jinping to Nepal will add a new milestone to Nepal-China bilateral ties. 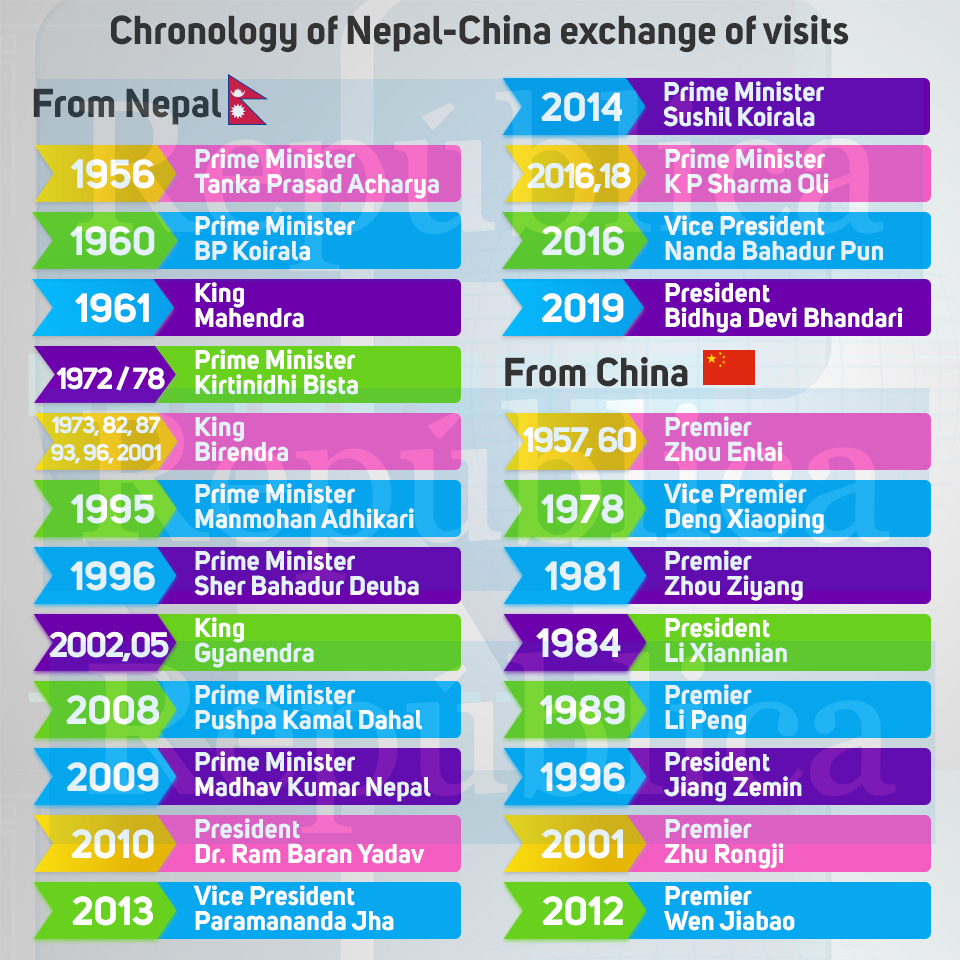 Since the establishment of Sino-Nepal diplomatic relations on August 1 1955, traditional friendship and friendly cooperation between the Chinese and Nepali people have witnessed steady development. The relationship between the two countries remained trouble-free over the years.

A glimpse of ongoing projects executed by China in Nepal

A nine-storey building at Basantapur Durbar Square which was severely destroyed by the 2015 massive earthquake is now being reconstructed with the financial support of Rs 1 billion 3 million by the Chinese government.

The reconstruction work was inaugurated by Wang Yang, the Vice Premier of China during his four-day official visit on August 15, 2017.

Modi and Xi are meeting in the southern town of Mamallapuram, home to centuries old wind-swept temple monuments but also popular with tourists for surfing in its perfect waves. 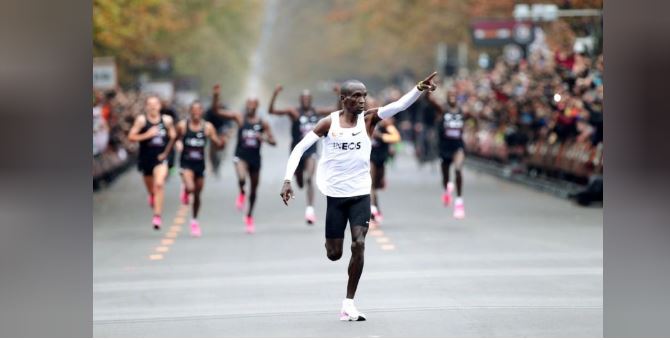 Kenyan Eliud Kipchoge made athletics history on Saturday when he became the first person to run a marathon in under two hours although his remarkable effort will not be recognized by the sport’s governing body.

The Olympic marathon champion and world record holder completed a course around Vienna’s Prater Park in one hour 59:40 minutes on a cool, misty and windless autumnal morning.