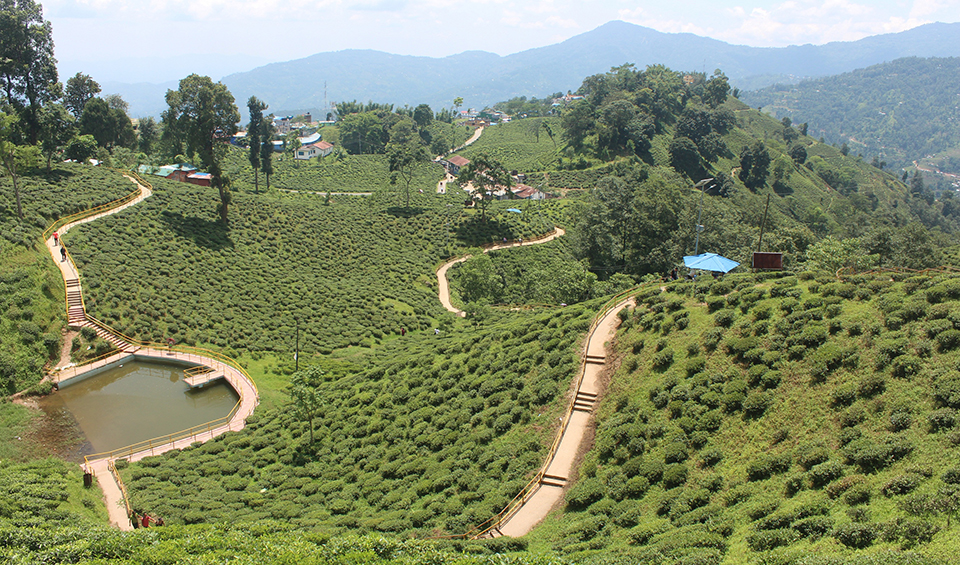 ILAM, Aug 20:  The number of tourists visiting the eastern hilly district of Ilam has increased by 42.6 percent in the last fiscal year.

According to the Tourist Information Center based at Jarekalash between Ilam and Jhapa districts, the number of tourists coming via Jhapa has been increasing drastically.

"However, the exact number of tourists coming to the district may be higher because many of them don't enter their information with us," said Gagan Ghimire, an official at the information center. "This is only the information about the tourists who come in reserved vehicles."

Not only from Jhapa, but many tourists from Pashupatinagar, Sandakpur, and Panchthar also come to Ilam. However, there is no entity to keep the data of people coming from other routes. After the formation of local units, the people's representatives have given priority to road construction and maintenance. This also makes it easy for tourists to visit different places of Ilam.

Earlier, when the road was not maintained, people had to travel via India to reach Sandakpur from Ilam headquarters. Every year, many tourists come to Sandakpur from where people can see the mountains of Nepal, India and Bhutan. Last year, snowfall in the area also attracted many tourists. Entrepreneurs say that reaching Sandukpur is still not that easy during the monsoon season. Tourists from third countries also come to Sandakpur via India.

As the temperature was pleasant during mid-September to mid-October last year, the number of tourists increased during that period. "This year, sunrise and sunset were nicely seen from Antu Hill," said Rudra Ghimire, a home-stay entrepreneur. "Around mid-October, almost 3,000 tourists used to come every day," said Ghimire.

In its annual budget and programs, the government of Province 1 has planned to develop Ilam into a tourist hub.

The locals have been preparing videos and documentaries to promote the tourist places of Ilam. Being a border area between India and Nepal, Ilam has got the attention of both the countries for the promotion of tourism.

ILAM, Aug 28: The sudden deaths of pigeons around Maisthan temple and Ilam market in the last one month have left... Read More...

MUSTANG, Feb 23: With the objective of attracting adventure sports lovers from around the world, Himalyan Ski Trek is starting skiing... Read More...