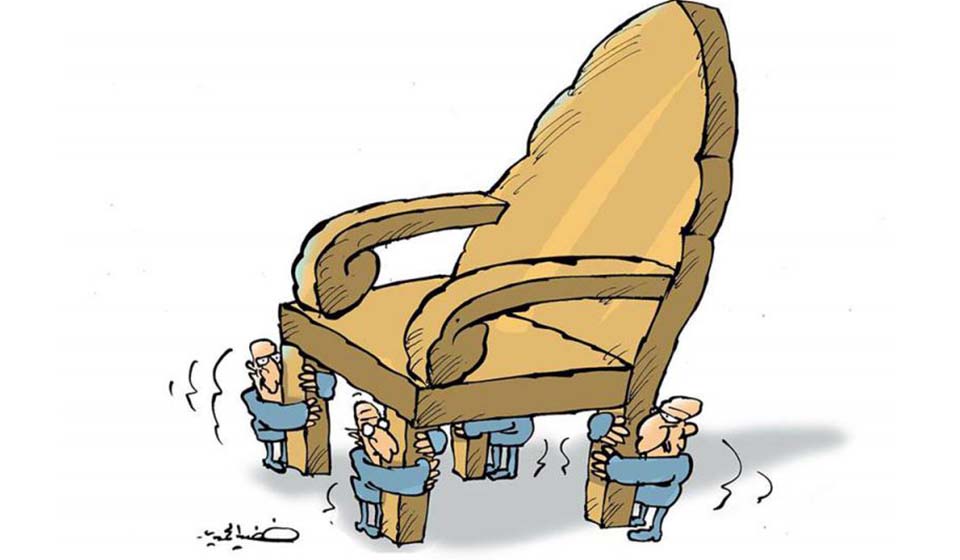 The next elections are scheduled for November 20. We all should take this as a golden opportunity and cast our ballots such that we don’t have to repent for the next five years. This is an opportunity which should not be missed. Let’s throw the snollygosters out of political offices and other positions of power. Let’s stop them this time.

During his grilling for two consecutive days by the parliamentary Impeachment Recommendation Committee late last week, suspended Chief Justice Cholendra SJB Rana made some serious revelations. If one is to take Rana’s remarks seriously, then, in Nepal, the rulers are corrupt, the administrators are corrupt, the judges are corrupt, and the lawyers are corrupt. And so on.

Rana, who now perhaps knows that he will never return to the powerful chair of the Chief Justice again, “presented himself very boldly” while answering the questions of the impeachment panel. He clearly accused some political parties, justices of the Supreme Court, and some big lawyers of hatching a conspiracy to oust him after he set the ‘verdict date’ of the infamous Lalita Niwas land grab scam case and “the verdict included an order to the government to also prosecute two former Prime Ministers as well in connection with the case.” Rana accused some famous, senior lawyers of demanding the positions of chief judge and judge of the appellate courts. “After I didn’t yield to their demands, they all conspired to oust me through impeachment,” Rana told the impeachment recommendation committee, according to one of its members.

But again, how many of us were actually waiting for the suspended chief justice to tell us that most of those in power in the country are corrupt? Perhaps very few of us. Because, most of us know that already. Most of us know that things have only gone from bad to worse when it comes to controlling corruption in the country. Rana only substantiated our conviction that we have been ruled by the corrupt for decades.

The truth is I am not very fond of ridiculing and making a mockery of politicians, rulers and the other so-called big people. But again who should I ridicule if not the politicians and rulers who have been making a mockery of the country and its people for decades? We chose them to rule us thinking that they were heroes. But in no time they proved that they were jokers! That was somewhat tolerable, but now, they have transformed into dangerous villains!! What are we supposed to do to such fake people?

So, laajniti - the dirty and shameless game of politics - goes on unabated. But the price that the country and its people are paying for it is huge, very huge. It seems, without the chair, no politician will live for long. Every politician thinks his life is a complete failure if he doesn’t become at least a minister if not the prime minister. How can we think that a politician who cannot even think to live without the chair will do something for the country?

Many years ago when I was a kid, I never understood what a vote is and why it is cast. I am a mature adult today but I still cannot fathom what happens when we cast our ballots. Many years ago, we set the goal of making our country prosperous and improving our living standard. This goal still continues to elude us. Why?

We the people, the so-called sovereign people, too, are to blame to a large extent for this sorry state of things. For the past many years, we have been electing the same politicians who have failed us time and again. We curse them for five years, saying that the corrupt should be banished from the country. But at the end, when the elections come, we vote for the same politicians. It’s us who elect them. It’s us who put the garlands of victory around their necks, when they ‘win’ and we ‘lose’. It’s us who are always looking for opportunities to honor and felicitate them. So, it’s crystal clear that this mistake is not of the politicians; it is our mistake but the problem is we have been making this mistake time and again and yet not learning!

In other words, we were idiots, we are idiots and we will remain idiots if we continue doing what we have been doing. And all that we have been doing for the past many years is curse the politicians and also give a clap to the same politicians. Therefore, let’s stop cursing the politicians. Instead, let’s just stop giving them a round of applause every time they deliver their hollow speeches. Let’s stop voting for those who have been tried and tested time and again and yet failed to deliver every time.

The local elections held on May 13 have shown a glimmer of hope; fed up with the shenanigans of the political parties for years, the people of Kathmandu, Dharan and a few other places elected independent candidates who are doing quite well. The next elections are scheduled for November 20. We all should take this as a golden opportunity and cast our ballots such that we don’t have to repent for the next five years. This is an opportunity which should not be missed. Let’s throw the snollygosters out of political offices and other positions of power. Let’s stop them this time.

Kathmandu, Dec 1: The Election Commission (EC) has urged the election campaigners to not use the photos of martyrs to... Read More...