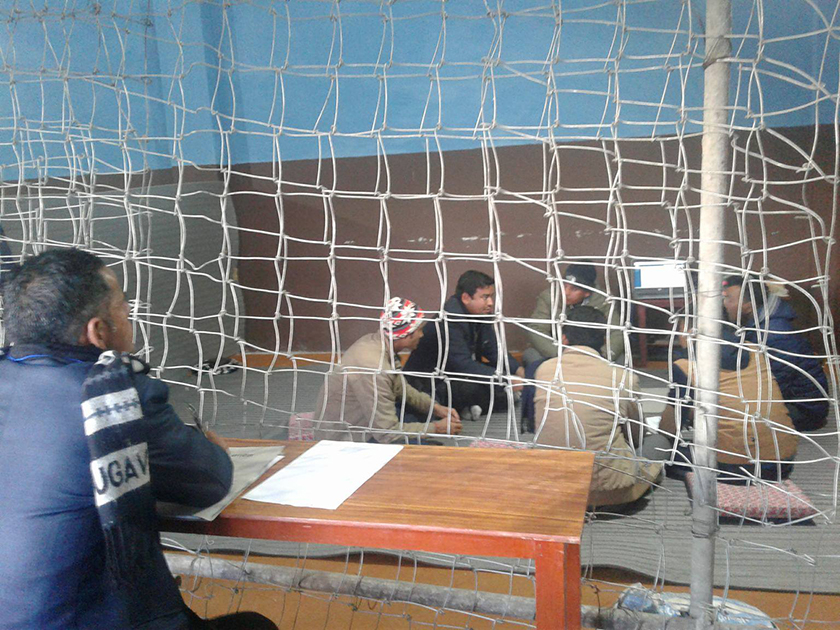 KATHMANDU, Dec 7: The vote counting of the first phase of the election of House of Representatives and Provincial Assembly has started in most of the districts. The counting has started after 5 pm following the meeting of all party in the respective districts.

The security arrangement has beefed up in and around the counting center. Most of the districts have arranged the counting process behind security fencing.

Likewise, in Rasuwa, Bajura, Jajarkot, Rukum East, Bhojpur, Jumla, Rolpa and Baitadi, the counting has begun after 5 pm on Thursday.

Similarly, final preparation is underway in districts like Okhaldhunga, Khotang and Darchula to begin the counting process.

The counting will elect 37 members in House of Representatives and 74 members in Provincial Assembly of 32 districts. The first phase of the election was held on November 26 in 32 districts.

65% voter turnout in first phase of election: EC (With video)

KATHMANDU, Nov 26: The total voter turnout of the election of House of Representatives and Provincial Assembly held on Sunday... Read More...

Parties 'agree' for vote counting right after phase I polls

EC to begin vote counting shortly after phase I polls

KATHMANDU, April 26: The Election Commission has decided to begin counting the votes cast in the first phase of the local... Read More...