Not another Game of Thrones 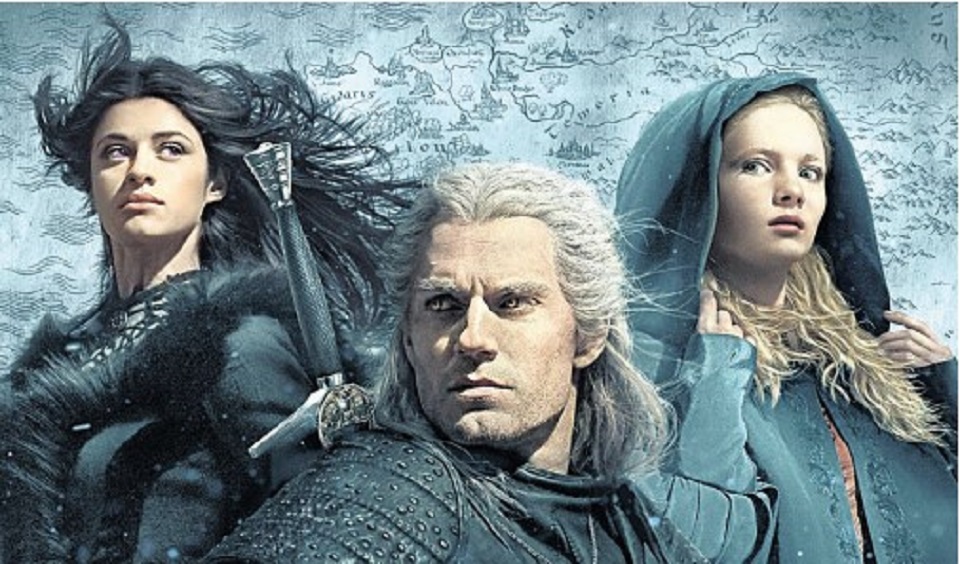 This is the classic case of the internet-made-me-do-it. I had no plans of watching yet another fantasy show set during the medieval times, then being disappointed when the writers decide the show has gone on long enough and end it in the least logical way possible.

I’m looking at you, Game of Thrones.

But when my timeline started filling up with quasi spoiler memes, jokes I didn’t get and Henry Cavill in a white wig, my lonely little self finally gave in to the magnetic pull of The Witcher fandom.

And I can’t say that my time was wasted either.

The show follows Geralt of Rivia, a monster hunter, who belongs to a mutant species known as Witchers. Witchers are said to have superpowers, thus making regular humans wary of their existence. They’re usually treated as second class citizens and are dwindling in number. We have Yennefer, a powerful sorceress from a city called Vengerberg. And Ciri, a young princess fleeing from her kingdom that is under siege.

The Witcher does one of those multiple-timelines-seamlessly coming-together things that usually leaves the watchers confused and loose ends in the plot. The story is told through three perspectives and luckily, the characters are interesting enough that the branched out timelines aren’t that big of an issue. And since seven seasons have been confirmed till date, everything will hopefully be neatly tied up in the end.

So is The Witcher worth watching? I’ll say it is.

Much of the internet is saying that this is the next Game of Thrones. I disagree.

Nothing will ever compare to what Game of Thrones was. Despite how it concluded, much of the show will always remain undefeatable in its craft. The first episode of Game of Thrones was more convoluted than an entire season of The Witcher. And while there are a lot of similarities, it would be unfair to compare this Netflix show to the worldwide phenomena that was the Game of Thrones.

This doesn’t mean that The Witcher isn’t entertaining. Most of the show is mindless fun.

Geralt of Rivia is a brooding character whose background is shrouded in mystery. He tends to talk a lot in grunts and whispers— an added trait to his already memorable character played by Henry Cavill—but when he speaks, it’s impactful.

Yennefer of Vengerberg is supposed to be a bitter, conflicting and a sad reflection of what it means to be a woman. But I found her character to be a bit much. For most of the season, I just wanted to skip through her scenes. It was only near the end when her life is threatened and I started getting worried that I realized that she’d actually managed to grow on me.

Ciri, for the most part, is quite entertaining to watch. Lost, alone and frightened, she travels all across the map to find her way to the one person who can keep her safe. Again, I’m not one of those people who cheer on as people go through tremendous pain, but things seemed a little too easy for her. You won’t appreciate safety until you’ve been in grave danger. I never felt like anything bad would ever happen to her. Maybe it’s on the writers or maybe it’s just me who’d rather see characters suffer, but I really felt like Ciri needed more development.

There is one recurring character throughout the show, Jaskier, who’s kind of a sidekick to Geralt. As expected, he’s the comic relief of the series, playing a struggling musician and the creator of the catchy and infamous song, Toss a Coin to Your Witcher. Jaskier brings the perfect balance to Geralt’s moodiness and is quite great at messing things up and having Geralt save him at every turn. So far, I love the chemistry between these two characters. And if I had to watch another ten episodes of Jaskier and Geralt banter with each other, I really wouldn’t mind. For me, they were the best parts of the show.

I also really liked the script. Was it absolutely over the top and corny? Yes. Did it make me roll my eyes at times? Yes. But sometimes it would also bring in hilarious quips from unexpected characters that made me burst out laughing.

The cinematography is spectacular. There is one particular action scene in the first episode that deserves its own separate award. The locations are grand but fitting to the context. And even though a few CGI on some creatures are weird, I could excuse it because the rest of the show is flawlessly constructed.

However, as someone who hasn’t read the books or played the game, the series seemed like it was trying to incorporate elements of both to try and please the fans. While a larger story continued throughout the season, each episode had a ‘mission’ of sorts—like playing a video game and moving on to the next level. Many of those missions had our main characters meeting other people who never show up again or add anything new to the story.

Moving on to the more fantastical part of the show, I have to admit, a lot of it is just jarring. There are all sorts of creatures living in this world. From werewolves and elves to dragons and witches, The Witcher isn’t very good with world-building. The monsters that Geralt hunts each have different kinds of names. New species are introduced every episode only to go on to disappear in the next. And it takes a while to get used to the jargon of this new universe.

The political conflict is pretty lame. There is one kingdom trying to gain control and apart from that, there’s hardly any conflict at all. It’s also a little confusing to keep tabs on all the kingdoms and cities. But once you get a hold of how the world looks and where each character comes from, it becomes quite easy to understand what’s going on.

However, there are a lot of unanswered questions at the end of the first season. You can only hope the upcoming seasons will make it up to you.

BIRATNAGAR, March 30: Although the government has suspended land border crossings with India to prevent the spread of coronavirus, Nepali... Read More...