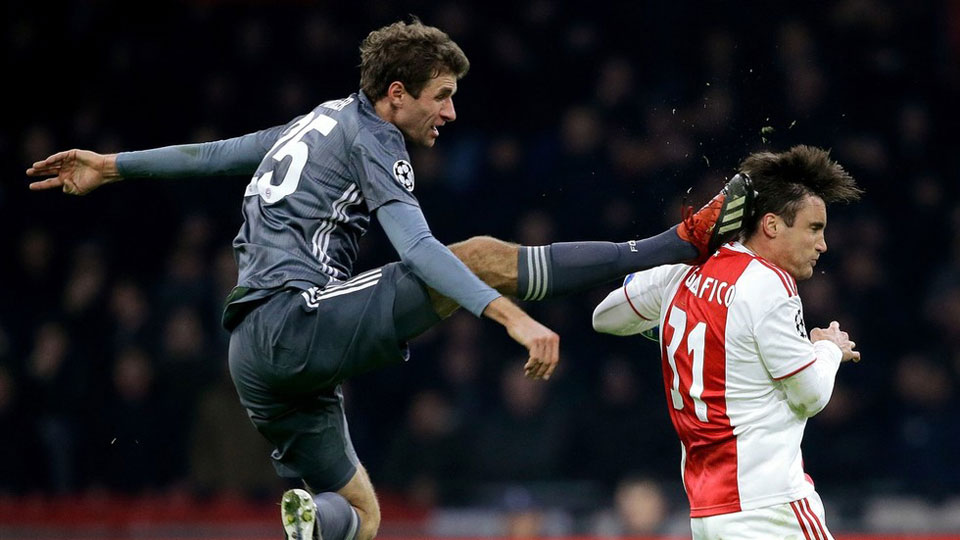 LONDON, Dec 13: Bayern Munich’s Thomas Muller was handed a straight red card for his head kick on Ajax defender Nicolas Tagliafico in the Champions League on Wednesday – but insisted there was “no intention” behind the shocking challenge.

Tagliafico was left needing stitches and staples in the back of his head when Muller led with his boot in a Kung Fu-style tackle in the 75th minute, which earned the Bayern forward a straight red from referee Clement Turpin.

Tagliafico remarkably played on while it was an early bath for Muller on what was a club record-tying 105th Champions League appearance for the Germans.

The incident came in a fiery game in Amsterdam in which Maximilian Wober had been dismissed eight minutes earlier for a studs-up lunge on Leon Goretzka.

The red cards were part of a thrilling 3-3 draw that was a strong contender for the most entertaining of this season’s Champions League group stage.

Both teams were already sure of a place in the knockout stages but an Ajax win would have seen them leapfrog Bayern at the top of the group.

Robert Lewandowski gave the Germans the lead on 13 minutes before Dusan Tadic equalized 15 minutes into the second half.

The pair of red cards followed before Tadic struck a second from the penalty spot to put Ajax ahead with 10 minutes to play, but the drama was far from over as Lewandowski added his second – also from the spot – before Bayern's Kingsley Coman scored what his team thought was the winner in the 90th minute.

However, a patched-up Tagliafico got into the Bayern box five minutes into added time and helped force an own goal through Niklas Sule to snatch a draw for the Dutch.

After the action-packed encounter, Muller reportedly told journalists that there had been “no intention” to injure Tagliafico, whom he is said to have sought out to apologize in person, although the Argentine had already left the stadium.

Bayern’s Goretzka was less than sympathetic to his teammate, telling reporters: "You just have to look at how the boy was stitched up on the field. That was a clear red card."

Muller faces an automatic one-match ban which will rule him out for the first leg of the last 16, which Bayern qualified for as winners of Group E on 14 points, with Ajax second on 12.

Elsewhere on an eventful night of Champions League action, CSKA Moscow inflicted a 3-0 defeat on Real Madrid at the Bernabeu – the Spanish club’s worst-ever European home loss – although the Russians still finished bottom of the group after Viktoria Plzen beat Roma 2-1.

Already-qualified Juventus slipped to a surprise 2-1 defeat to Young Boys in Switzerland but still topped Group H ahead of Manchester United, after they lost by the same scoreline at Valencia.

Manchester City beat Hoffenheim 2-1 at the Etihad Stadium to confirm top spot in Group F and will be joined in the last 16 by Lyon, who drew 1-1 with Shakhtar Donetsk in a snowy Kiev.

When and where is the Champions League last 16 draw? 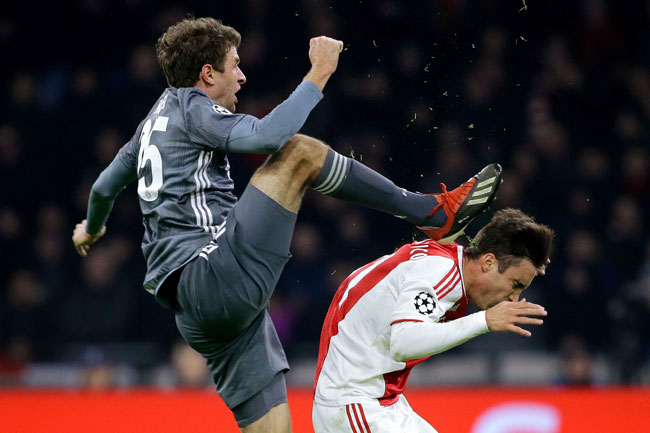 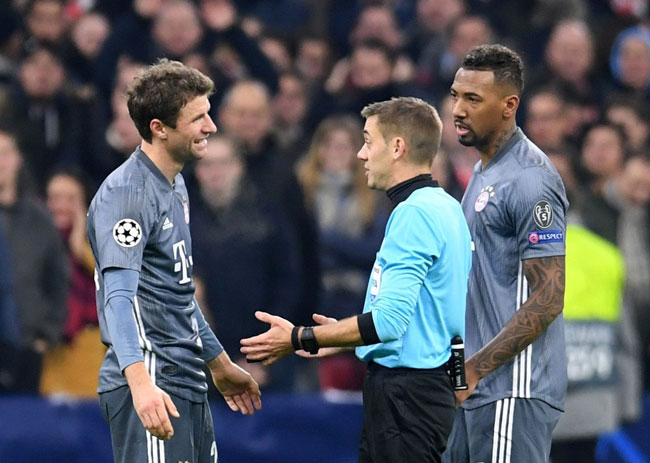 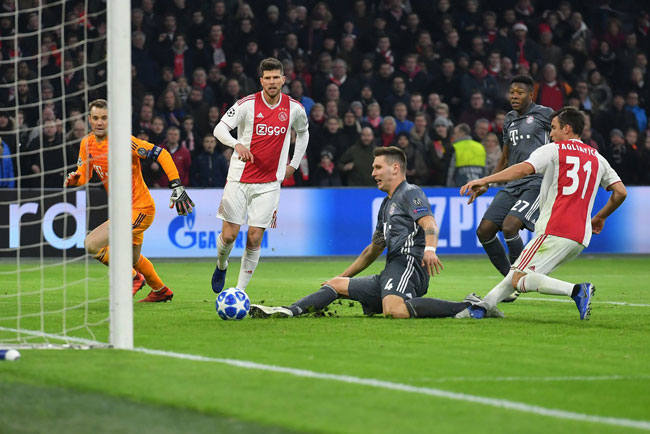 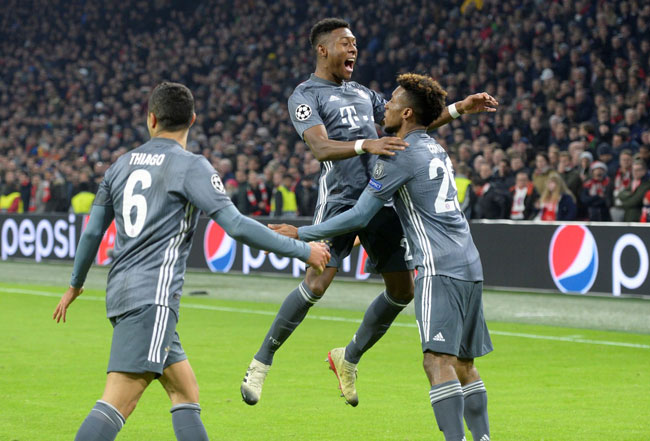 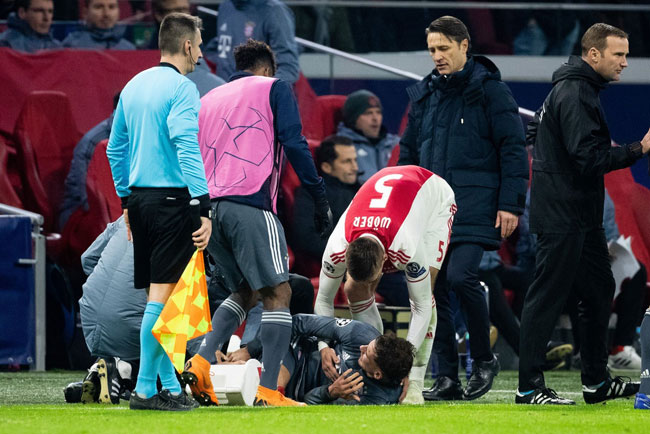 Himalaya Airlines carries out test flight to Lhasa
45 minutes ago