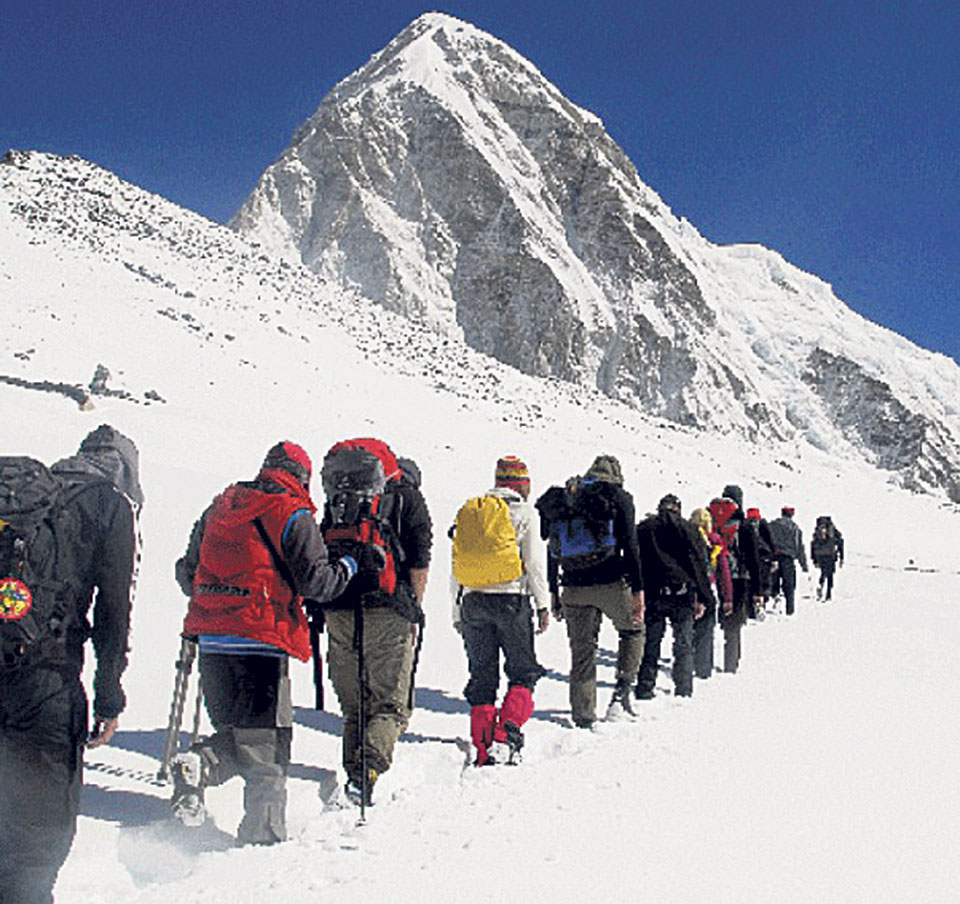 KATHMANDU, March 22: National Natural Resources and Fiscal Commission (NNRFC) has started homework for devising formulas for distributing royalties of five different types of natural resources among all three tiers of the government.

The commission is currently analyzing resources available across the country and revenue collection figures of the last fiscal year.“

"We have started internal preparation for devising formulas for allocating royalties earned from different natural resources. In the first phase, we will collect data and study them," Ram Prasad Ghimire, the spokesperson for the commission, told Republica.

Mountaineering, hydropower generation, use of forests, mines and minerals, and water and other natural resources are the five revenue-generating sectors. These sectors can be the major revenue generating sectors for both provincial and local governments.

According to officials, the commission will put all the money collected from these resources in 'federal divisible fund' and allocate the amount to three tiers of the government based on a formula which takes location and affected community as key factors.

The Inter-governmental Fiscal Management Act endorsed in October last year has set the percentage for sharing royalties collected from natural resources. As per the act, provincial and local governments will get 25 percent each, while remaining 50 percent goes to the federal government“

"Unlike other grants, we have to keep record of royalties collected from each natural resource as the recipients of royalties will be varying. We will distribute royalty after distributing other grants to all government tiers," added Ghimire.

Concerned government departments looking after natural resources were distributing royalty till FY2016/17. But the distribution formulas were set differently and they lacked harmonization. In many cases, the basis of royalty distribution was not transparent and, at times, influenced by political leaders and people close to the power center.

There is unequal distribution of natural resources among the seven-province“. "Province 2 has less forests and does not have hydropower potentials, while Provinces 1, 3, 4, 5 and 7 are rich in water resources," a report entitled 'Comparative Analysis of Economic and Administrative Data and Challenges' published last week by Governance Facility, states“
"Provinces 6 and 7, which lag behind other provinces in terms of economic, social and human development indicators, have natural resources in abundance. Local levels and provinces rich in natural resources are likely to get bigger share of revenue collected from natural resources," the report states.

KATHMANDU, Oct 7: Local level units and provinces will get 25 percent each of the royalty collected on the use of... Read More...

KATHMANDU, Jan 21: The office of National Natural Resources and Fiscal Commission (NRFC), the constitutional body with an authority to advise... Read More...

Kathmandu’s sky is clear after months, air quality index docks at less than 35 μg/m³ (with photos)
1 hour ago