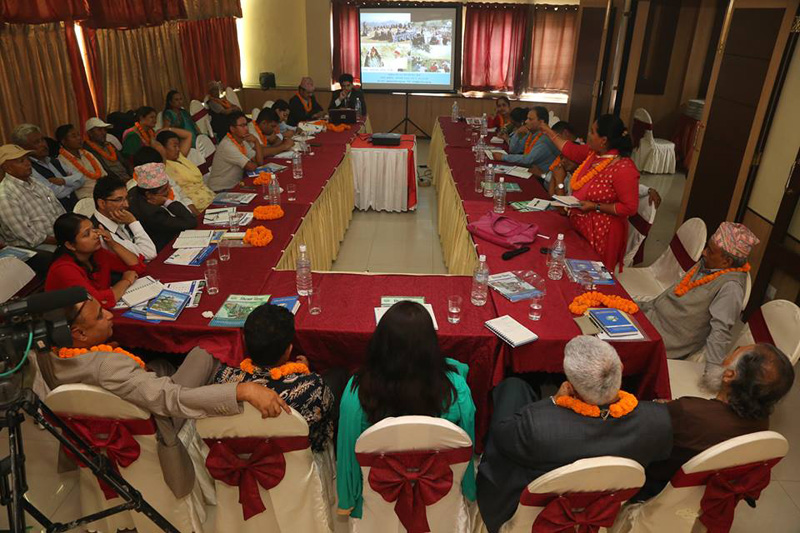 KATHMANDU, June 10: Stakeholders have sought role of community for settling dispute related to natural resources at the local levels.

Representatives from various organizations working on the concerned field worried that such disputes may rise in the new federal set up, due to lack of resource sharing policy among other issues.

Speaking at fourth anniversary of Natural Resource Conflict Transformation Center Nepal in the capital on Saturday, stakeholders said role of policy makers and locals will be vital for minimizing such conflicts.

Former Chairperson of Federation of Community Forest Users Nepal, Apsara Chapagain said that conflict management on natural resources should be taken under the provincial structure. Bhola Khatiwada of Community Based Forestry Supports’ Network said that new policy should focus on settling dispute between state and community forest users.

Thapa informed that over 2800 disputes has been settled from 273 reconciliation centers established by the organization.

KATHMANDU, Oct 7: Local level units and provinces will get 25 percent each of the royalty collected on the use of... Read More...