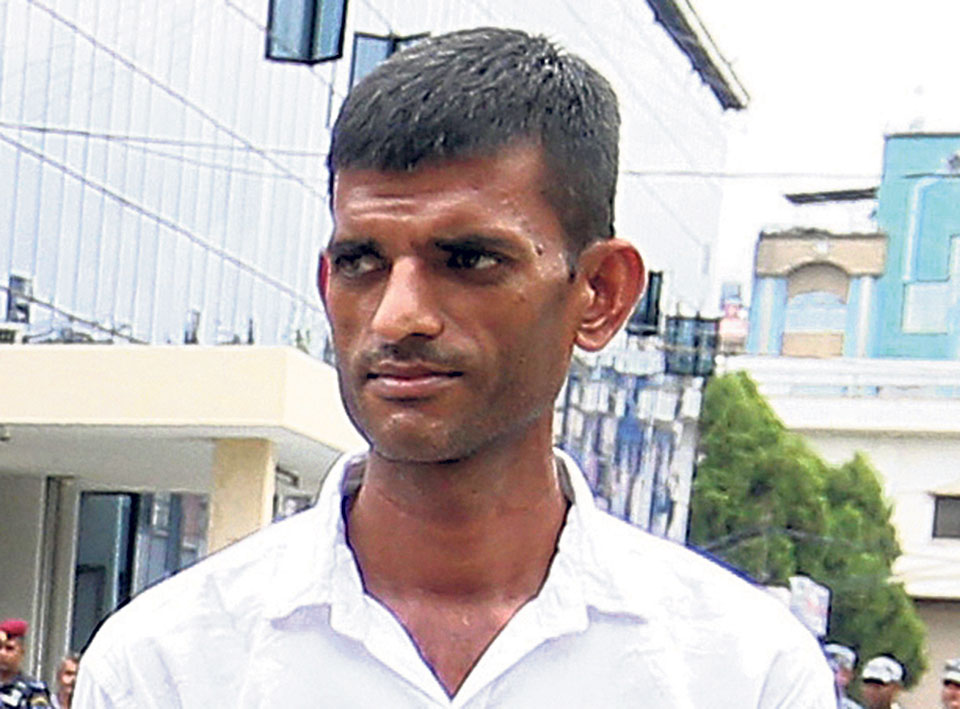 KANCHANPUR, Nov 25: Yagyaraj Panta, who has been staging a sit-in in Dhangadhi, demanding justice for his daughter Nirmala who was raped and murdered in Kanchanpur in July, was taken to Kathmandu for treatment, Saturday.

He was taken to the capital in a Scorpio jeep accompanied by police after airlines declined the risk of flying him in view of his serious condition, according to DIG Suraj KC.

Yagyaraj was found to be suffering from mental health problems due to his indefinite sit-in round the clock. Nirmala’s mother Durga Devi has accompanied him to the capital.

“He has gone out of control. It’s been four days since he started murmuring to himself. I’m starting to get worried,” informed Durga Devi. “We have to leave behind our two remaining daughters at home and that is also making me worry.”

A video that is now going viral on social media clearly shows that Yagyaraj has developed mental illness. He and his wife have been staging a sit-in before Kanchanpur District Administration Office (DAO) since the past 13 days.

Relatives and neighbors are greatly worried over Yagyaraj’s condition. Durga Devi said he has started showing unusual behavior of late.

“He screams and scolds and repeatedly warns that he will shoot himself. I have never seen him behave like this before,” she added.

He has also become restless and distraught as hundreds of people keep asking him the same kind of questions every day, according to her.

Before the onset of his mental illness, Yagyaraj had said their only demand was to see the culprits responsible for the rape and murder of their daughter brought to justice. “I will die in front of the DAO but I’ll not be pushed away from my sit-in until they nab the culprits,” he had insisted.

Police have failed to make any headway even four months after Nirmala’s gruesome murder at Bhimdutta Municipality-2, Kanchanpur. The case has led to deep anger and frustration among people across the country and protests have intensified.

In the face of nation-wide protests demanding justice for Nirmala, Prime Minister KP Sharma Oli and Home Minister Ram Bahadur Thapa have repeatedly vowed to nab the guilty at the earliest. However, the police appear clueless and feckless.