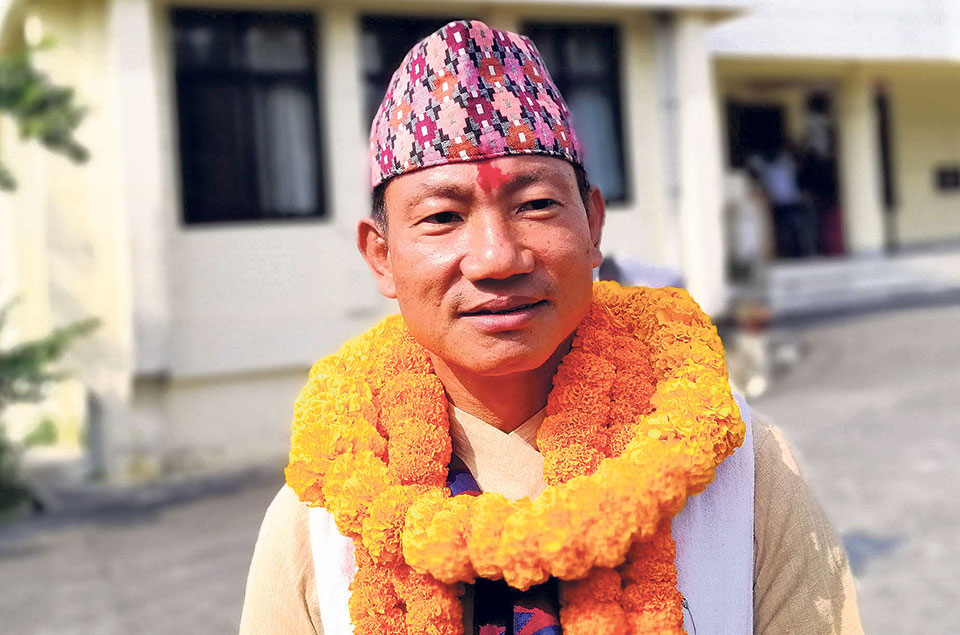 DHARAN, Dec 5: After assuming office on Wednesday, the new mayor of Dharan Sub-metropolitan City Tilak Rai has decided to carry out a study to review municipal taxes as per public demand.

A municipal assembly had earlier endorsed and implemented the Finance Act-2019 that imposed various taxes, which locals said were very high compared to other municipalities in the region.

A taskforce will be formed to reduce the tax rates, according to Mayor Rai, who had snatched away the NCP constituency in last week’s by-election.

Prior to the mayoral elections, both the candidates of NC and the ruling NCP during their election campaign had pledged to revise the tax rates. But on Tuesday, shortly before Rai assumed the mayorship, the ruling NCP had also instructed the authorities concerned to reduce the tax rates in Dharan Sub-Metropolis.

“The tax rate will be fixed in a scientific manner. I hope the NCP will also help in this endeavor,” Rai said.

At the start of the current fiscal year following the hike in taxes by the sub-metropolis, Nepali Congress and other fringe parties had formed a joint struggle committee and protested the high taxes. After the protest, the sub-metropolitan had made minor adjustments to the tax rates.

NCP has two-thirds majority in the executive council of sub-metropolis and the municipal assembly. In the 30-member executive council, NC has a mayor and five ward chairs, while NCP has a deputy mayor and 24 members. So, it will be tough for the newly-elected mayor to implement his proposals without NCP support.

DHARAN, June 26: The students and teachers of BP Koirala Institute of Health Sciences (BPKIHS) have been staging protests against... Read More...

DHARAN, Oct 17: A live musical concert was organized on the playground of Public Higher Secondary School, Dharan on Saturday. The... Read More...