Nepathya to perform at Swoyambhu on September 29 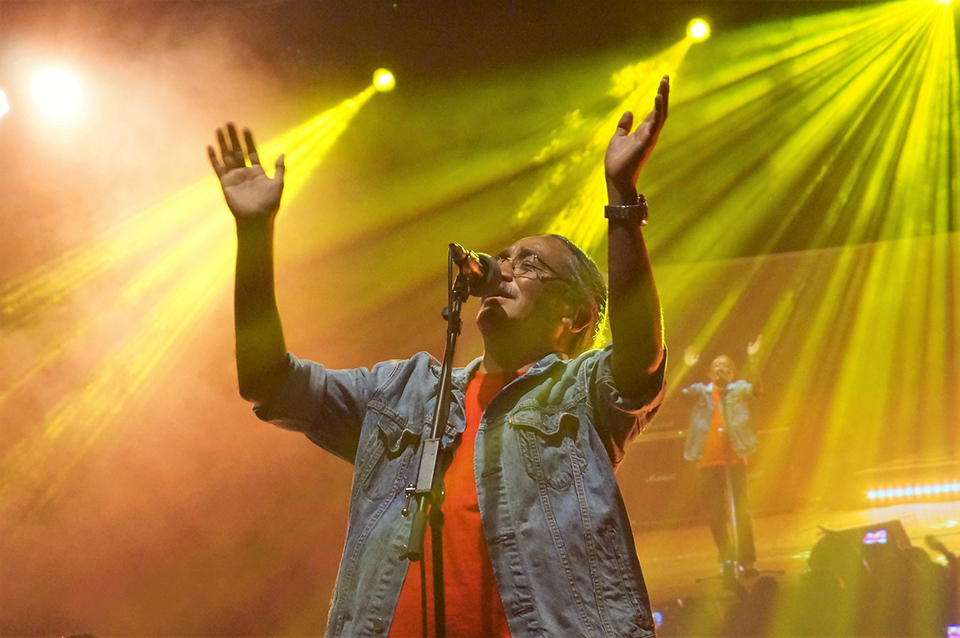 KATHMANDU, Sept 2: Nepathya will perform at Swoyambhu after a massive show in the UK.

The show at Swayambhu is scheduled for September 29. “I am glad the band agreed to perform for Swoyambhu.” Said Nepathya drummer Dhruba Lama. “Swoyambhu club has undertaken the responsibility and will use the proceeds for the preservation of heritage there”, he added.

On September 1, the legendary band Nepathya played at O2 Brixton, UK. Previously, they had performed at Wembley Arena five years ago, and at O2 Academy Brixton three years ago.

After the UK show, the band headed home.  Nepathya front-man Amrit Gurung said, “It is overwhelming to get such love and support from our audience where ever we go,”. “When we see such love from the audience, our 25 year-long musical journey seems worthwhile.”, Amrit added.

Dhruba Lama on drums, Suraj Thapa on keyboards, Subin Shakya on bass, Niraj Gurung on guitars, Shanti Raymakjhi on Madals, and Amrit Gurung on vocals performed for Nepathya band in the UK.

In a two hour long packed performance, Nepathya front-man shared his experiences of his travel across Nepal and stressed for unity among Nepalis to rebuild the nation, for which Nepalis living abroad could contribute largely.

IN PHOTOS: People exchanging old banknotes with new ones at NRB
11 hours ago