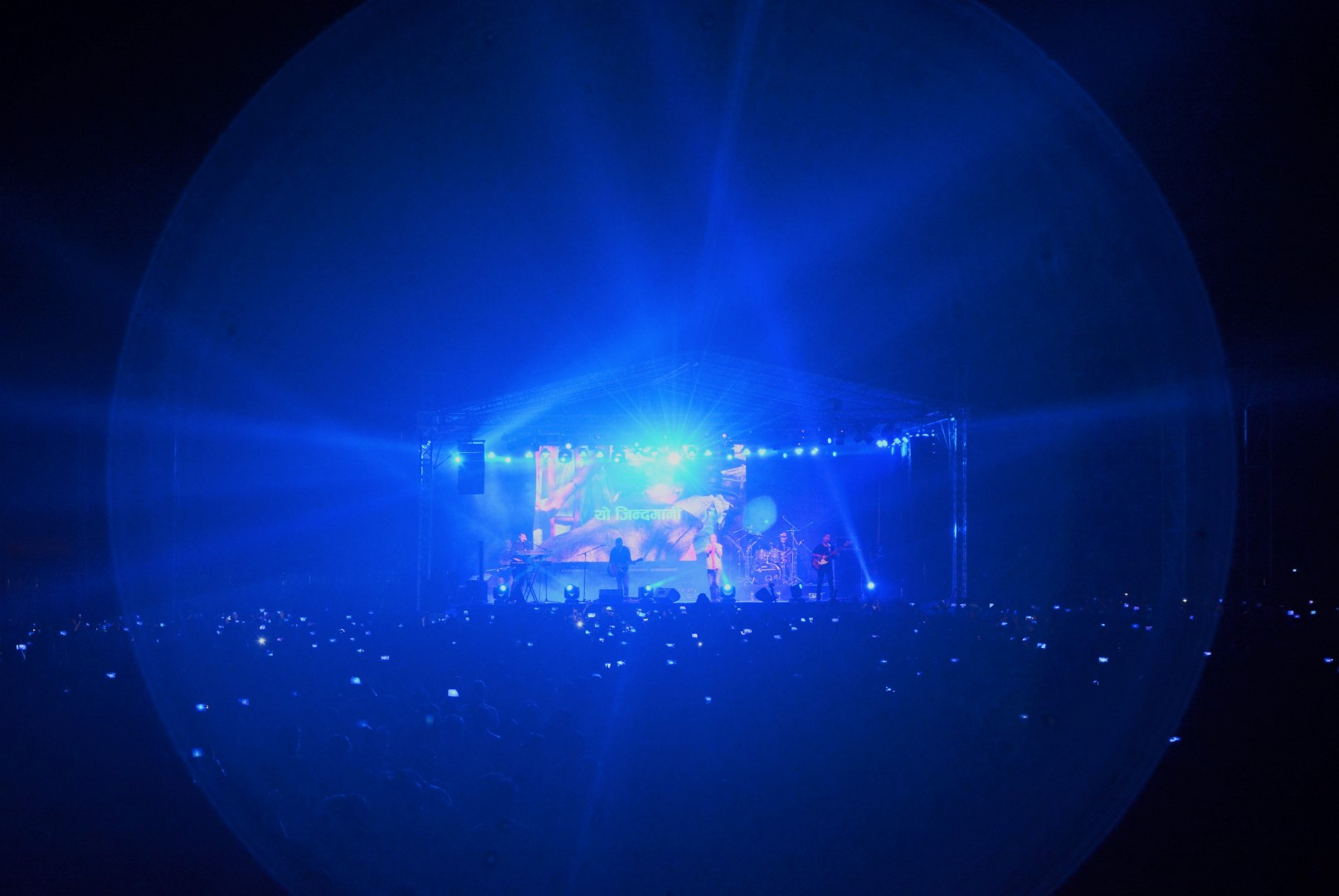 BIRTAMODE, Nov 21:  Nepathya kick-started their ongoing nationwide tour with a sold-out show here at the Domalal Stadium in Birtamode. As per the local organizersSahara Nepal, 5500 people attended the show.

The Birtamode show also launched the ‘Traffic Accident Minimization Campaign’. “The proceeds from the show will benefit in equipping Traffic management in State 1,” said Mahendra Giri of Sahara Nepal.

As announced, the show started exactly at 5:45 with a brief traffic awareness video followed by Nepathya’s music videos, Sa Karnali and Aina Jhyal.

The show was opened by the band with their first recorded song, Aganai Bhari. The big screen in the background showed Nepathya’s 25-year journey with images of all, who contributed to the band in their musical journey.

Acquainted with the fact that Nepathya concerts are punctual in nature, the audience had already started to flock in at 4 PM and by the time the timer ticked to the start line, the stadium was filled. The audience participated by singing and dancing all along from the very first song Aganai Bhari to the last, Jangi Nishan.

Birtamode is a highway settlement in the east-west national highway. It has now developed itself as an important center of Jhapa district. The visible economic indicators demonstrate Birtamode’s march to economic prosperity.

The venue better known as the host of a local football tournament was packed. Among the people hired to convert the football ground into a concert venue was a local tent house entrepreneur, Khokan Ghose. Nepathya entourage includes 5 truck-loads of equipment which includes stage, sound, lights and audio-visual equipment, all transported from Kathmandu. The assembling of the equipment that happened over 2 days resulted in a musical spectacular.

Nepathya performed a powerpack 2 hours setlist which covered songs from the initial hits to their latest release. From Chekyo Chekyo to Jomsome Bazaar to Mai Mari Jaunla, Resham, Tal ko Pani to Sirfula, the audience participated as a voluntary chorus for the show.

Nepathya had last performed in Birtamode in 2005 during the Sundar Shanta Nepal peace concert tour. The show was organized at the premises of Devi secondary School at 2 PM under a broad daylight.

“We then lived with fear as our Nation was drenched in conflict. Staying out of the house after dusk was considered risky, let alone organizing a concert. That was why we did our peace concert shows during the day.” Nepathya front-man Amrit Gurung recalled. “It is such a pleasure to now see our shows being organized in the evening amidst this spectacular display of lights. It is even satisfying to see all of you being able to attend the show and enjoy. This, I take as a sign of reinstating peace in the country.” He added.

He then went on to urge all to safeguard the reinstated peace.

Referring to the Traffic accident minimization campaign Amrit appealed from the stage, “Most of the traffic accidents happen when we break rules and hurry. Our life is too precious to lose for such negligence. I request all to follow traffic rules and make our roads a safer place to commute.”

The next stop of the tour will be Dharan, where the show will be locally hosted by MC Coffee Hour and Parikrama, a student group of BP Koirala Institute of Health Sciences.

Dharan show is scheduled for 23rd November at Dharan Stadium.

After Dharan, the show will travel west and perform in Butwal on 26thNov before concluding in Dhangadhi on the 29th of November. 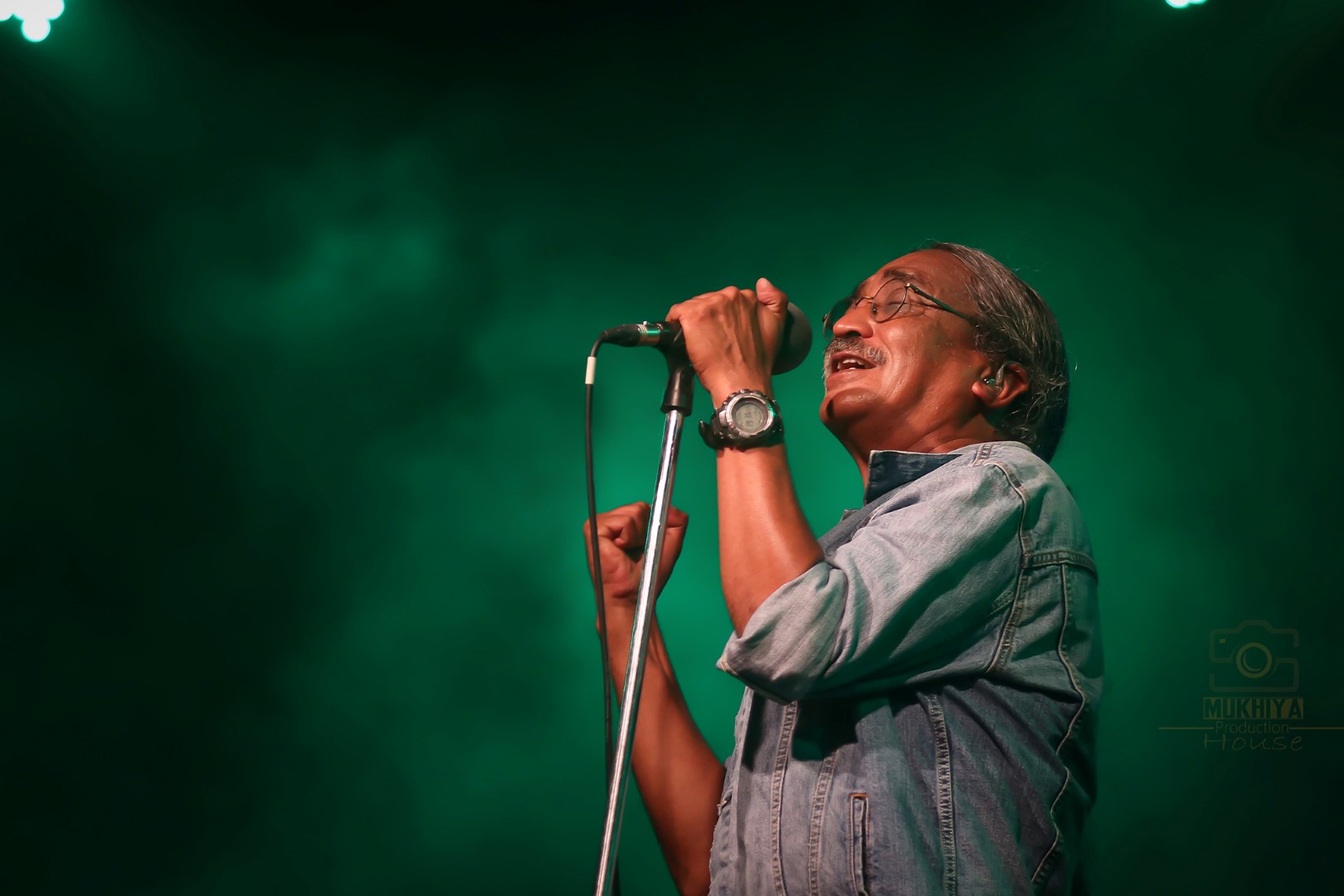 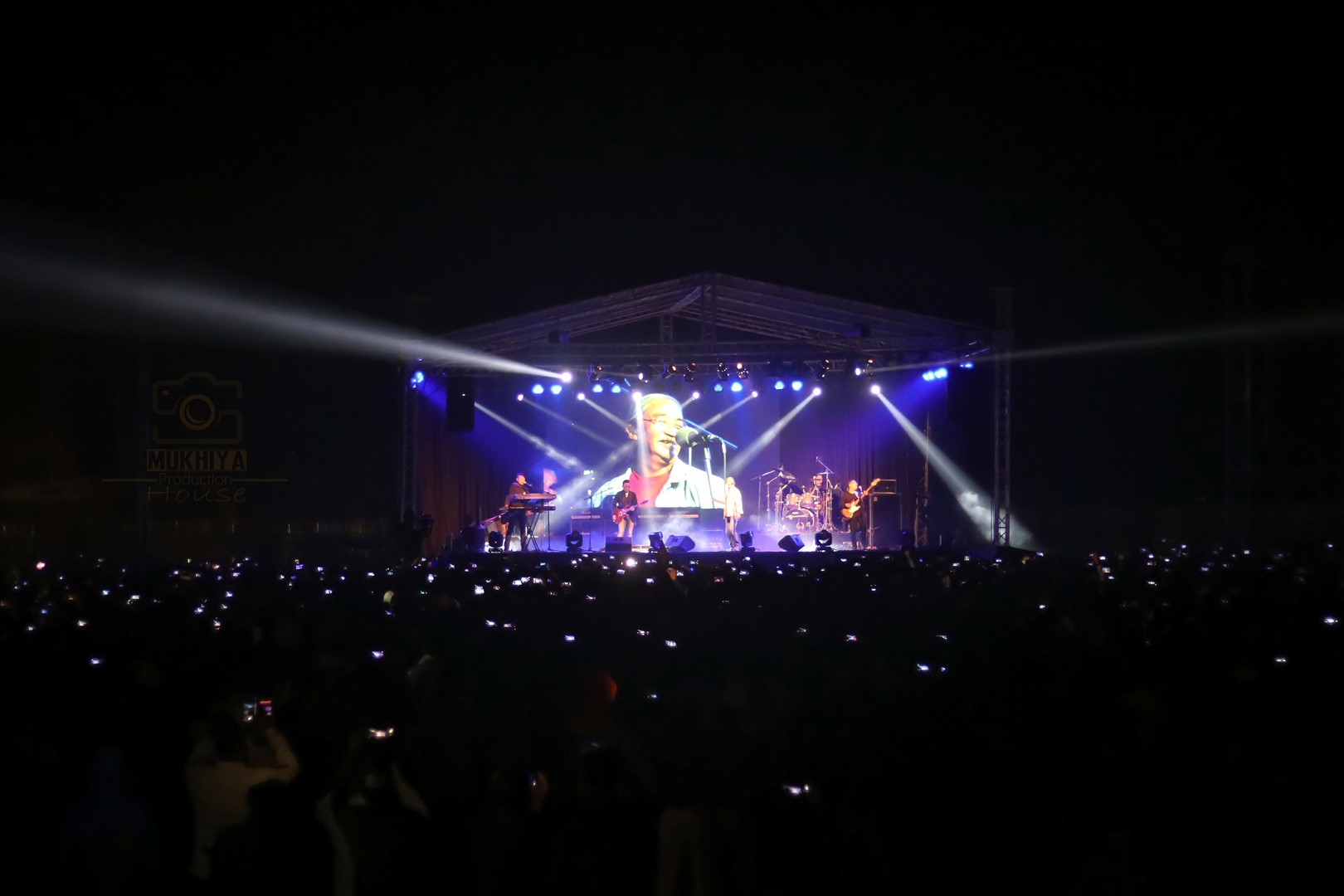 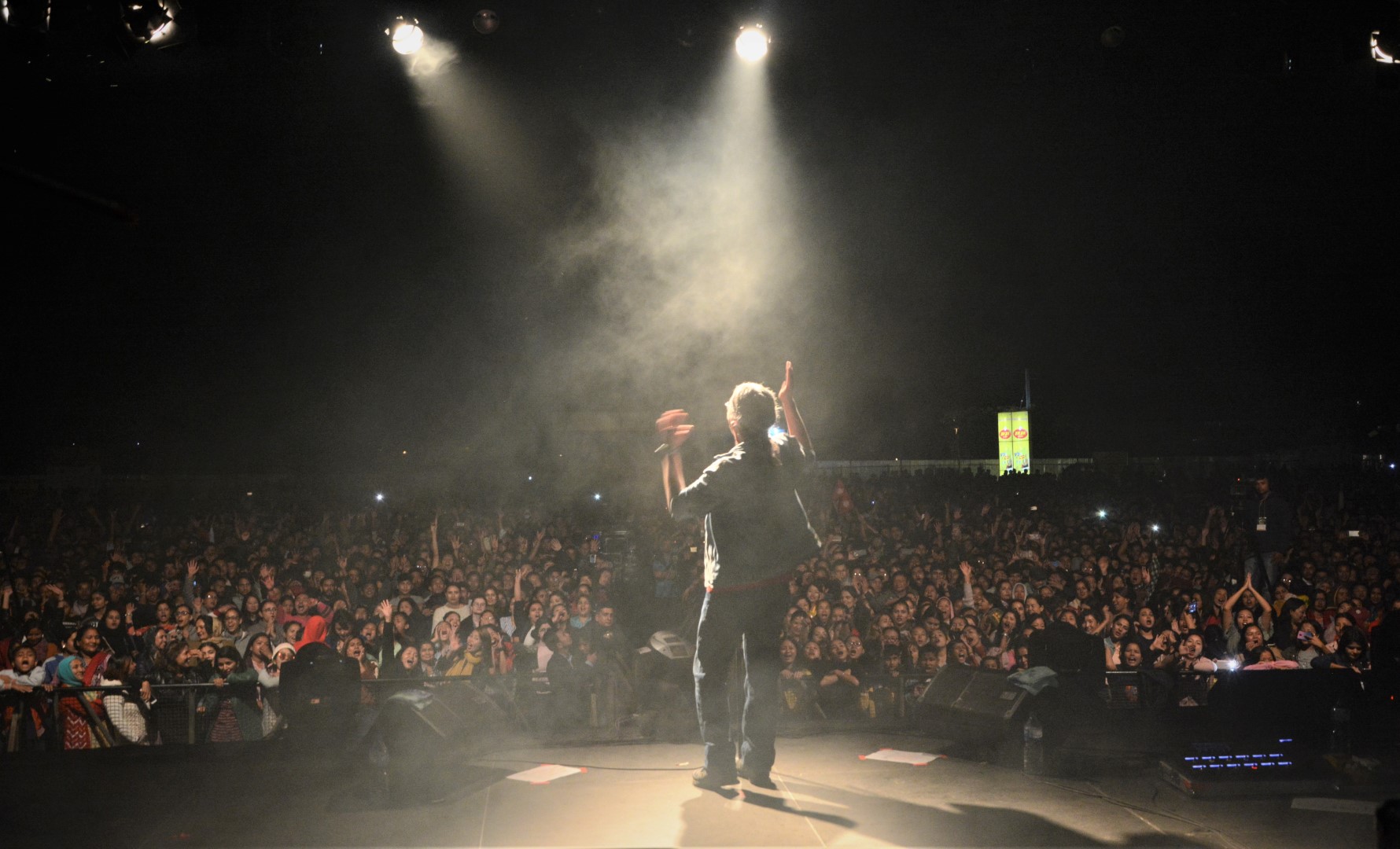