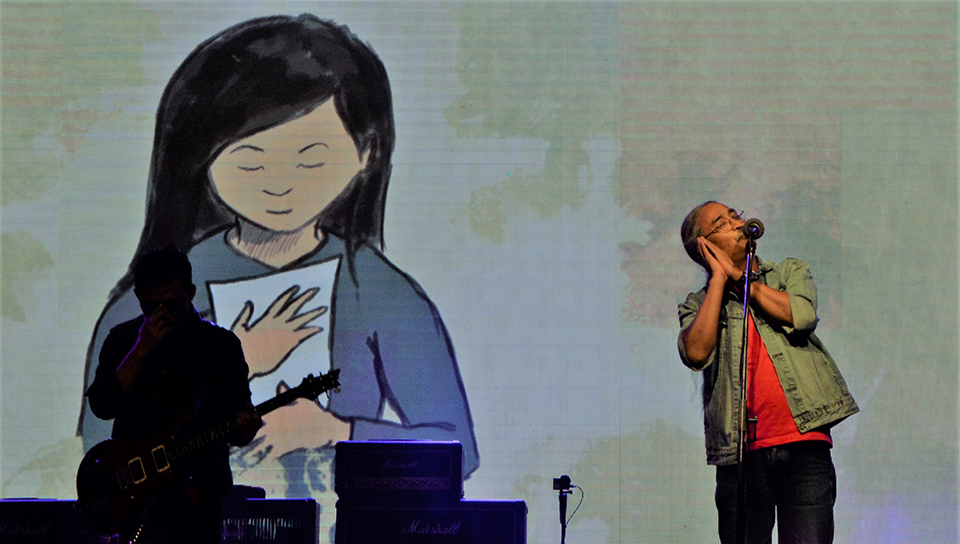 KATHMANDU, Sept 30: As the clock ticked 6:30 pm, the timer on the big screen zeroed in. Then came Nepathya’s iconic classic music video – Sa Karnali. The audience erupted with joy and started jumping to the beat.

Followed by that, Nepathya’s newly released video dedicated to Centenary man Kabibar Madhav Prasad Ghimire was played on the large screen. This sudden twist in beat and mood left the audience unaffected. The audience immediately swayed to the tune of the soft acoustic sound. With these two videos, the concert entered the live music mode.

As the countdown ended, Nepathya’s guitarist Niraj Gurung started playing the signature music of Nepathya’s favorite number Yo Zindagani. The audience started singing to the music even before the band’s frontman Amrit Gurung appeared on stage.

The synergy that started with the first song continued as the band proceeded with the set list well blended with the mixture of the band’s classic hits to its current releases.

Stating that the Swoyambhu concert was long due for the band, he said “This show is dedicated to our drummer Dhruba Lama, who hails from Swoyambhu. Dhruba has been with the band for 20 years and I thank Swoyambhu for contributing to Nepathya through him”, Amrit said this while introducing the band members. The crowd accepted the honor with a mass applauds.

In his signature style of communicating with the audience, Amrit shared his travel experience and asked all to travel the country. The pictures taken by Amrit during his travels were projected on the screen while he performed on stage.

Raising the issue of girl safety in the country, the band's frontman appealed for a safe environment for women in the society and called on all to contribute towards this end.

‘’The social fabric of our nation has been disrupted in recent times, Amrit said. He appealed for unity in diversity in these testing times and went on to perform patriotic numbers like Hami Nepali, Gaun Gaun Bata Utha and Rato Ra Chandra Surya.

Amrit was accompanied by Dhruba Lama on drums, Suraj Thapa on Keyboards, Subin Shakya on Bass, Niraj Gurung on Guitars and Shanti Rayamajhi on Madal.

The concert was organized by local Swoyambhu Club. 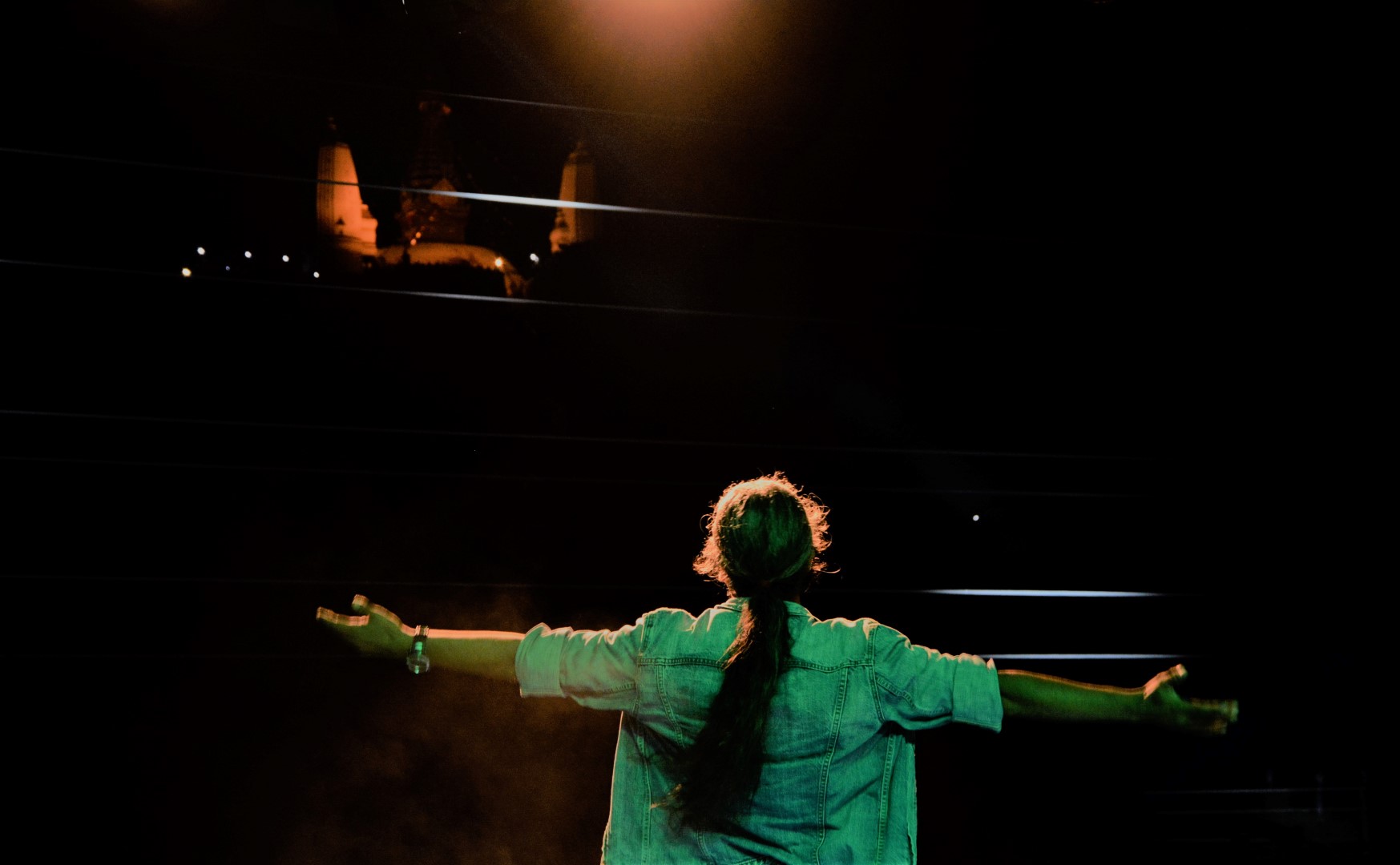 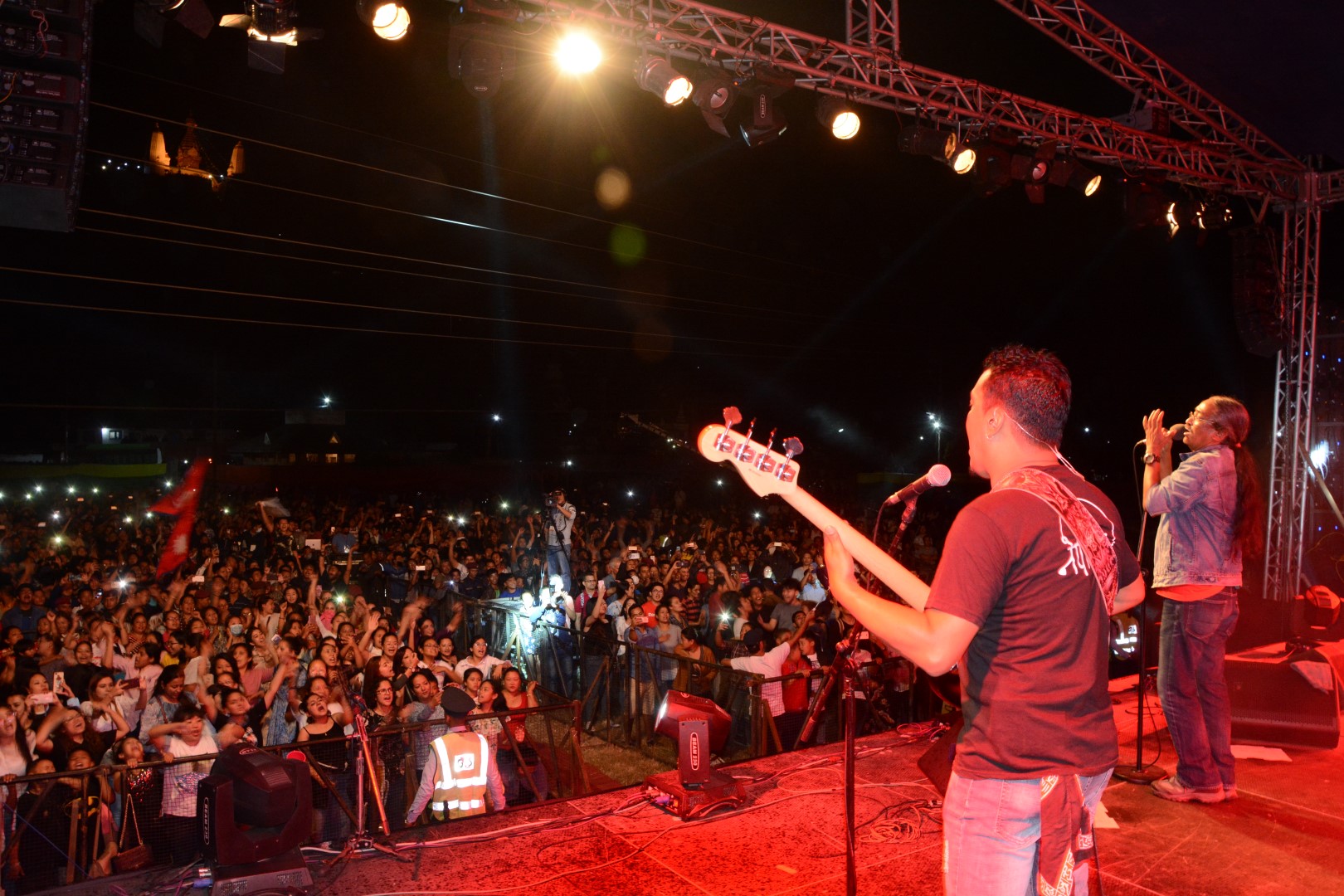 Nepathya to perform at Swoyambhu on September 29

KATHMANDU, Sept 2: Nepathya will perform in Swoyambhu on September 29 after a massive show in the UK. On September... Read More...

Nepathya is all set to embark on the Three City Concert Tour this January as part of their 25th anniversary... Read More...