Nepal's claim over Kalapani, Lipu Lekh and Limpiyadhura not based on historical fact or evidences: India 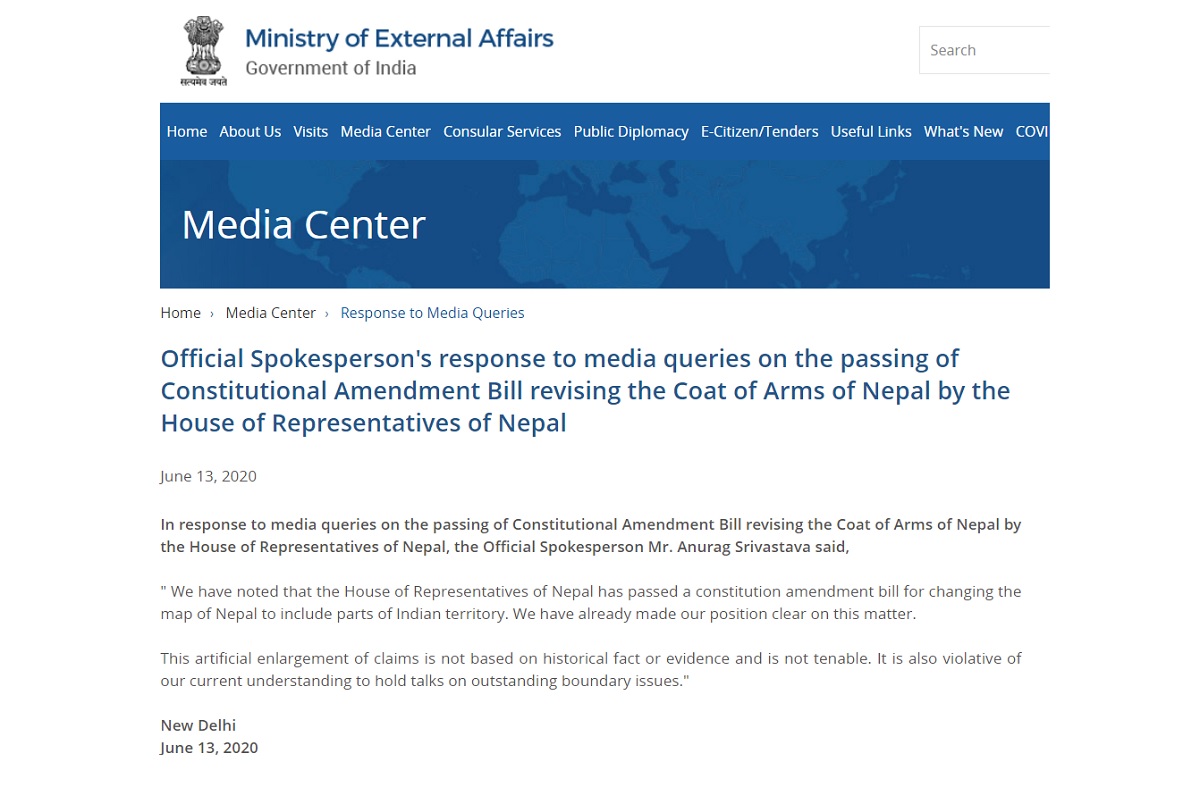 KATHMANDU, June 13: In its first official reaction after the House of Representatives unanimously endorsed the constitution amendment bill to pave the way for replacing Nepal’s map in the national emblem with the country’s new political and administrative map that includes Kalapani, Lipu Lekh and Limpiyadhura, India has said that “Nepal’s claim is not based on historical evidences.”

Spokesperson Srivastava said India has already made its position clear on the matter of the border issue. "The artificial enlargement of claims is not based on historical fact or evidence and is not tenable," he said. "It is also violative of our current understanding to hold talks on outstanding boundary issues."

The statement comes shortly after all political parties including the ruling Nepal Communist Party (NCP), the main opposition party, Nepali Congress (NC), Janata Samajbadi Party and Rastriya Prajatantra Party (RPP) represented in the lower house of the federal parliament voted in favor of the amendment bill on Saturday afternoon.