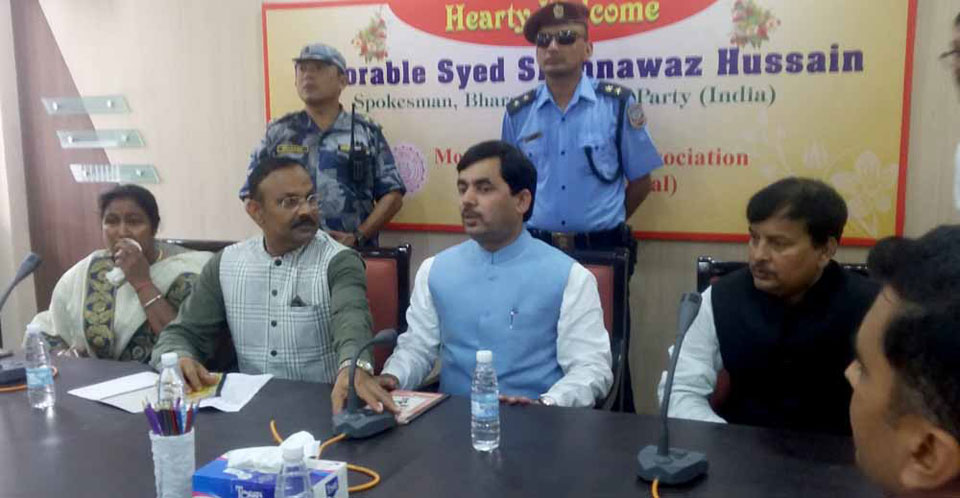 BIRATNAGAR, July 14: Bharatiya Janata Party (BJP) Spokesperson Syed Shahnawaz Hussain said that the Nepal-India relation is multidimensional and claimed the relation between the two countries is unique in the world.

Speaking at a program organized by Morang Chamber of Commerce, Hussain argued that because of the unique relation, it is obvious for India to express concerns about Nepal. "Nepal is our number one friend and the two countries have a relation of mutual trust," said Hussain.

Hussain, who arrived at border town of Kishangunj in India, came to Biratnagar following an invitation from Morang Chamber of Commerce.

He also suggested Nepali businessman to built resorts and hotel in bordering cities and towns to lure Indian tourists, mainly from Bihar.

President Bhandari emphasizes on role of law education for promotion of rule of law
21 minutes ago
Rs 10,000 fine slapped on Rajpur's mayor for not providing information
36 minutes ago