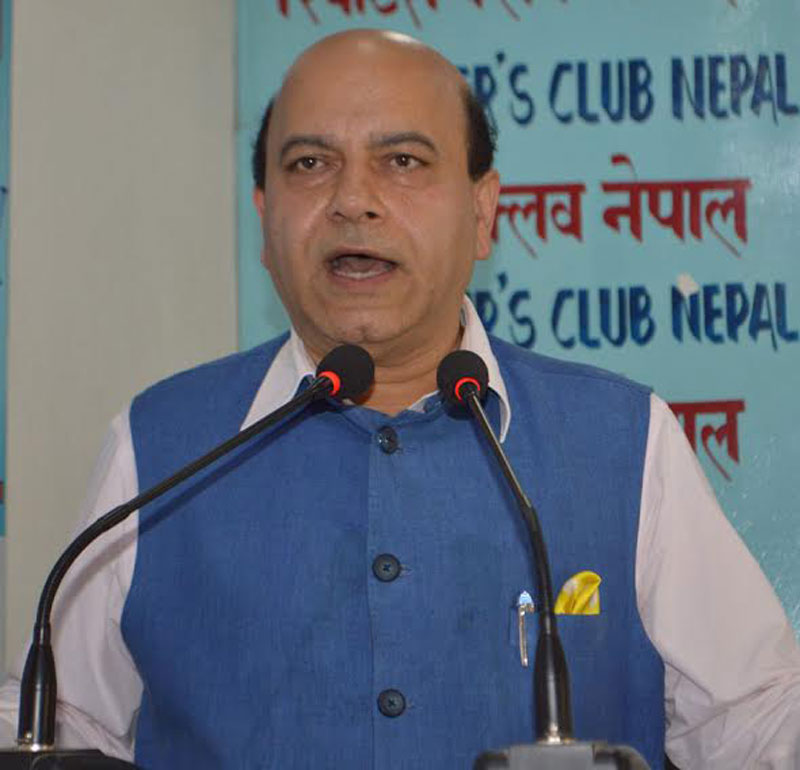 KATHMANDU, July 8: Bharatiya Janata Party (BJP) leader Bijay Jolly has said that the key to open the deadlock seen in the Nepali politics is in Kathmandu, not in New Delhi.

Speaking at a program organized by Reporters Club Nepal in the capital on Friday, Jolly said, "The Constitution of Nepal has been written by Nepalis. The stalemate seen in the constitution implementation has also been created by Nepalis themselves.”

He further said that the sit-ins staged by Madhesis along the border checkpoints in protest of the new constitution caused obstruction in the supply of goods.

“So just because of this, India can't be blamed. The key to resolve the political deadlock in Nepal is in Kathmandu, not in Delhi,” Jolly said.

Meanwhile, he also accused the Nepali political parties of making misleading statements on Nepal-India ties, saying that such baseless statements have further aggravated the bilateral ties between the two neighbors.

KATHMANDU, Aug 1:  A senior leader of the ruling Bharatiya Janata Party (BJP) in India has suggested to Nepal to pursue... Read More...

Two killed in separate accidents in Sunsari
41 minutes ago