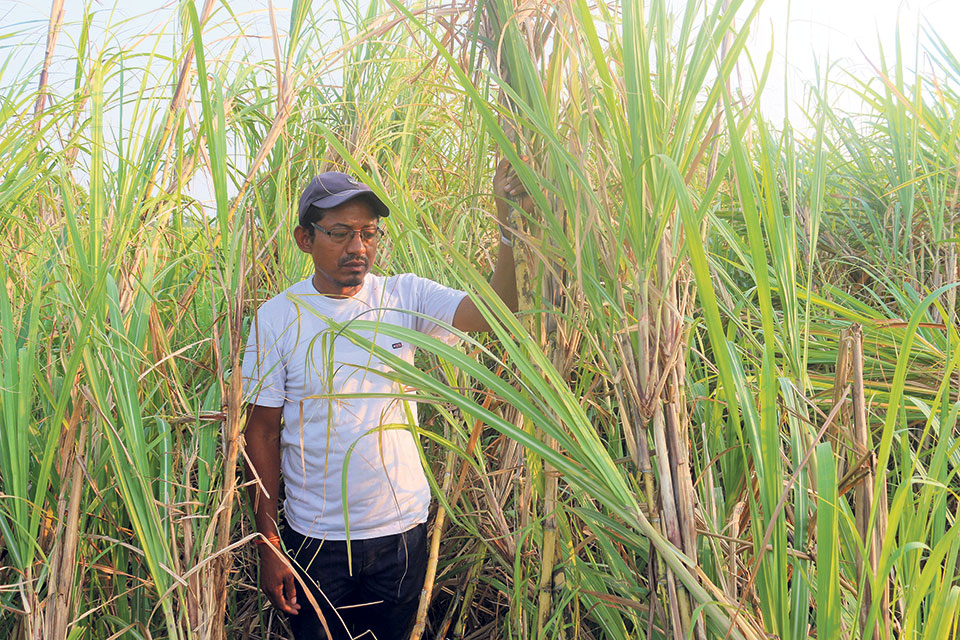 BUTWAL, June 13: Farmers of Nawalparasi are forced to sell sugarcane to mills on credit this year as well.

They say that farmers have not been paid for canes even though mills have already crushed around 1.3 million quintals this season. Mills have shut operation for the season even though about 100,000 quintals of canes are still to be crushed, leaving farmers high and dry.

Mills owe local farmers around Rs 690 million for sugarcane purchased this season. Many farmers, who were already living off on loans, do not know what to do next. Tek Narayan Chaudhary, one of the affected farmers, told Republica that he was unable to afford his daughter’s education. Chaudhary is one of the many farmers who are forced to sell their cash crop on credit and struggling to pay back loans. Early closure of factories has further compounded situation as tens of thousands of canes are left to dry in the sun.

Farmers say the concerned rural municipality and district administration office are doing nothing to resolve the issue.

The government has set minimum support price for sugarcane at Rs 536 per quintal. Of the total price, mills pay Rs 471 per quintal, while Rs 65.5 per quintal comes as government grant.

Bagmati Khadsari Mill of Kudiya in Susta Municipality-2 has to pay farmers a whopping Rs 330 million. Tanka Nath Kafle, executive director of the mill, said that they crushed 711,000 quintals of sugarcane this season. “We have not been able to pay the farmers as we are not finding buyers for sugar,” Kafle said.

“We had to use the funds set aside to pay farmers to repair our building which was damaged by the recent storm,” he said, adding: “We will start settling outstanding dues soon.”

He also said that mills were facing difficulty to pay farmers as banks have stopped issuing loans against sugar in godown.

Most of the mills seem to have taken a strategy of increasing price of sugar before settling dues with farmers. Factory gate price of sugar is Rs 62 per kg plus 13% of value added tax (VAT). However, mill owners are refusing to sell at that price arguing that it won’t meet even their cost of production.

KATHMANDU, Jan 3: Sugarcane is crushed to make sugar that sweetens our mouth. But the difficulties that sugarcane farmers in... Read More...

KATHMANDU, Mar 7: The government has not yet fixed the minimum support price for sugarcane although the crushing season is nearing... Read More...